Kansas Police Identify ‘Person of Interest’ in 1985 Cold Case Murder, But Police Can’t Make an Arrest. He Died In 2018. 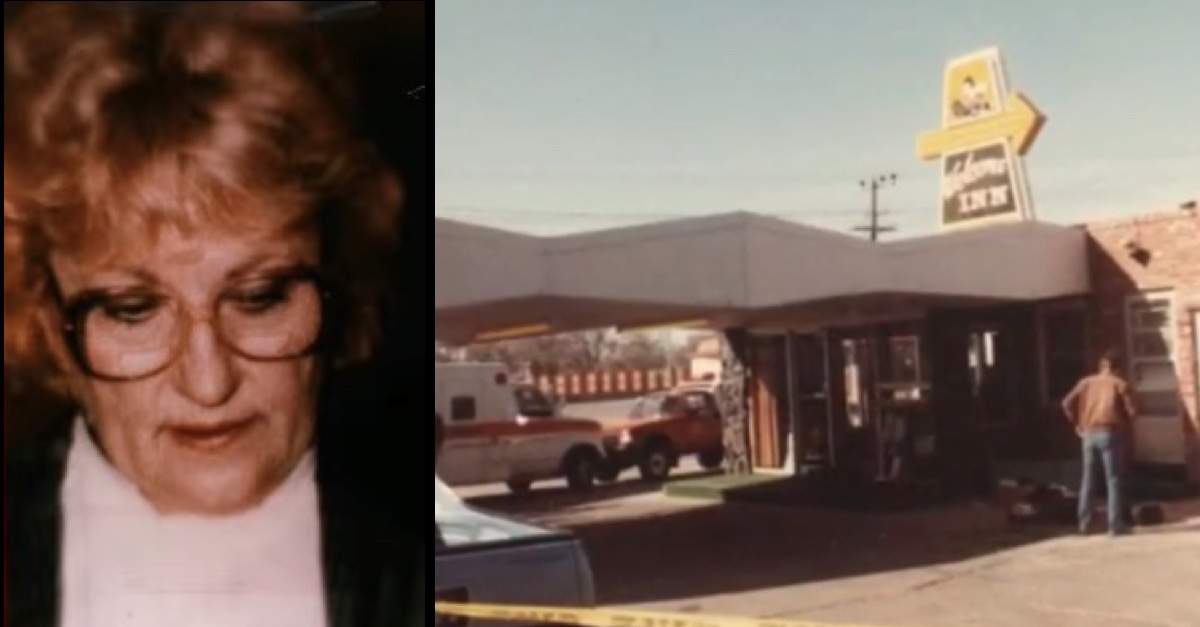 Police in Kansas have identified the man they think is responsible for an unsolved murder that occurred almost 40 years ago.

The body of June Bidleman, 58, was found in March 1985 at what was then the Welcome Inn Motel in Dodge City, Kansas. She had been sexually assaulted and beaten.

Now, Dodge City Police think they’ve identified the killer. They haven’t identified him by name, but police say that he had previously been on their radar.

But even if the police are right, it’s too late for justice: the “person of interest” they’ve identified died in 2018.

Dodge City Police said their “person of interest” in the case was interviewed 37 years ago, local NBC affiliate KSN reported. However, due to “misinformation” and a lack of a follow-up with some witnesses, officers got the original suspect description wrong, KSN reported.

Dodge City Police Captain Colleen Brooks reopened the case in 2013, and asked for the public’s help in 2019. She has completed 170 detailed reports on the case, and she has filled 11 case books with material, organizing every piece of evidence and information connected to the case, the Dodge City Daily Globe reported.

“A forensic examination revealed a person of interest I had not previously spent a lot of time looking at as a suspect,” Brooks said, according the the Daily Globe. “In looking at that, that is what led me to a witness in another state who I interviewed in July 2021 and that person was able to provide significant, clarifying information about the person of interest and what occurred that night.”

“That person was not in the room and did not witness what occurred, but that person was with him that night and was able to line up a lot of things that made sense,” Brooks told KSN. “There’s also other physical evidence on him that we didn’t know about, but that we found through a tiny little piece … on a patrol officer’s report.”

“For whatever reason, he appeared to have a bizarre sexual interest in older women and also a hatred for women at the same time, and also possibly, based on what I’ve got from the family, his family, it sounds to me like maybe some undiagnosed mental health, mental health illness going on,” Brooks told KSN.

Police wouldn’t reveal the name of the person of interest, only that he lived in Kansas and lived in the Dodge City area at the time of the murder, KSN reported.

“He was basically indigent at the end of his life and had nothing,” Brooks told KSN.

Bidleman’s family told KSN that they believe knowing that Brooks identifying a person of interest in the case will bring them some sense of closure, even if they never get their day in court.

“Went home and told my wife, I said, ‘I believe I met a lady that will solve this murder. I believe I met her today,’ and she did,” Marcus Coover, Bidleman’s son, told KSN.

“We are proud of the tireless work on this case by Captain Brooks,” the Dodge City Police Department said in a statement posted to Facebook. Not only is she charged with the oversight of our detective bureau, she took on the responsibility of this case for nearly a decade. She has done a great job for June and her family.”