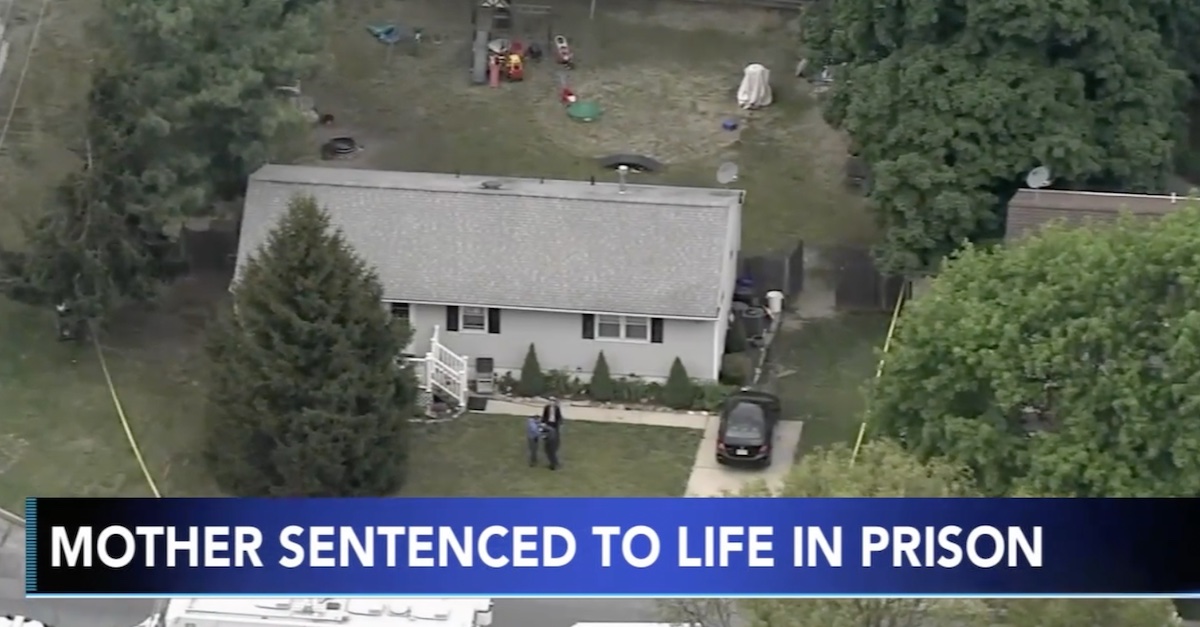 Scene of Sicklerville home where Axel Reynolds was found dead.

A 45-year-old New Jersey woman will spend the rest of her life behind bars for killing her 17-month-old son who was suffocated to death with a cleaning wipe in 2018.

Camden County Superior Court Judge Gwendolyn Blue ordered Heather Reynolds to serve a sentence of life in prison without the possibility of parole for the murder of young Axel Reynolds, prosecutors announced.

Following a nine-day trial, a jury in July convicted Reynolds on one count each of murder, possession of a controlled dangerous substance (methamphetamine), and endangering the welfare of a child. Prosecutors argued that she killed the boy while high on methamphetamine because he posed an impediment to her extramarital affair.

“Before the sentencing of Reynolds, Judge Blue listened to members of the victim’s family discuss how the defendant’s crime had affected their lives before imposing sentence,” the Camden County Prosecutor’s Office said in a Tuesday press release.

As previously reported by Law&Crime, police in Gloucester Township in the early morning hours of May 10, 2018 responded to a report of a child unresponsive on a lawn of a home located on Marcia Court. Neighbors reportedly called 911 and said that Reynolds was holding on to Axel’s lifeless body and screaming for help.

According to a report from NJ.com, the toddler had visible bruising around his nose and mouth and emergency medical technicians reported smelling something similar to alcohol on his face. Reynolds initially claimed she had fed her son at 6 a.m., but reportedly changed her story after medics informed her that Axel had clearly died well before that time.

Prosecutors reportedly claimed that prior to being accused of wrongdoing, Reynolds approached an EMT and said of her son’s death, “It’s not suspicious. I didn’t do anything wrong.” 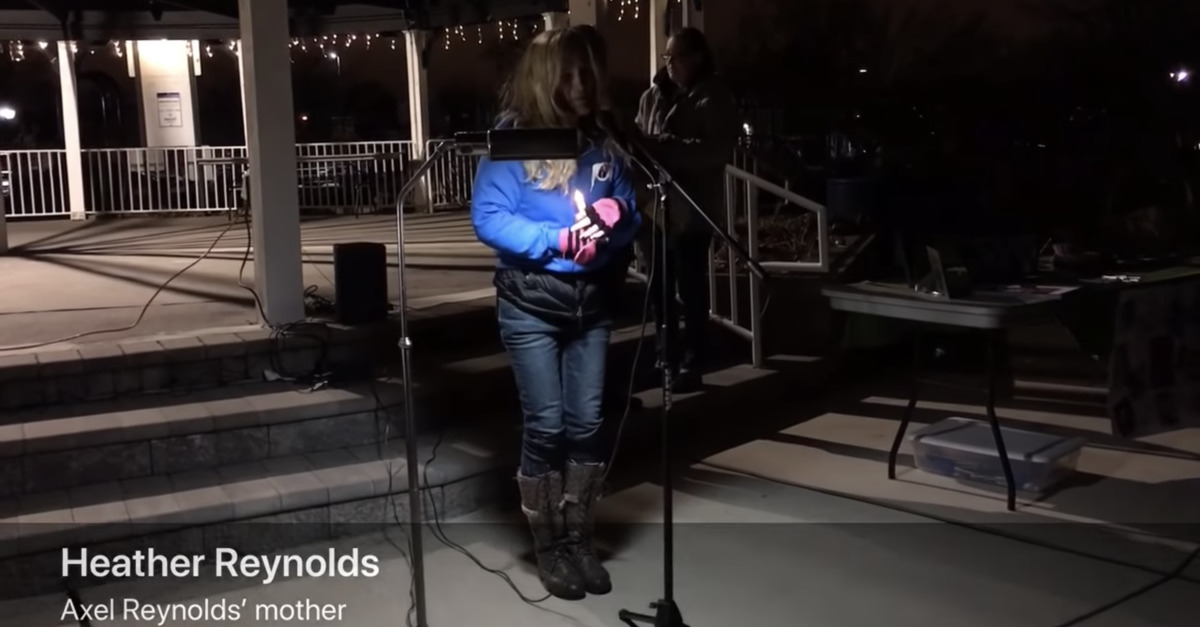 Heather Reynolds at a 2018 memorial for Axel Reynolds, NJ.com/YouTube screengrab

An autopsy determined that Axel’s death was a homicide caused by suffocation. Prosecutors suggested that Reynolds held a cleansing wipe of some kind over the child’s nose and mouth, which would account for the bruising on his face as well as the isopropyl alcohol and acetone found in the toddler’s system.

“A review of the text messages between the defendant and her boyfriend from the previous night reveal that the defendant was becoming frustrated by the boyfriend’s apparent lack of interest,” CCPO Homicide Section Chief Peter Gallagher said at the time, according to NJ.com. “And witnesses also told detectives that the defendant had expressed the sentiment that her toddler son, the victim A.R., was an obstacle to her relationship with her boyfriend.”

When Reynolds was charged with murder in June 2019, her relationship with the aforementioned boyfriend had already ended and he agreed to appear as a witness against Reynolds. Reynolds then set out to have the former boyfriend killed, prosecutors alleged.

Jeffrey Callahan, Reynolds’ subsequent boyfriend, and Reynolds in 2021 were both charged with conspiring to have the former boyfriend killed in a murder-for-hire plot.

Callahan allegedly offered someone up to $25,000 for killing the target, Gallagher said, according to The Courier Post. His plan, the witness allegedly said, was to wait until after the Reynolds case wrapped up — otherwise, it would be too obvious.

Callahan allegedly called the target a “dead man walking,” and discussed wanting to put a bullet in the man’s head in several social media posts. He was also recorded saying Reynolds wanted the man dead and “her family had the money to pay for it,” according to the probable cause statement obtained by the Post.

Callahan in July pleaded guilty to witness tampering for withholding evidence. He was sentenced to time served (456 days) and two years of probation, per the Post.

In addition to the life sentence for murder, Reynolds was also sentenced to serve a concurrent eight-year prison term for the child endangerment charge as well as a concurrent four-year sentence for the meth possession charge.