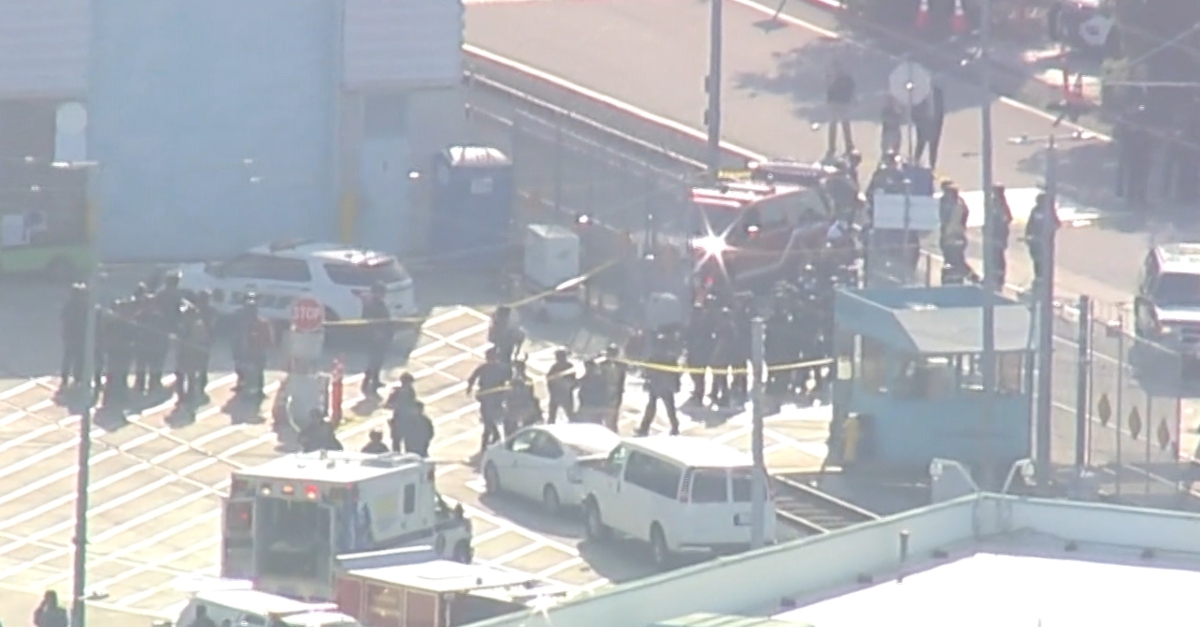 Law enforcement response to the shooting at a Santa Clara Valley Transportation Authority rail yard on May 26, 2021.

Multiple people were shot and killed Wednesday at a Santa Clara Valley Transportation Authority rail yard in San Jose, California, say local deputies. Santa Clara Sheriff’s Office spokesman Russell Davis initially said there were “multiple victims and multiple causalities,” according to KGO. He noted that the suspect is dead. Some of the injured were identified as being employees of the Valley Transportation Authority. An update later in the day said there were eight people killed.

Another mass shooting in the United States – this one in San Jose, California. Sheriff’s Department now reports 8 people killed.

UPDATE****
Shooter is down

The victims have not been identified. Authorities initially only said the suspect was a man. In an update, Davis described the individual as an employee of the VTA.

The suspect was named as Samuel Cassidy in an NBC Bay Area report. Authorities were investigating whether a fire at his home Wednesday was set before the shooting. The San Jose Police Department’s bomb squad responded to that scene.

JUST IN: San Jose officials say “there are multiple injuries and multiple fatalities” from shooting at VTA facility, cautioning that information is “preliminary.” https://t.co/qEvtxR3I4n pic.twitter.com/FHWbhje4R8

“Our hearts are pained for the families of those we have lost in this horrific shooting,” said San Jose Mayor Sam Liccardo (D). “The shooter is deceased, and more information will be provided at 9:30am.”

The Sheriff’s Office has set up a reunification center for families at the County Building at 70 Hedding St., near 1st Street. In the @VTA family, we mourn our lost coworkers and pray for the recovery of those being treated.

The shooter reportedly died from a self-inflicted gunshot wound, but officials said in their update that the cause of death has yet to be determined.

Update: @SCCoSheriff spox confirms multiple deaths and injuries and that shooter is dead. We’ve been told the shooter died from a self-inflicted gunshot wound. Shooting happened during busiest time of the day at railyard. Victim reunification is at Sheriff HQ. No active threat https://t.co/oQXTtNGuOb

Update – 3:06 p.m.: We added more information about the shooting.