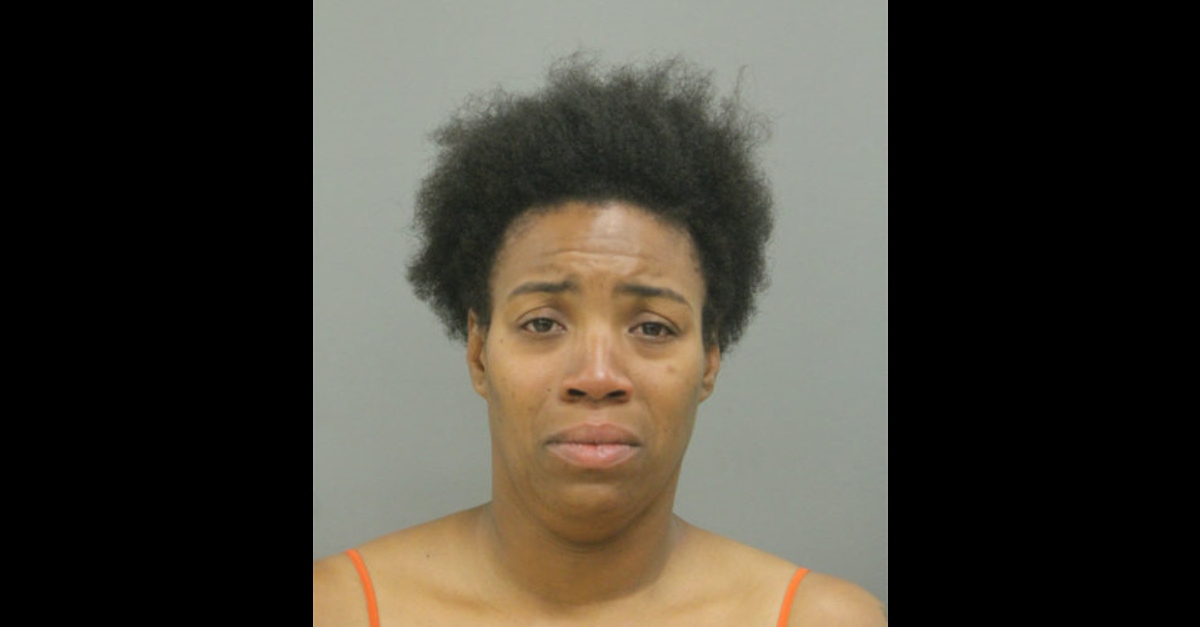 A mother allegedly murdered her own child because of a petty squabble. Illinois woman Fallon Harris, 37, faces a count of first-degree murder, Chicago cops tell Law&Crime. She is being held without bond after prosecutors said she shot and killed son Kaden Ingram, 12, according to WBBM.

It was all over an SD memory card for her vehicle, Cook County prosecutors said in court Sunday. She allegedly blamed her son Saturday morning, saying the card was taken out the night before. Harris told Ingram at gunpoint to give it back, and she shot him when he did not, prosecutors said.

So many questions here…

The initial shooting was captured on audio, authorities said. The boy survived this, but Harris first answered a phone, returned to demand the card again, then shot him a second time when he insisted he did not know its whereabouts. This second shooting appeared on video, authorities said. The murder weapon was a silver revolver. Cops found the young man on the kitchen floor, according to this version of events.

Ingram died at the hospital, prosecutors said. In addition to audio and video evidence, authorities also cite Harris’ alleged phone confession to two family members. She said she shot Ingram because he would not give back the memory card, prosecutors said. She also allegedly brought cops to the firearm. It was alleged that according to relatives, Harris had showed paranoid behavior.