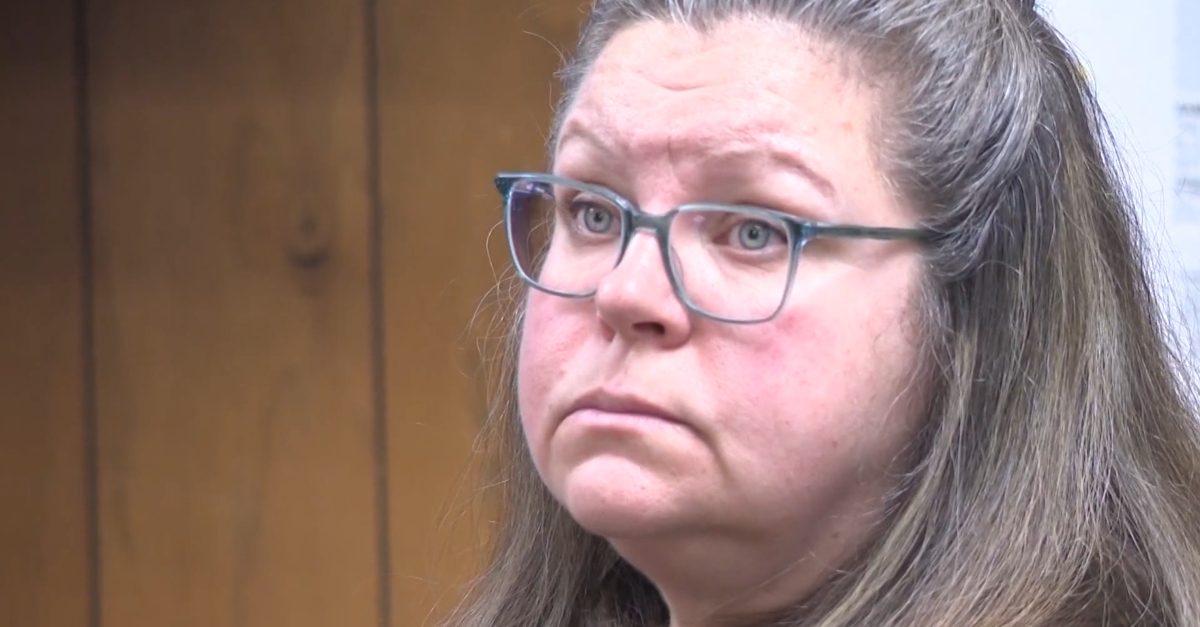 Jurors convicted an Ohio woman for the charge of murder for fatally leaving her newborn baby son in the woods in a garbage bag. They acquitted defendant Gail Eastwood-Ritchey, 51, on Monday for the other count of aggravated murder.

The defense told that courtroom in Geauga County, Ohio, that the infant was stillborn on that fateful day in 1993.

“She was isolated and alone,” attorney Steven Bradley said of his client at opening statements, according to The New York Times. “There was no one to confide with. She was alone with a group of people in her world that never saw her as pregnant. Neither did Gail.”

The prosecution, however, maintained, that she treated the baby “like a piece of garbage,” according to WJW, a local Fox affiliate. Eastwood-Ritchey tossed him into the woods and did not even bury him, a prosecutor said.

Shirley Jenkins, who was delivering newspapers, found the newborn on March 25, 19993. Animals had mauled the baby, later buried as Geauga’s Child. He had been dragged to the side of the road, lost an arm and a leg, and had a torn back.

Authorities said they were able to track down Eastwood-Ritchey as the mother years later because of genetic genealogy. Using the baby’s DNA, they first found distant relatives, and then got a search warrant for DNA from Eastwood-Ritchey, her husband, and her sister.

Eastwood-Ritchey, who did not testify at trial, told investigators in an interview that she learned about the pregnancy about 3 months before the birth. At the age of 22, she began to give birth while at work as a nanny.

“I know I was giving birth to the baby in the the toilet,” she reportedly said. Not knowing what to do, she put the baby in a bag, she said in her account.

She had no idea what the sex was, and never looked at the baby, she said.

She and the baby’s father were not married at the time, though they would go on to do so and raise three now-grown children.

“My father was very adamant about not having children before you’re married,” she said, according to WJW. “I was afraid of what his family would think.”