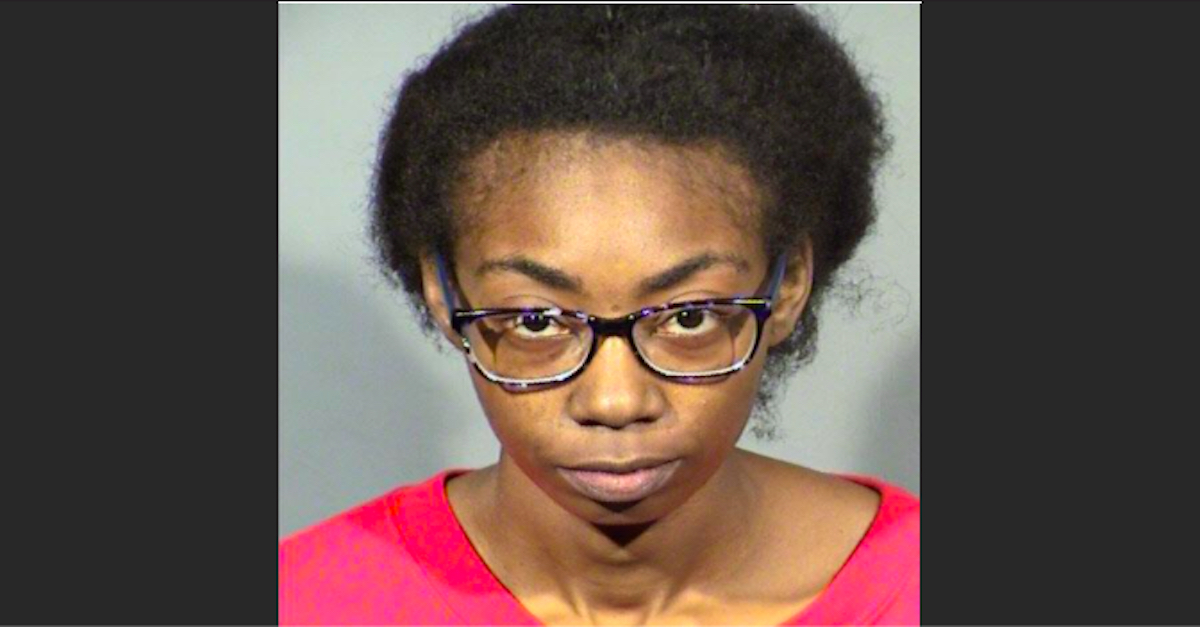 Police in Las Vegas arrested a woman accused of killing her two-month-old son more than a year after authorities said the infant died as a result of brutal abuse.

Tattiyona Wilson, 27, was taken into custody on Oct. 5 and charged with one count of open murder and three counts of child abuse resulting in substantial bodily or mental harm. Her child Xaden Jackson was pronounced dead at University Medical Center on Sept. 27, 2020.

Under Nevada law, the charge of “open murder” is a general allegation of murder that encompasses first and second-degree murder as well as voluntary and involuntary manslaughter.

An autopsy conducted by the Clark County Coroner’s Office on Sept. 28, 2020 determined that the child’s death was a homicide resulting from blunt force trauma consistent with abuse, the Las Vegas Review-Journal reported. The infant suffered three separate skull fractures, one of which appeared to have been inflicted within 72 hours of his death.

An arrest report obtained by Las Vegas FOX affiliate KVVU-TV stated that on the day of Jackson’s death, detectives with the Las Vegas Metropolitan Police Department interviewed Wilson and the boy’s father. Wilson reportedly told police that she was watching a football game on television and fed the child at halftime before putting him in his crib for a nap and falling asleep herself. She noted that the baby was face-up and nothing else was in the crib other than a blanket. She awoke to her oldest son calling for her and found Xaden was “limp” and “warm” in the crib, she reportedly told the police.  She then told her husband to call 911.

Wilson “repeatedly denied harming the baby” in initial police interviews, saying she “had no idea what could have caused Xaden to die,” the Review-Journal reported.

Xaden’s father, whose name was redacted from the arrest report, reportedly told detectives that he used Wilson’s phone to place the 911 call after she woke him.

As investigators continued to press for answers, Wilson’s story about the circumstances surrounding Xaden’s death allegedly continued to change.

During an Oct. 2, 2020 polygraph test reportedly administered by the FBI, Wilson allegedly said that she woke up, heard Xaden crying, and found her oldest child “standing on top of” the infant. She reportedly told police she changed her story because she was “nervous” and may have been confused about the day’s timeline. She later said she wasn’t sure if the older child harmed Xaden but reportedly said it was a possibility. The reports say Wilson did not pass the polygraph test, but polygraph results are generally and oftentimes not admissible in court because they are not inherently reliable.  Statements made during polygraph exams, however, are frequently admissible.

“(A detective) confronted Wilson again about changing her story when she spoke with (a witness,)” police wrote in the report. “Wilson advised that she had never been through an incident like this before. She changed her story because it ‘was a lot.’”

Investigators later searched Wilson’s phone and reportedly wrote that they discovered “several suspicious searches in her internet browser history,” though details about what they found were redacted, the Review-Journal noted.

Wilson is currently being held at the Clark County Detention Center on $25,000 bond. She is currently scheduled to appear in North Las Vegas Justice Court for a preliminary hearing on Dec. 1.