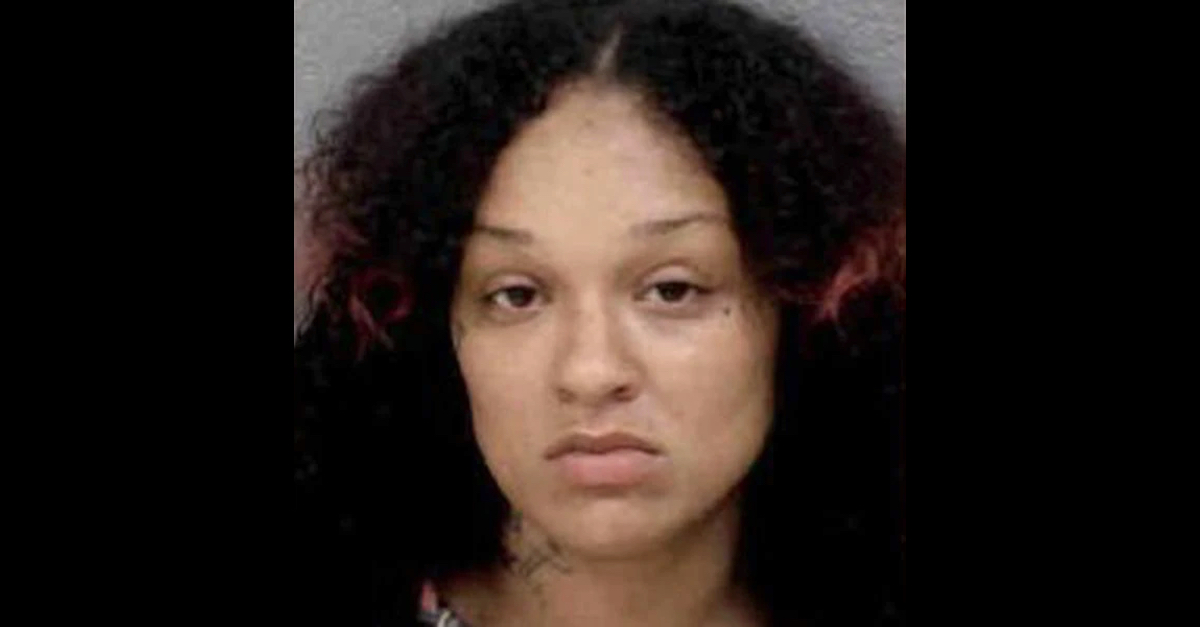 Malikah Diane Bennett is seen in a police mugshot.  (Image via the Charlotte-Mecklenburg Police Department.)

A mother is under arrest in North Carolina on murder and other charges connected to the death of a missing four-year-old girl authorities strongly believe to be the woman’s daughter.

Charlotte CBS affiliate WBTV reported the body of the child found dead Friday at 3720 Braden Drive has not yet been positively identified. However, the suspect’s daughter has been missing for about four months, the report said, and authorities “received tips foul play may have been involved” with the girl’s disappearance.

Fox affiliate WJZY reported that the girl’s body was buried in the backyard. 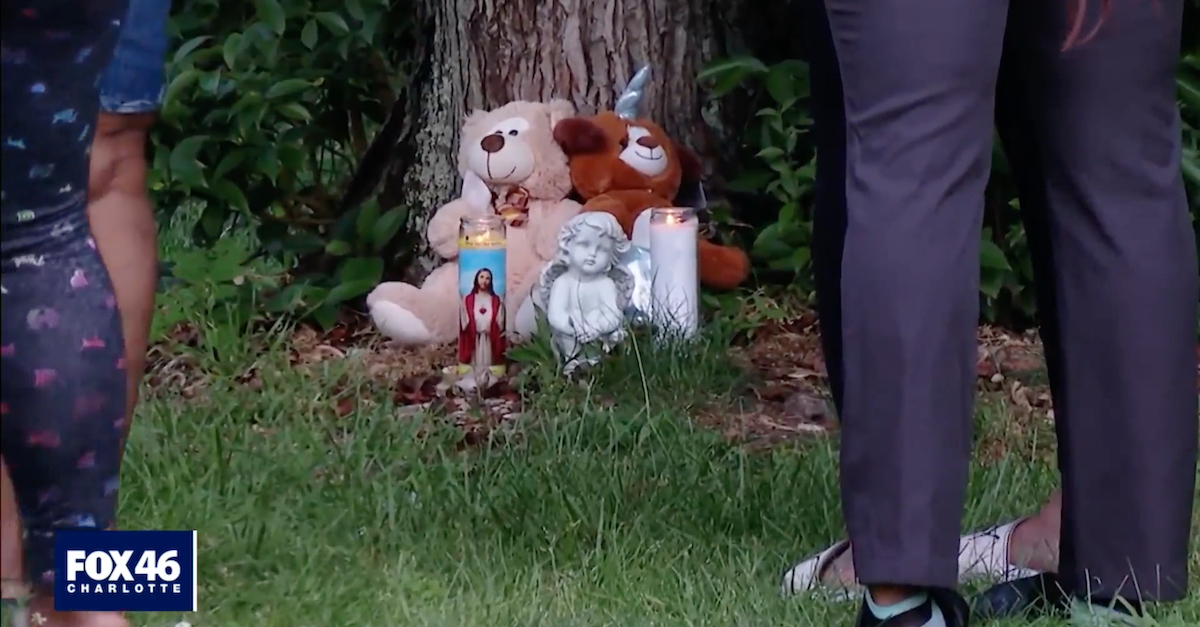 A makeshift memorial began to grow at the suspected crime scene. (Image via screen capture from WJZY.)

Bennett was among those who “came forward voluntarily to be interviewed by detectives,” the WBTV report went on to say.

Charlotte CW affiliate WCCB suggested the following timeline of events.  Tip callers were concerned that the child had not been seen for some time.  Detectives with the local police department’s missing persons unit were initially assigned to figure out where the child might.  What they uncovered increasingly pointed toward a nefarious death, so homicide detectives took over the case. They eventually went to the home and discovered the child’s remains.

The Charlotte-Mecklenburg Police Department “brought in cadaver dogs during the search,” local ABC affiliate WSOC reported. The station clarified, however, that is is unclear whether the dogs directly led to the discovery of the body or were simply on the scene.

That station said a large area around the home was roped off Friday evening. 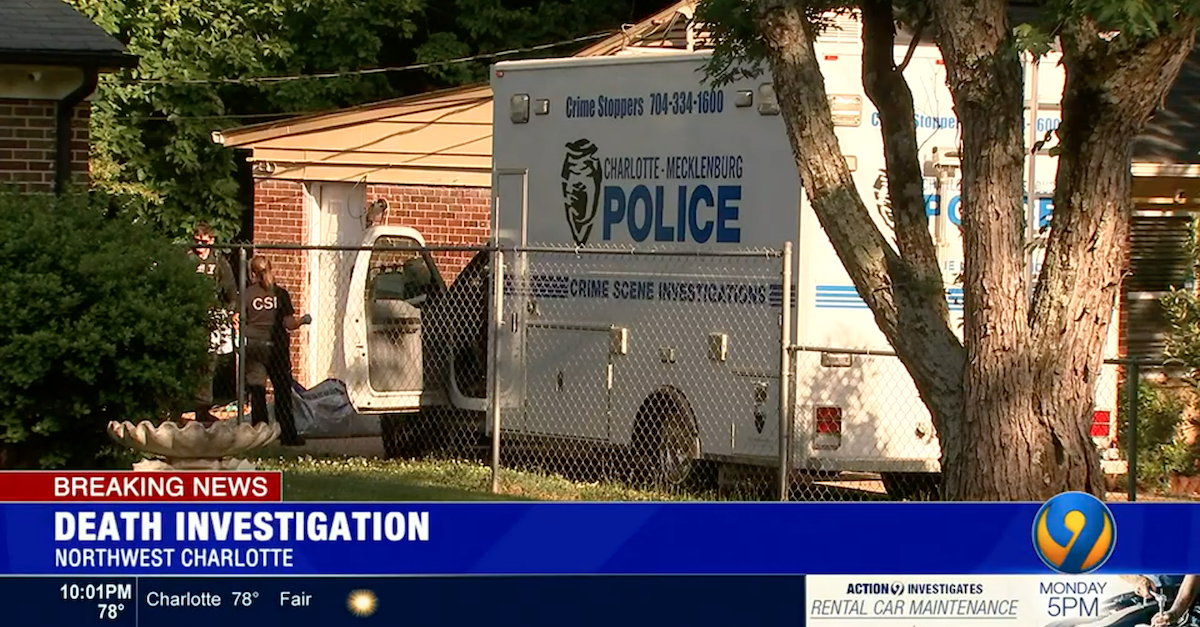 Officers worked the home where the girl’s remains were found. (Image via WSOC-TV screengrab.)

Neighbors and school staffers “immediately” began building a memorial to the victim, both WSOC and WJZY said.

“A lot of emotions because I work with this family,” school social worker Melanie Williams told WSOC. “Part of me is, like, ‘did I miss something?'”

Williams told WJZY that she stopped by to support family and neighbors because the entire school community was hurting.

“Really, just, prayers for everybody that’s involved in this because it’s really a bad situation,” said teacher Lashonda Alexander.

Alexander told WJZY the suspect “had been going through so much the last few weeks.”  The report did not elaborate on what the defendant’s circumstances might be. 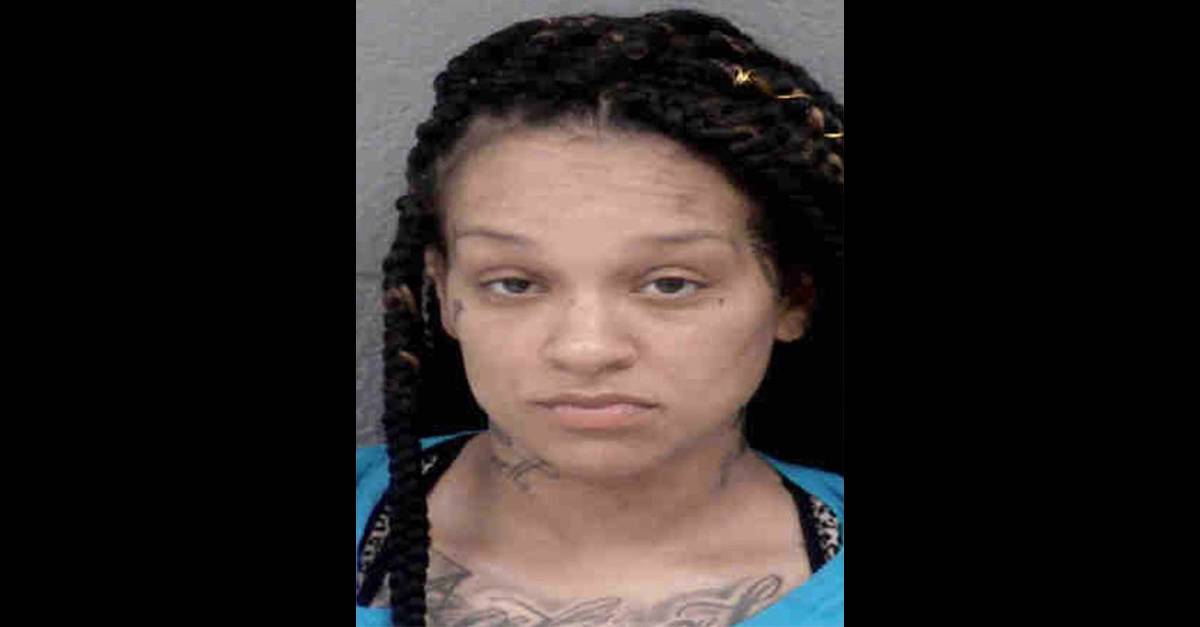 All of the local reports said the victim had not been named. The Charlotte Observer reported that police plan to release her identity once she is positively identified.

The victim’s cause and manner of death have also not yet been released, the paper added.