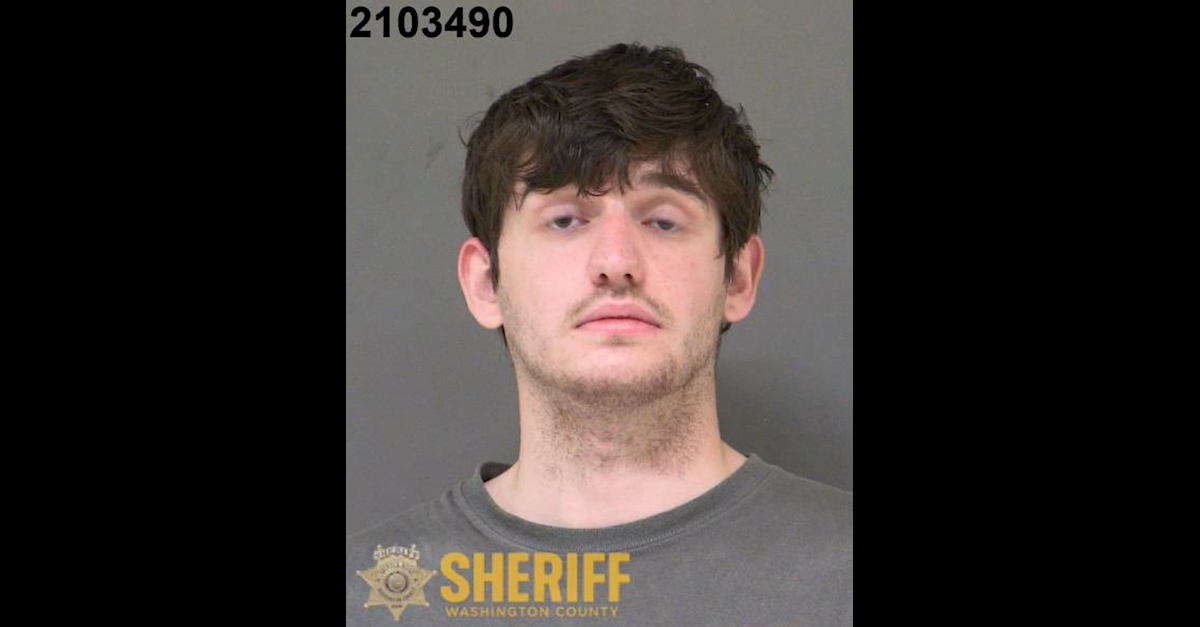 A sheriff’s department in Oregon says it derailed a “detailed plan” by a 21-year-old man “to use GPS trackers and lock picking equipment” to kidnap, shoot, and kill an ex-girlfriend. That man now faces a ten-count indictment.

According to a news release, the Washington County Sheriff’s Office arrested Conner Charriere after his ex-girlfriend from Aloha, Ore., near Portland, reported that he “tried to break into her apartment overnight.”

“Around the same time, the Beaverton Police Department got a phone call from an out-of-state witness who was receiving messages from the suspect,” the news release says. “Those messages contained Mr. Charriere’s detailed plan to use GPS trackers and lock picking equipment to kidnap the woman and then shoot and kill her.”

Deputies caught up with Charriere and arrested him at his house in Cedar Hill, Ore. A subsequent search warrant turned up a trove of tools which could have been used to target and tantalize the victim before authorities say they thwarted the plot: a “gun, extra ammunition, zip ties, duct tape, lock picking tools, and the packaging for a GPS tracker” were all taken and tagged into evidence.

The tracker itself, authorities say, later turned up “on a car connected to the victim.”

Jail records suggest the defendant’s bail is set at $500,000 and that he remains locked up pending other proceedings.

A state court system database is down for maintenance this weekend. Accordingly, Law&Crime could not locate whether Charriere has an attorney of record or when he is scheduled to appear in court.