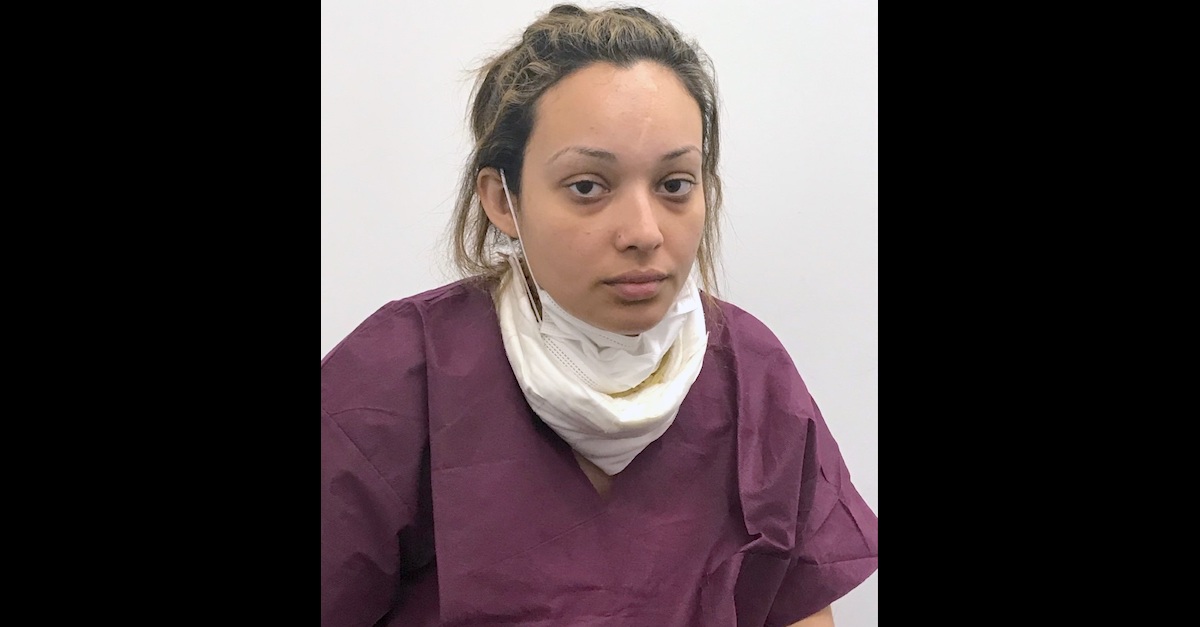 A Maryland woman is accused of attempting to kill her own 3-year-old daughter with a pair of scissors — then turning the blades on herself. Authorities say the daughter’s injuries were so severe that she needed to be flown to the hospital in a helicopter, and doctors reportedly said the girl would have died had the police not acted quickly to save her.

Anne Catherine Akers, 28, of Hathaway Drive in the Wheaton-Glenmont area of Montgomery County, is charged with one count each of attempted second-degree murder, first-degree assault, and first-degree child abuse. The cases against her are proceeding in Rockville District Court.

“A sentence imposed under this section may be separate from and consecutive to or concurrent with a sentence for any crime based on the act establishing the violation of this section,” the statute reads.

The Montgomery County Police Department said the case began to unfold Saturday morning. A relative called 911 and reported that he went to visit Akers’ home “and observed blood on the floor of the residence.”

Officers were dispatched. The found “blood and a pair of scissors on the floor.”

Washington, D.C. CBS affiliate WUSA-TV reported the relative referenced by police was actually the defendant’s father. Citing court documents, the television station said the father arrived home at 2 a.m. Saturday but had to sleep in his car because the defendant had changed the locks. The father called a locksmith when he still couldn’t enter the house by 9 a.m. He discovered the bloody scene once he was finally able to access the property.

The report continued by stating that “all the knives” in the house “were out” when officers arrived. “[S]alon scissors” were “on the floor in the hallway.”

From a press release dated Monday:

Officers located Akers on a bedroom floor suffering from a laceration to her neck; they began to assess her injuries. Officers removed a blanket Akers was holding and observed her three-year-old daughter with a life-threatening laceration to her neck. Officers immediately began life-saving measures on the three-year-old. Fire and Rescue personnel arrived and transported Akers to a local hospital with serious injuries. A Maryland State Police helicopter transported Akers’ daughter to an area hospital with life-threatening injuries.

Physicians who treated Akers’ daughter at the hospital stated to detectives that in their opinion, without the officers’ immediate life-saving actions, the three-year-old’s injuries would have been fatal.

Jail records reviewed by Law&Crime indicate that Akers remains locked up in the Montgomery County Correctional Facility as of the time of this report.

WUSA reported that Akers will undergo a “court-ordered mental health evaluation” before he case moved forward. The TV station added that Akers is scheduled for additional court hearings on April 8 and April 23.

Watch the station’s report below:

[image via the Montgomery County, Md. Department of Police]