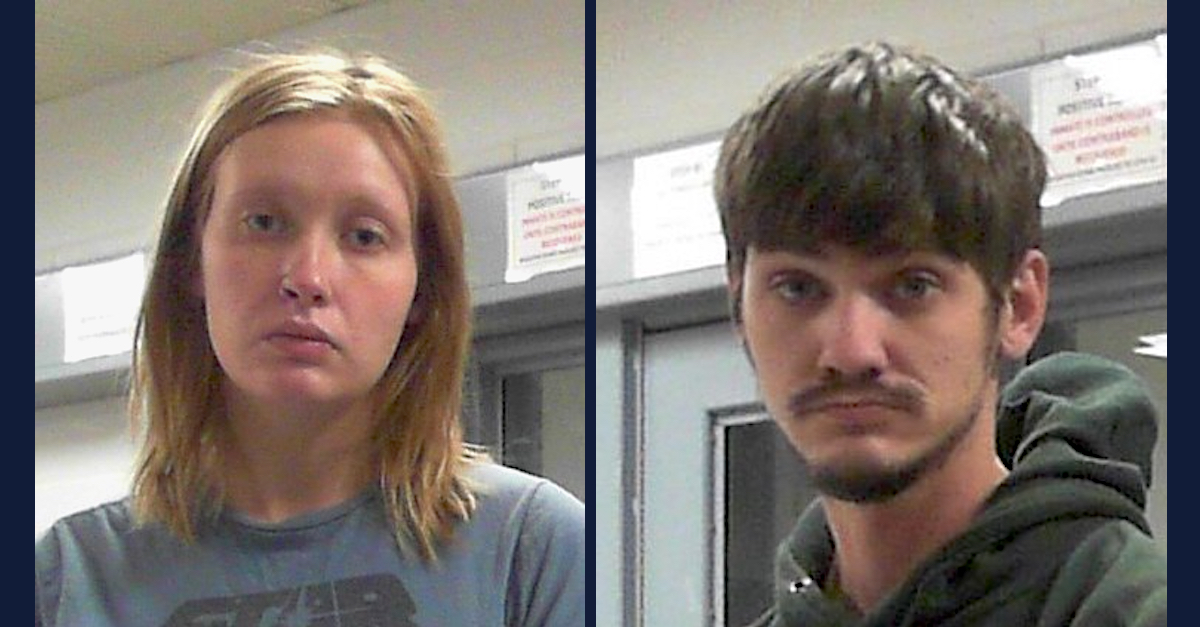 An Ohio mother and father have been charged in connection with the death of their 11-month-old baby girl.

Robert Lee Filius, 29, and Micheala Hupp, 25, each stand accused of involuntary manslaughter, endangering children, possession of a fentanyl-related compound, and possession of drugs.

According to the Scioto County Sheriff’s Office and the Portsmouth Police Department, both members of the couple were indicted on Friday, Jan. 21, 2022 over the late September 2021 death of their infant child.

While the baby was found dead in the Portsmouth, Ohio area, police caught the couple on Friday at an apartment in Huntington, W. Va., without incident, Huntington CBS affiliate WOWK reports.

On Sept. 17, 2021, police found the deceased baby girl laying inside her crib. The case was then turned over to the Special Victims Unit, a joint collaboration between the police and sheriff’s office.

“Michaela Hupp and Robert Filius — I believe they’re boyfriend and girlfriend — and the charges stem from the death of an infant child of theirs,” SCSO Detective Sergeant Jodi Conkel told the station. “That’s when they notified the Prosecutor’s Office and us that it would be a possible SVU case, and it was one of our first ones working jointly.”

A stakeout ensued after the indictment was returned. SVU officers waited for the couple to visit their other children at a children’s services building last week. The duo never showed, and that prompted the issuance of multi-state warrants, law enforcement told WOWK.

“This time it was a secret indictment and the reason that sometimes they do those types of cases is if the person’s fled the area or you think the person may flee if they find out. In this case, we had got information that they had moved to Huntington,” Conkel continued. “When they did not [show up], we reached out to the Huntington Police Department, who was more than helpful.”

According to the Huntington, W.Va. Herald-Dispatch, Filius was arrested standing outside of his car near the apartment. The defendant reportedly told police that Hupp was at a nearby gas station, and she was subsequently taken into custody as well. The arrests were effectuated by the HPD.

“Our officers responded to the area at the 400 block of Bridge Street this morning around 11:30,” HPD Deputy Chief of Police Phil Watkins told WOWK. “They were pretty quickly able to locate both individuals and place them under arrest.”

According to Huntington NBC affiliate WSAZ, Hupp and Filius were each charged after the results of an autopsy on the deceased infant. The child’s exact cause of death has yet to be released by authorities, and a toxicology report is believed to be forthcoming. Reports in the local newspaper, however, have suggested that the girl may have died from a fentanyl overdose — perhaps given the attached drug charges and the specific type of homicide charge levied against the parents.

“It’s horrible a child has to go through this,” Conkel told the station. “Hopefully we can be the voice for them to get them justice.”

The parents are currently detained in Cabell County, W. Va., pending extradition to Ohio. Because they were apprehended in a neighboring state, they were also each charged with being a fugitive from justice.