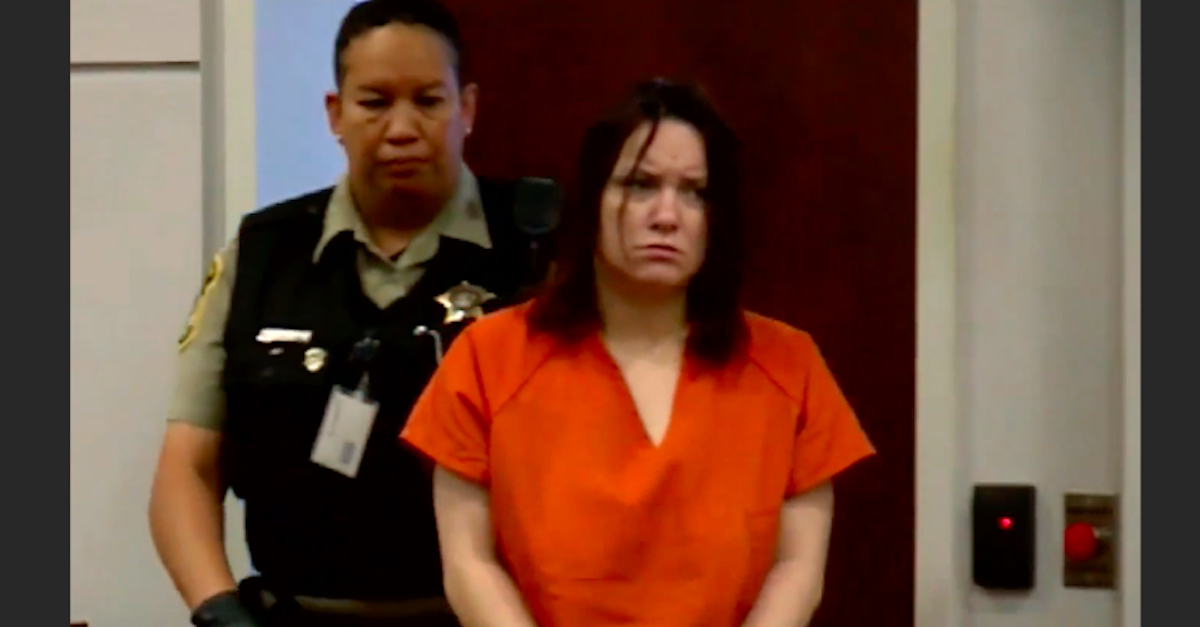 A Virginia mother on Tuesday admitted to the horrific 2019 murder of her toddler, whose lifeless body she placed in an empty diaper box and tossed in the trash.

Appearing before Hampton Circuit Court Judge Michael Gaten, 37-year-old Julia L. Tomlin formally pleaded guilty to one count each of second-degree murder, felony child neglect, and concealing of a dead body in the slaying of 2-year-old Noah Tomlin. Prosecutors said the victim was injured so severely it was “as if a child had fallen several stories” from a building, Norfolk CBS affiliate WTKR reported.

Hampton’s Commonwealth’s Attorney Anton Bell noted that the guilty plea was not part of a deal struck with prosecutors. Bell said his office still planned to seek the maximum prison sentence of 55 years for the mother of 10. She has lost custody of the other nine children. Tomlin’s criminal trial had been scheduled to begin next month.

“This case shook our city to the core,” Bell told Judge Gaten during the plea hearing, per the Daily Press. “Its impact on many of our citizens continues to reverberate.”

When questioned about the extent of Noah’s injuries following Tuesday’s plea hearing, Bell did not get into specifics, but he reportedly told a journalist from WTKR to “imagine a baby with no arms, no limbs, and only a few strands of hair from his head.”

Tomlin initially reported Noah missing at approximately 11:35 a.m. on June 24, 2019. She reportedly told police she woke up in her trailer on Atlantic Avenue in the Bayside Village Mobile Home Park and the boy had vanished. Tomlin reportedly said she had last seen the child when she put him in bed at around 1 a.m. the previous night.

The toddler’s remains were discovered 10 days later, on July 3, 2019, stuffed in a cardboard “Huggies” box at a trash incinerator site. Law enforcement authorities said the body was in “an advanced state” of decomposition, but it was clear that the baby had suffered “horrific and severe” injuries. In fact, the police officer who discovered the body reportedly testified at a probable cause hearing that the sight and smell of the remains were so graphic and disturbing that he had to leave the scene.

Investigators executed a search warrant on Tomlin’s home and reportedly found Noah’s blood on the walls of the bedroom, as well as on sheets and a baby shirt pulled from the trash.

“She tried to clean up the scene, but not well enough for her not to get caught,” Bell reportedly said.

An autopsy conducted by the Hampton Coroner’s Office reportedly ruled Noah’s death a homicide caused by blunt force trauma and battered child syndrome. Due to the severity of Noah’s injuries, the medical examiner hired a forensic anthropologist to assist with the investigation because investigators “only had a fully recognizable left leg and liver when first examining the toddler,” the Daily Press reported.

Following the release of the autopsy results, Bell called a news conference during which he said the abuse Noah suffered was tantamount to “torture.”

“The type of injury this child suffered was as if a child had fallen several stories,” Bell reportedly said. “His abuse was of such a nature that his bones stopped growing. There was evidence of that.”

At her preliminary hearing in December 2019, Tomlin reportedly admitted that she had used heroin the night of Noah’s death.

Tomlin is currently scheduled to appear before Judge Gaten again on March 18 for her sentencing hearing.