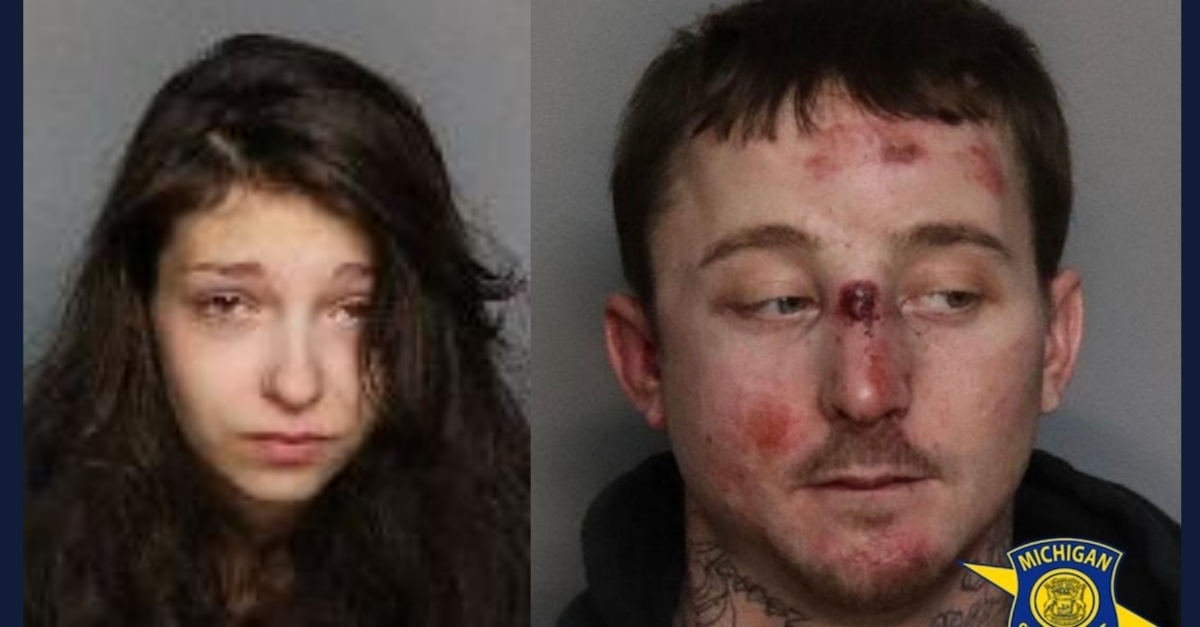 The mother of a 2-year-old girl in Michigan is now accused of killing her child. The newly announced case against Adrienne Pavelka, 22, follows shortly after co-defendant Aaron Joseph Trout, 31, asked to be released on bond because he had to start a new job.

Pavelka “had knowledge of, or was involved with, the death of the child and was a flight risk,” authorities said in a WDIV report. She was arrested in Lenawee County, Michigan, then locked up at the Iosco County Jail, where she remains. A judge in the 81st District Court denied her bail on an open murder charge.

Authorities did not release an alleged motive in the case.

As previously reported, Trout was accused of beating the 2-year-old girl to death, leaving her at a local hospital and fleeing the scene. A woman (investigators did not identify her at the time) sought medical attention on the child’s behalf. Troopers were dispatched to the MyMichigan Medical Center Alpena last Friday in the 1500 block of West Chisholm Street regarding the child being dead, authorities said.

From troopers about Trout’s case:

Following an investigation by Alpena Post detectives and troopers, the child’s residence was located in Alcona County and a suspect was identified. The suspect was located and taken into custody in Alcona County following a coordinated effort by members of the MSP Alpena Post, MSP West Branch Post, Alcona Sheriff Office, Oscoda Township Police Department, US Forest Service, Michigan DNR conservation officers, and members of the MSP Emergency Support Team.

Trout reportedly told the told the judge at his arraignment that he had to be released because he just got a new job.

In denying him bond, Judge Laura A. Frawley highlighted his past of criminal history, resisting police, failing to appear in court, and history of substance abuse.

She reportedly denied Trout permission to use the Internet while in jail and barred him from contacting the victim’s family.