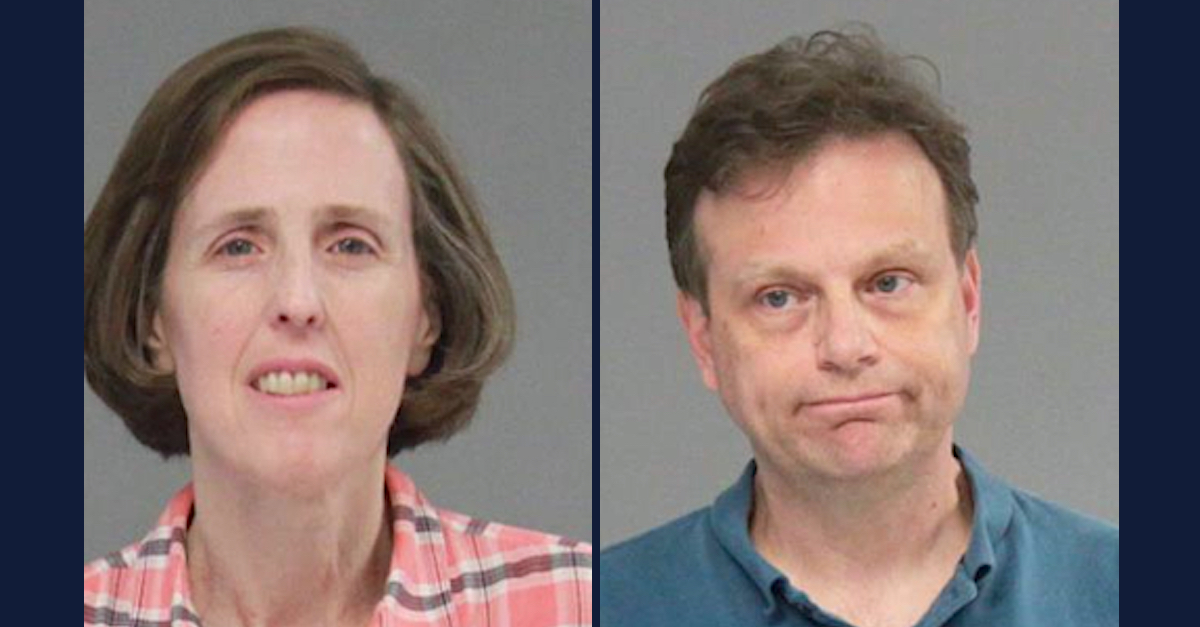 A mother and father are facing a slew of murder and related charges after mounting a failed legal effort to fight an Ohio coroner’s determination that their 8-year-old son died by homicide several years ago.

According to jail records reviewed by Law&Crime and local reports, John Snyder II, 51, and Katherine A. Snyder, also 51, are incarcerated at the Clinton County Jail in Plattsburgh, New York, about 25 minutes south of the Canadian border.

The case appears to have a long, bewildering, and twisted history.

In January 2019 and again in May 2020, the Snyders filed civil lawsuits against Dr. Lakshmi Kode Sammarco, the Hamilton County coroner.

The 2019 case says John and Katherine Snyder adopted “numerous seriously disabled and special-needs children from China, including Adam [J.] Snyder, who arrived in the United States in February 2016.”

The coroner’s office listed Adam Snyder’s “immediate cause[s] of death” as “[a]cute subdural hemorrhage” and a “blunt impact injury of [the] head,” according to an official death record attached to the 2020 lawsuit as an exhibit. A “significant condition[]” that contributed to the boy’s cause death was “[w]idespread acute bronchopneumonia,” the death record indicates.

The manner of death was listed as “homicide.” The boy’s parents contested that finding by filing the twin civil suits.

In 2019, the Snyders argued that “numerous experts” retained by them had looked at their dead son’s files.

“Three separate experts independently concluded that the manner of death is not homicide,” the parents argued.

Using a relevant Ohio law that allows for such a review, the parents asked a judge to examine the coroner’s office’s findings and to change the official manner of the boy’s death.

The court docket indicates that a judge refused to do so.

The parents mounted similar arguments in their second case in May 2020:

Medical and scientific evidence demonstrates the cause of death was septicemia with profound neuropsychiatric illness NOT “acute subdural hemorrhage due to blunt impact injury of the head,” as reflected in the Death Record, Exh. l.

Medical and scientific evidence demonstrates the manner of death was natural, NOT homicide as reflected in the Death Record, Exh. 1.

Medical and scientific evidence demonstrates SAMMARCO made multiple errors in the cause and manner determination including, but not limited to, ignoring clumped bacteria in Adam’s brain as well as failing to consider a positive blood culture obtained from Adam prior to his death.

As a result of SAMMARCO’s erroneous cause and manner determinations contained in the Death Record, the SNYDER’s reputation as parents has been damaged and sullied.

The 2020 lawsuit alleged that the autopsy by the coroner’s office led the Hamilton County, Ohio Department of Jobs and Family Services to file for “permanent custody” of the couple’s five children — “four adopted and one biological.”

The coroner’s office again moved to dismiss the matter. This time, the coroner’s office’s lawyers argued that the case was time barred by an applicable statute of limitations. Subsequently, the plaintiffs also moved to have the case thrown out of court.  The court docket suggests that a judge obliged with the dual requests to terminate the litigation.

Cincinnati-based attorney Ravert J. Clark, who represented the Snyders in the 2020 case, did not immediately respond to a Law&Crime request for comment on Wednesday about the couple’s former or current legal battles.

The Snyders listed a Wilmington, Delaware address in the 2020 lawsuit.

The Delaware address also appeared in a pair of Sept. 26, 2022 Hamilton County Municipal Court cases alleging felonious assault against John Snyder and murder against Katherine Snyder. (Serious Ohio cases routinely commence in municipal court and then proceed to the Court of Common Pleas.)

The victim in those municipal court records is listed only by the initials A.S. — which presumably is a reference to the aforementioned Adam Snyder.

One affidavit contained the municipal court file says John Snyder knowingly caused “serious physical harm to A.S.” by “failing to feed during the period of September 1, 2016 to October 5, 2016.”

Another affidavit says Katherine Snyder “did purposefully cause the death of A.S. by causing blunt force trauma to their head.”

Despite arrest warrants listing a Delaware address for the Snyders, the couple were arrested in the far northeastern corner of New York State.

Clinton County, New York, where the couple was nabbed, is situated between the Adirondack Mountains to the southwest, the St. Lawrence River and the Canadian border to the north, and Lake Champlain and Vermont to the east.

Both of the Snyders are now reportedly pondering whether or not they should fight extradition.

Cincinnati FOX affiliate WXIX said that the couple wished to speak with attorneys before embarking on an almost certainly futile request to fight being moved to Ohio. Under New York law, defendants wanted for out-of-state crimes have 90 days to ascertain whether to waive or to fight extradition, the television station noted.

In a statement to WXIX, the local prosecutor’s office said murder charges were filed against the couple after all these years because some of the couple’s children finally began to reveal the details of their lives with the Snyders.

A spokesperson for the office of Hamilton County Prosecuting Attorney Joe Deters did not after several hours respond to a Law&Crime email seeking additional court records or comment on the matter. The office of the Hamilton County Clerk of Court replied to a Law&Crime request for a copy of the indictment and other documents on file with the Court of Common Pleas by stating that the records had not yet been scanned and therefore were not immediately available.

Several of the civil lawsuit papers and the municipal court documents are, however, embedded below: