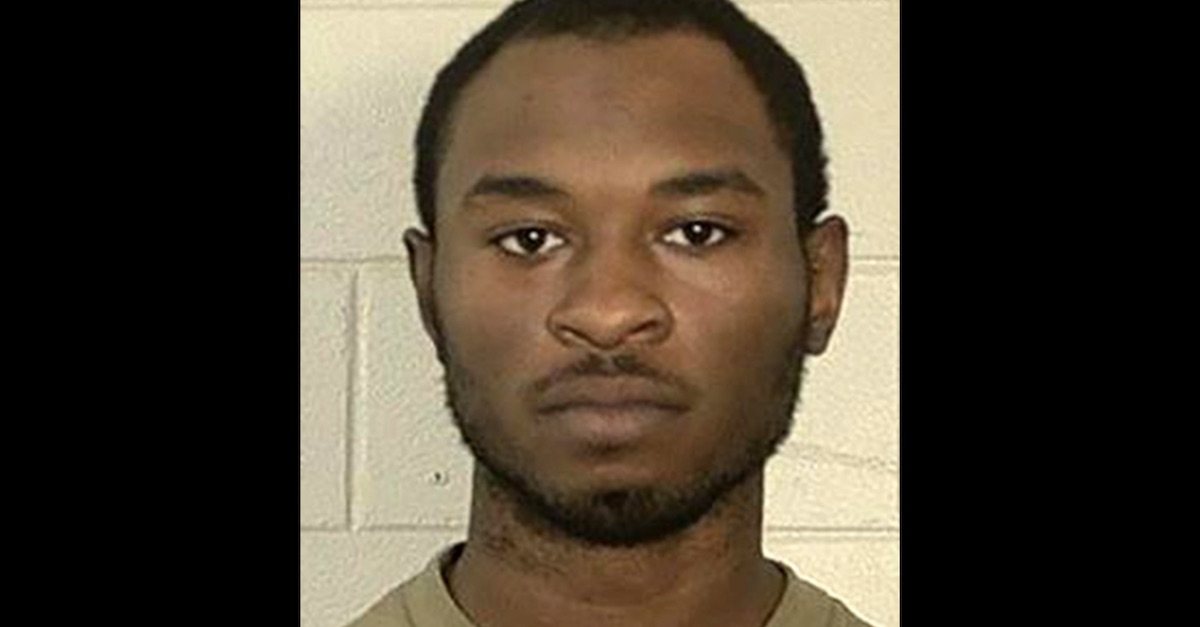 A judge declared a mistrial on Monday mid-jury deliberations in the case of U.S. Army soldier Tevin Biles-Thomas, who is incidentally the brother of Olympic gymnast Simone Biles. The reason: Jurors said legal briefs from both sides of the case ended up in the trial evidence provided to them, according to Cleveland.com. All 12 jurors told the court that the information they found influenced their decision. The defendant is charged in the shooting deaths of his cousin Devaughn Gibson, 23, DelVaunte Johnson, 19, and Toshaun Banks, 21.

Documents reportedly included a defense request for a jury instruction on self-defense, in which jurors could find that Biles-Thomas did the shooting but was working to protect his cousin. The judge denied this request. What is publicly unknown is how the papers got in the jury’s hands in the first place.

Defense layer Joe Patituce told prosecutors Greg Mussman and Kevin Bringman that he and co-counsel Catherine Meehan used electronic copies and did not print paperwork during the trial. The prosecution did not comment in the news story because of a gag order.

Jury selection in the retrial is scheduled for Wednesday. Once again, the prosecution must make their case for charges of murder, voluntary manslaughter, felonious assault, and perjury.

Biles-Thomas allegedly opened fire during a get-together at an Airbnb in Cleveland on New Year’s Eve in 2018, killing the victims, and injuring two others. The story is that a certain group arrived uninvited at the gathering. They were told to leave. An “altercation” happened. Shots were fired.

Prosecutors at trial maintained that Johnson grabbed Gibson by the collar and shoved him against a refrigerator. The defendant overreacted by taking out a gun and opening fire. He and Johnson exchanged gunfire, in this account. Biles-Thomas killed Johnson and Banks, prosecutors said. The defendant shot his cousin, but Johnson’s round was the fatal shot, the state argued.

The defense maintained that it was difficult to determine who killed the victims, however.

There was no physical evidence against the defendant. The prosecution reportedly based their case on a woman who was shot in the arm, and a man who testified in exchange for getting a felony charge knocked down to a misdemeanor. The woman said she did not see the shooter’s face, and could not identify this individual as the defendant. The man said he did not see Biles-Thomas open fire.

The gymnast’s link to the story is incidental. She and her brother reportedly grew up apart after being put in foster care. In a 2019 statement, Simone Biles expressed sympathy for the victims and their families, and asked for privacy on behalf of her and her family.