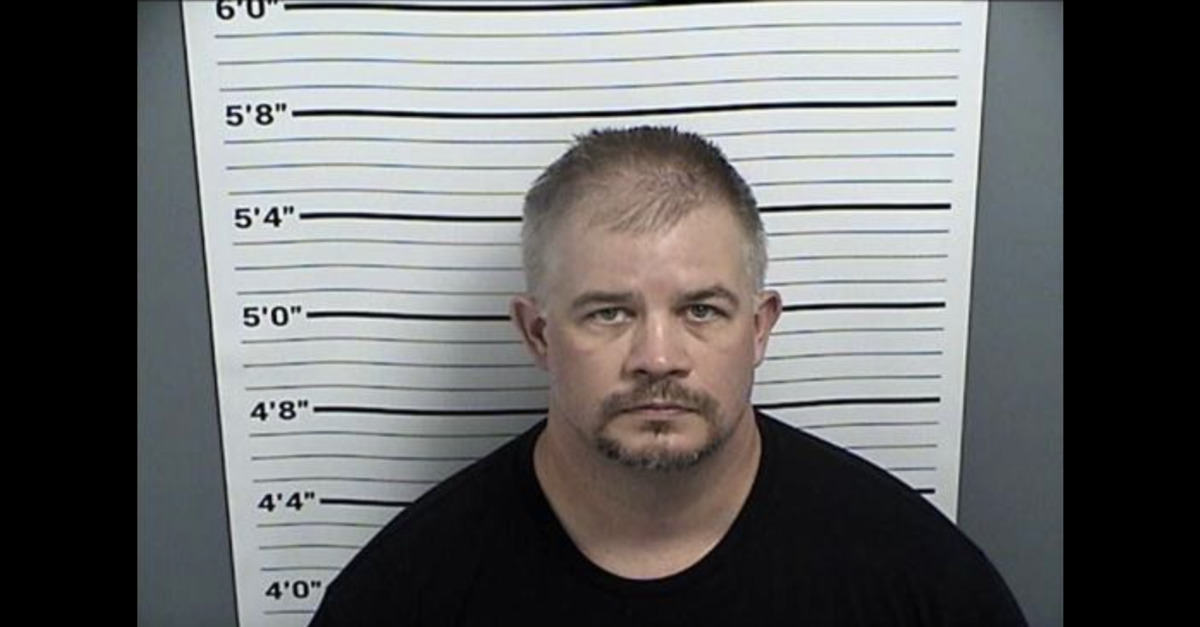 A Missouri man was recently arrested and charged for allegedly installing a secret video camera in his bathroom during a well-attended pool party late last month.

According to charging documents obtained by the St. Louis Post-Dispatch, the pool party occurred on Aug. 29 at Vandermolen’s home in St. Charles, Mo., a northwestern suburb of St. Louis.

About 20 guests took part in the festivities, police say.

One of those guests, a woman using the bathroom, allegedly discovered that a “covert video surveillance camera” was pointed in the direction of the toilet. She told authorities that she removed the memory card and then told her husband about what she found.

According to the charges filed by  St. Charles County Prosecutor Tim Lohmar, the couple took the memory card home and discovered 11 videos that had been recorded during the pool party. Two of those videos showed the wife urinating; another two showed the husband’s penis reflected in the bathroom mirror, authorities allege.

“The other videos show four different females enter the bathroom, remove their swim trunk bottoms and sit on the toilet,” the probable cause affidavit obtained by the New York Post alleges. “One of the videos is of a 4-year-old boy urinating in the toilet.”

The woman who found the device shared her distressing discovery with Vandermolen’s wife on the day in question, the outlet reports, but came back the next day with a group of neighbors to confront the defendant over his alleged high-tech peeping Tom habit.

Vandermolen allegedly admitted to placing the discreet camera in his bathroom and profusely apologized to the neighbors, authorities claim. Not entirely unlike a twist of fate, those admissions and apologies during the interaction were also recorded and then turned over to the St. Charles Police Department, authorities allege.

The defendant, however, also allegedly made excuses.

According to the Post-Dispatch, the defendant was arrested on Sept. 1 by officers who allege that he was found “en route” to buy moving boxes. Neighbors told police that Vandermolen was seen loading things into his car, as if to move out, after being confronted by the group about the secret camera. During a custodial interview, the defendant reportedly declined to say anything to detectives.

“[T]his case is not what it appears to be at first encounter,” Vandermolen’s defense attorney John Schleiffarth told the outlet. “I’m confident that once more evidence comes to light, I think it will be clear that Mr. Vandermolen did not have the ill-intent that’s being attributed to him.”

The defendant’s counsel elaborated in comments to the Post.

“My client asserts his innocence,” Schleiffarth added. “There’s plenty of time for additional evidence to come to light. I would encourage the public not to jump to any conclusions.”

According to court records, Vandermolen quickly made bail. His bond was set at $10,000 after prosecutors alleged he was a danger to the victim or broader community.

Law&Crime reached out to the St. Charles Prosecuting Attorney’s Office for additional details and comment on this story but no response was forthcoming at the time of publication.