Miami Woman Drowned 15-Month-Old Daughter in ‘Baptism,’ Believed ‘Jesus Christ Is Coming and COVID Is Going to Kill Us All’: Cops 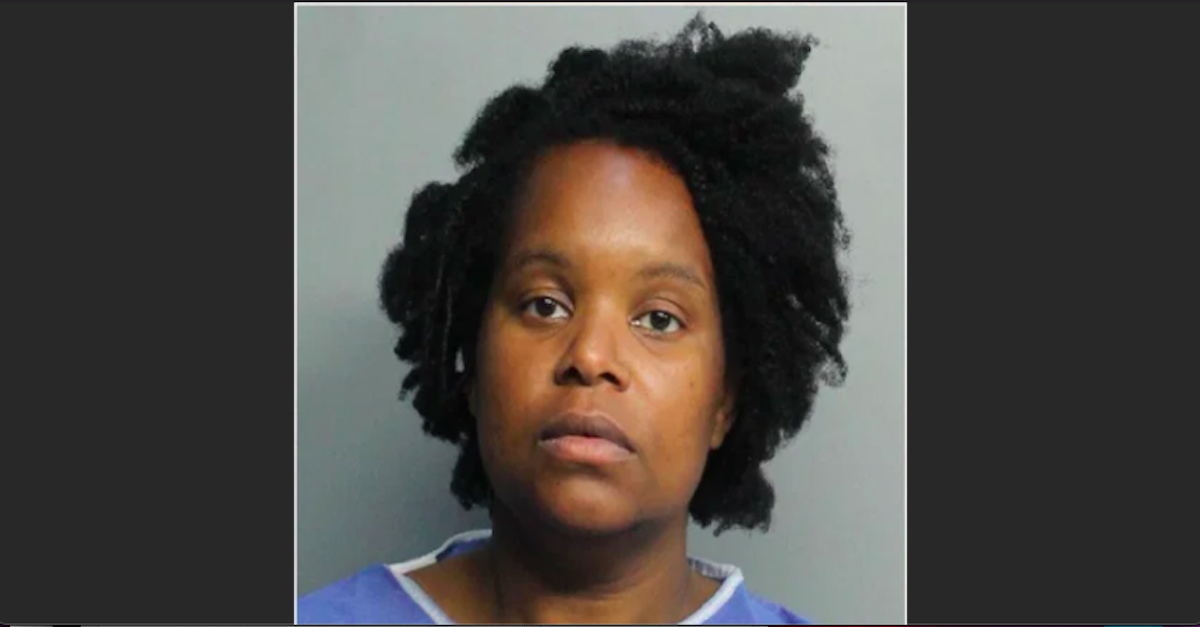 A Miami mother of six was formally charged with murder this weekend after police say she drowned her 15-month-old daughter during a bathtub “baptism” because she believed everyone was about to die from COVID-19 and that the return of Jesus Christ was impending. She is also accused of stabbing her teenage daughter and husband when they tried to intervene and protect the toddler.

According to local news reports, officers with the Miami-Dade Police Department were called to Bland’s home located at NW 99th Street and NW 30th Avenue at approximately 9 p.m. on Aug. 23. Bland’s husband, Evan Bland, reportedly met the officers at the front door and was visibly bleeding after suffering multiple stab wounds to his head and neck.

Evan Bland allegedly told the police that his wife had appeared agitated all day and was repeatedly talking about the return of Jesus and how everyone was going to die from COVID-19.

“[Precious] was upset, stating that Jesus Christ is coming and COVID is going to kill us all,” Evan told police, according to a report from the Miami Herald. “[Precious] insisted everyone needed to be baptized and that she was going to baptize everyone in the bathtub.”

Per the police report, Evan said his wife started by filling up the bathtub with water and holding their 15-month-old daughter, Emii Bland, under until she was no longer moving. Evan told police that he tried to help his daughter and began struggling with his wife. She then allegedly shouted for their 16-year-old daughter to get her a knife, though she did not say why. The teen retrieved the knife for her mother who then allegedly stabbed her husband in the neck and head and then stabbed her teenage daughter in the forearms when she attempted to get Emmi out of the bathtub.

Evan Bland and his teenage daughter were taken to Jackson Memorial Hospital where their wounds were treated.

The police report said the responding officers discovered Emii Bland “face down, unresponsive, inside the bathtub filled with bloody water.” She was rushed to Jackson Health North but was pronounced dead later that evening.

Precious Bland was found with what officers said appeared to be self-inflicted stab wounds. She was also taken to Jackson Memorial for treatment.

The Miami-Dade Medical Examiner’s Office on Wednesday determined that Emii’s death was a homicide and the cause of death was drowning.

According to a report from Miami-based CBS4, Bland allegedly confessed to intentionally drowning Emii and stabbing her husband and daughter on Sept. 1. She was discharged from the hospital and arrested on Sept. 2.

As of Monday afternoon, records show that Bland is being held without bond at the Turner Guilford Knight Correctional Center in Miami.