Suspect Charged with Murder of 23-Year-Old Texas Teacher May Have Been Motivated by Jealousy, Authorities Say 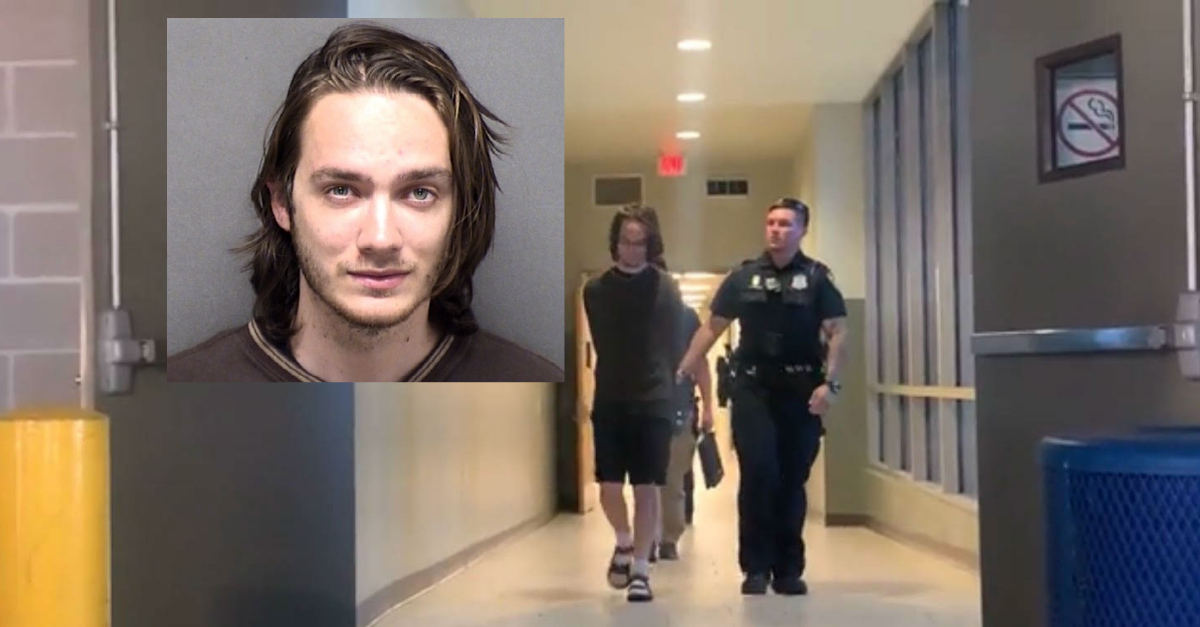 Matthew Wiessing (above in mugshot and exiting central booking on Thursday courtesy of San Antonio Police) is charged with the murder of Michael Echaniz.

A man has been arrested and charged with the murder of a Texas teacher after a family member turned him in, and police believe jealousy may have motivated the crime.

Matthew Wiessing, 25, was arrested on Thursday and charged in the death of Michael Echaniz, according to San Antonio Police.

Echaniz, 23, was leaving for his job as a fifth-grade and sixth-grade teacher at Great Hearts Forest Heights around 7 a.m. on March 10 when he was shot several times while getting into his car, according to Lt. Michelle Ramos of the San Antonio Police Department.

Detectives now believe that this was a targeted murder carried out by a person who was jealous that his ex-girlfriend was dating Echaniz.

“Mr. Wiessing was involved in a relationship with a woman. That relationship, for some reason, ended several months ago,” explained Lt. Ramos. “And the victim, Mr. Echaniz, was currently dating that ex-girlfriend.”

Wiessing allegedly opened fire on Echaniz outside the apartment complex where the teacher was living on the morning of March 10, according to Lt. Ramos.

Given the early morning hour, there were few eyewitnesses to the crime, and the only information police were able to gather was that the shooter wore a dark hooded sweatshirt.

BREAKING NEWS – 25-year-old Matthew Wiessing arrested for the March 10 murder of Great Hearts Forest Heights teacher 23-year-old Michael Echaniz. Here’s a picture of Michael with his parents when he graduated from Christendom College in 2020. @KENS5 pic.twitter.com/fUB352Iuk0

San Antonio Police said they caught a big break in the case later that day when a family member of Wiessing’s reached out with information.

This report was credible enough for San Antonio Police to seek out Wiessing. Officers quickly located his car and conducted a traffic stop, at which point Wiessing agreed to “speak to detetcives at headquarters,” according to Lt. Ramos.

That meeting proved to be fruitless for detectives.

“During the interview he was very evasive and didn’t answer too many questions, ” said Lt. Ramos. “So we did not have enough probable cause to arrest and at that time he was released.”

Detectives continued with the investigation, and began the process of examining video footage captured in the area, said Lt. Ramos.

“During the course of that investigation, they were able to locate evidence, specifically surveillance video evidence, which showed Mr. Wiessing going to the crime scene just as it happened and then fleeing the crime scene right after the shooting,” said Lt. Ramos.

That, combined with additional evidence not specified by Lt. Ramos and the information provided to police by a member of the Wiessing family, gave detectives their probable cause.

Wiessing was taken into custody without incident on Thursday, said Lt. Ramos.

Echaniz had only recently moved to Texas after growing up in Front Royal, Virginia, and graduating from college in 2020. The teacher attended Chelsea Academy and later Christendom College, both located in the same town where he was raised.

Members of his high school graduating class have now established the “The Michael Echaniz Teacher of the Year Award” in his honor. This annual stipend will be awarded to the teacher at his alma mater who “promotes academic excellence in his or her classroom and dedication to the arts, facilitates athletic achievement and competition, and cultivates school spirit.”

His fellow classmates noted that those were the things Echaniz valued most.

“Michael Echaniz was a faithful Catholic, a dedicated teacher, and a wonderful friend to many,” noted his former classmates. “To those that were close to him throughout his days at Chelsea Academy, he was always a truly selfless friend and brought a bright spark of humor to many of his classmates.”

Christendom College mourned Echaniz’s death, and noted that his parents were also alumni of the school.

“While a student, he was known for his sweet nature and deep devotion as a friend,” said a post mourning Echaniz’s death. “He participated in plays and musicals at the college, including the musical Anything Goes, in the college’s swing and waltz dance competitions, and in the college’s debate society as well.”