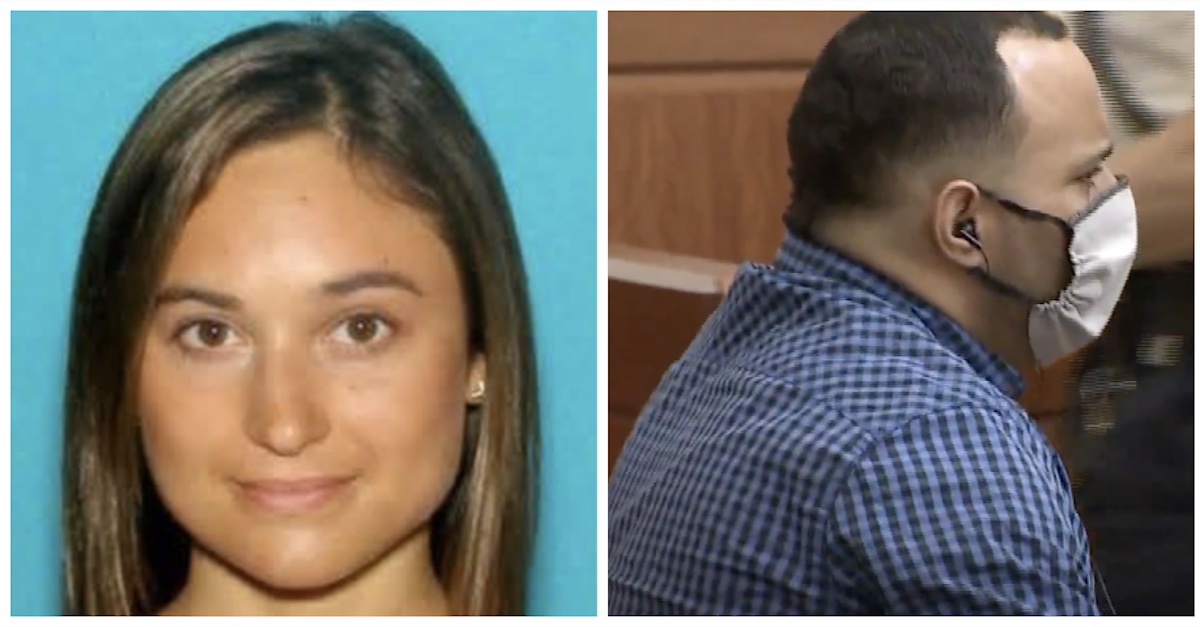 A 36-year-old Massachusetts man may spend the rest of his life behind bars after confessing to sexually assaulting and killing a 27-year-old woman who was out for a jog in August 2016. Worcester County Superior Court Judge Janet Kenton-Walker on Wednesday ordered Angelo Colon-Ortiz to serve a sentence of life in prison — with the possibility of parole after a total of 45 years — in the death of Vanessa T. Marcotte, prosecutors announced.

According to a press release from the Worcester County District Attorney’s Office, Colon-Ortiz pleaded guilty to one count each of second-degree murder and unarmed robbery prior to Kenton-Walker handing down the sentence. Colon-Ortiz will serve the first 20 years of his sentence for the robbery charge followed by a life sentence with the possibility for parole after 25 years.

The math adds up to this:  Colon-Ortiz might have a shot at freedom when he’s somewhere around 81 years old — if he lives that long.

“The completion of this case is the result of the tireless and committed work of the Massachusetts State Police, Princeton Police and Assistant District Attorneys who were involved in the investigation and prosecution of Vanessa’s killer,” District Attorney Joseph D. Early Jr. said in a statement. “We know nothing can bring Vanessa back, but we know, through the meticulous work of the prosecutors and investigators involved, justice will be served, and the plea allows Vanessa’s family to move on from this tragedy.”

The DA’s office said that Colon-Ortiz’s defense attorney suggested the deal to prosecutors, and they only accepted it after prosecutors in turn discussed the proposal with Marcotte’s family. The family asked the DA to accept the plea, which spares them from needing to hear the details of Vanessa’s death at trial, the office said.

“We are thankful and gratified the legal process has accomplished what we always wished for, that this man will now be in a place where he can’t hurt anyone else like the way he hurt Vanessa. To honor and remember Vanessa, we will continue to educate and protect women through the Vanessa T. Marcotte Foundation,” the Marcotte family said in a statement. “We fully agree with this disposition and appreciate the District Attorney’s Office for reaching this resolution. We are extremely thankful to the Massachusetts State Police Detectives, Princeton Police, Assistant District Attorneys and Victim Witness Advocate who worked to bring justice for Vanessa and who supported us throughout this process.”

As previously reported by Law&Crime, Marcotte was a Google employee living in New York City and was visiting her mother in Princeton, Massachusetts at the time she was attacked. She had gone for a jog on the last day of her visit and was found dead hours later.

Investigators found her body partially clothed and burned about half a mile from her mother’s home. They determined that she had been sexually assaulted, sustained a broken nose, and that her throat had been crushed.

Colon-Ortiz, who was born and raised in Puerto Rico and speaks Spanish, provided a DNA sample to police in March 2017 when they visited his home. His was the 325th DNA sample collected by police in the case. Colon-Ortiz was indicted in June 2017.

During that March visit, a Massachusetts state trooper who understood and spoke conversational Spanish (but who was not a trained translator) worked with Colon-Ortiz’s girlfriend to convey to the defendant what was said on a consent form that would, if accepted, allow the troopers to take a DNA swab from Colon-Ortiz’s cheek. However, Colon-Ortiz’s attorney later sought to suppress that DNA evidence, arguing that a language barrier meant that the consent form the defendant signed wasn’t adequately translated. Therefore, according to the defense, Colon-Ortiz didn’t understand that the choice to give a sample was voluntary.

After multiple hearings on the matter, Judge Kenton-Walker ultimately ruled that Colon-Ortiz’s decision to provide DNA evidence was voluntary and allowed the results to remain in evidence.

The foundation established in Marcotte’s name trains women in self-defense and violence prevention.

Marisa Sarnoff and Colin Kalmbacher contributed to this report.