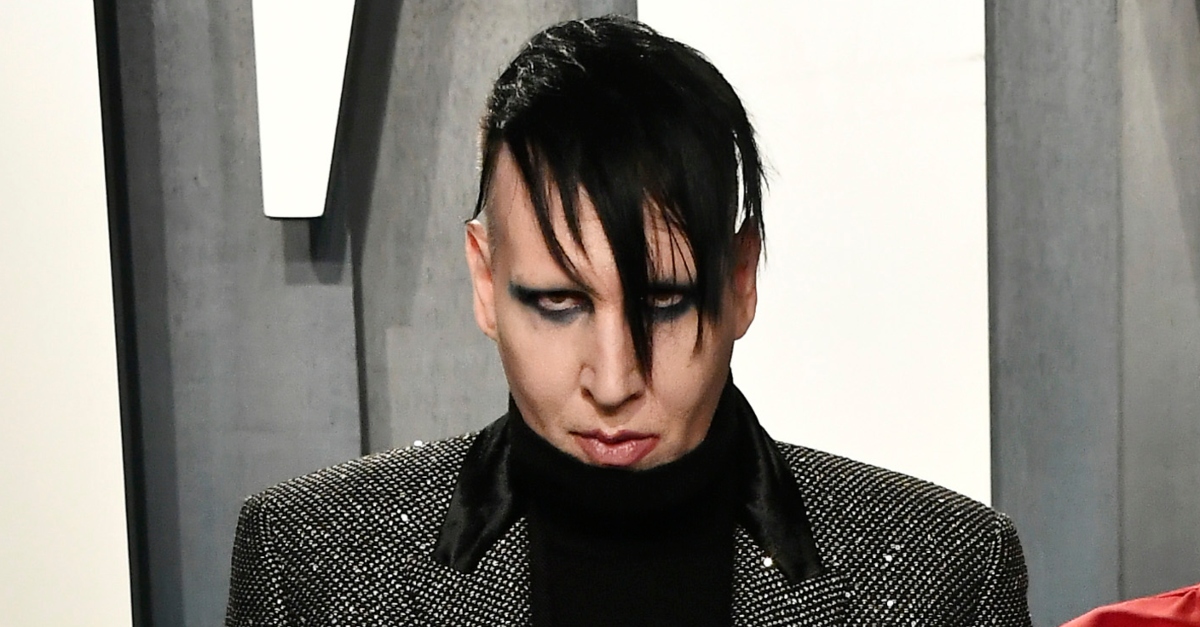 Brian Warner (better known as the provocateur singer Marilyn Manson), 52, faces an arrest warrant, but not for sexual abuse, as some might assume. It’s a misdemeanor simple assault case out of New Hampshire. The alleged victim is a videographer who worked at a Manson concert at the Bank of NH Pavilion on August 18, 2019, said the Gilford Police Department. The incident in question happened in the stage pit area, officers said.

Authorities claim that Warner, his agent and attorney have been aware of the warrant for a while, but made “no effort” to return to New Hampshire to answer the case.

Manson attorney Howard E. King said the assault allegation was “ludicrous,” and that they are committed to cooperating, according to NBC News.

“The alleged assaults are not sexual in nature as has been asked by several other media outlets due to a number of other allegations made against Mr. Warner,” Gilford police said.

All told, it’s not the kind of criminal case people were expecting for the musician based on recent allegations.

Multiple women have stepped forward saying Manson physically, emotionally, and sexual abused them. Most prominently, Warner’s former fiancée, actress Evan Rachel Wood, said he raped her. Manson groomed Wood when she was a teenager, and “horrifically abused me for years,” she said. In a lawsuit, actress Esmé Bianco asserted the musician engaged in a years-long campaign of control and abuse, in one instance cutting her without her consent with a Nazi knife during sex.

The Los Angeles Sheriff’s Department announced in February that they were investigating the singer for domestic violence.

Manson and King have denied the allegations.

“Obviously, my art and my life have long been magnets for controversy, but these recent claims about me are horrible distortions of reality,” the musician wrote on February 1. “My intimate relationships have always been entirely consensual with like-minded partners. Regardless of how – and why – others are now choosing to misrepresent the past, that is the truth.”

King again denied wrongdoing in the New Hampshire assault claim. He said the criminal allegation was pursued after a photographer at the venue demanded more than $35,000 “after a small amount of spit came into contact with their arm,” according to NBC.

“After we asked for evidence of any alleged damages, we never received a reply,” he said.