Man Who Sliced His Mother’s Throat with Knife Made ‘Sign of the Cross’ When Taken into Custody at Gunpoint: Sheriff 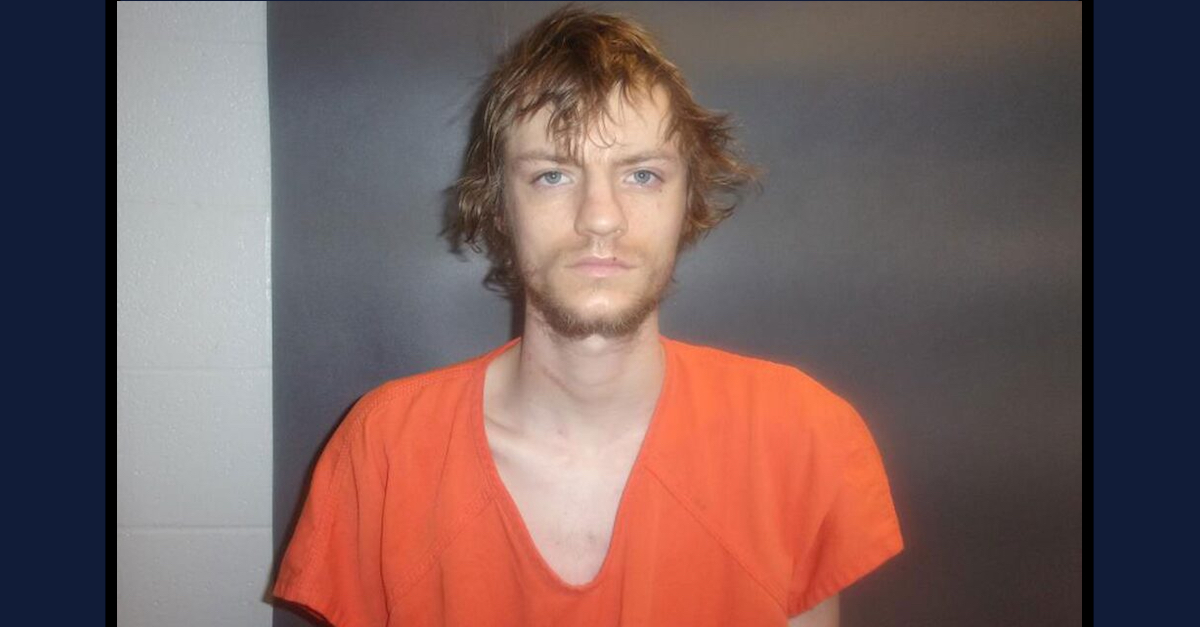 An Indiana man was arrested this week for allegedly attacking his mother with a knife and cutting her “hands and neck.”

According to a press release by the Crawford County Sheriff’s Department which in turn cites a probable cause affidavit, Jeramie Lee Durbin, of Milltown, was taken into custody on March 29 for an incident which occurred 10 days earlier on March 19. The story goes that a 911 caller was driving on North Ridge Road when he picked up a woman “who appeared to be bleeding from stab wounds.”

Deputy Patrick Gallagher responded and caught up with the caller and the woman at the intersection of State Road 66 and Baylor Road.  He administered first aid, identified the woman as Mary Durbin, and stayed with her until paramedics arrived.

Gallagher “observed what appeared to be lacerations on Ms. Durbin’s hands and neck,” the press release states.  “Ms. Durbin advised Deputy Gallagher that her son, Jeramie Durbin, had inflicted the wounds, and that the incident had occurred at her residence located on North Ridge Road.”

After Mary Durbin received medical care, attention turned to the scene of the alleged crime: her house. The narrative from the press release continues:

The state police also responded to the scene to collect evidence. The suspect was taken to IU Health Paoli Hospital before being taken to jail.

The next day, the victim spoke to the Gallagher again. She alleged as follows (again, from the press release):

Ms. Durbin alleged that her son, Jeramie Durbin, had been following her around in her trailer all day. She advised that Mr. Durbin got upset when she asked him to help out around the trailer since he was staying there. Ms. Durbin reported that Mr. Durbin then pushed her down and attempted to strangle her. She advised that he continued to batter her whenever she would try to get up. Ms. Durbin also alleged that at one point Mr. Durbin retrieved a knife from the kitchen and tried to slice her throat, which is how she sustained the lacerations to her hands and neck. Ms. Durbin stated that when she tried to use the phone, Mr. Durbin broke it and threw it into the yard. She was eventually able to escape, she said, by running out the back door, jumping a fence, and flagging down a passing car.

“It is sad when such unfortunate incidents like this occur, but I want the people of Crawford County to know that the safety of this community is my number one priority, and our department will continue to work hard toward that end,” said Sheriff Jeff Howell.  “I am proud of the professional manner the deputies on scene handled this situation, ensuring that Ms. Durbin was safe and secure and bringing Mr. Durbin into custody without the need to escalate force.”

The defendant Durbin was charged upon arrest with criminal confinement, attempted murder, possession of marijuana, strangulation, domestic battery, aggravated battery, resisting law enforcement, intimidation, and interfering with reporting crime, the sheriff’s office said. A state court docket reviewed by Law&Crime contains precisely the same list of charges. Most, but not all, of the charges are felonies, the court docket indicates.

The court docket suggests that a judge found probable cause of the matter to continue and that the defendant has been issued a no-contact order, presumably regarding his mother. A pretrial hearing is scheduled for May 19, and a jury trial is already scheduled for June 13.

Charles Daugherty, an appointed attorney for Jeramie Durbin, did not immediately respond to a Law&Crime request for comment. If a response is received, we will include it in this report.

Court records suggest the defendant was also charged with arson for hire in 2016, counterfeiting in 2018, criminal recklessness with a deadly weapon and possession of drug paraphernalia in 2020, and contributing to the delinquency of a minor in 2021.