‘The Defendant Teaching Children Was Like an Alcoholic Going to a Bar’: Ex-High School Teacher Gets Two Decades in Prison for Preying on Young Girls 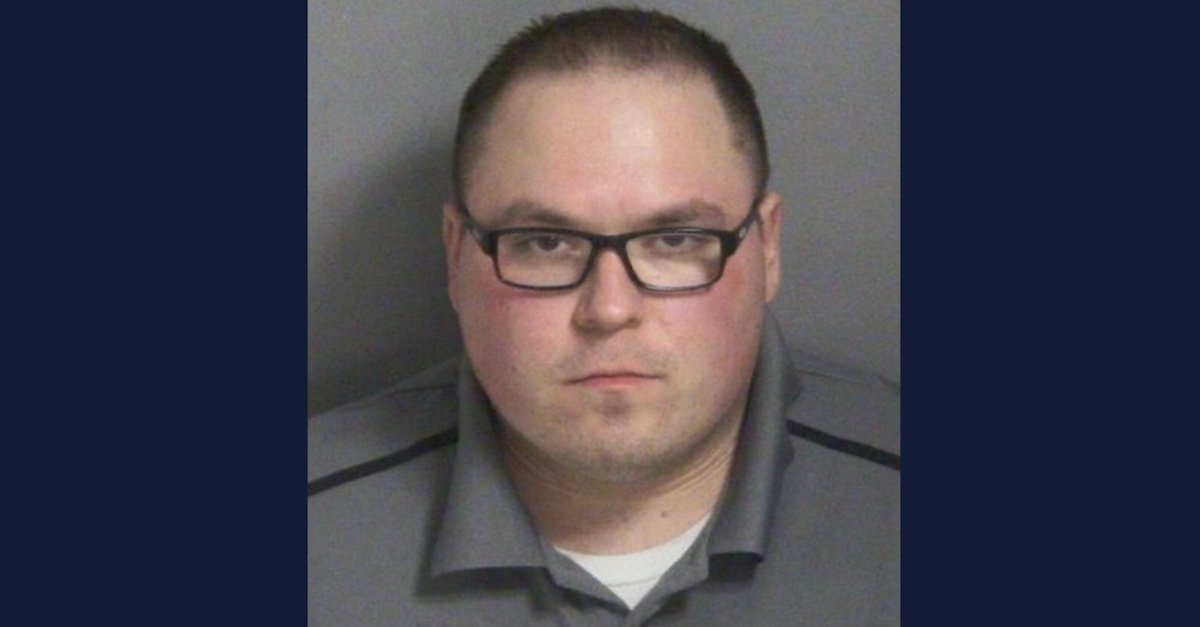 A 35-year-old former high school teacher in Ladysmith, Wisconsin was sentenced to 20 years in federal prison on Friday for his sexually predatory crimes against young 13-year-old and 11-year-old girls. McKenzie Johnson entered into a plea agreement in December 2021 to child pornography production and possession offenses which prosecutors said involved him recording minors on livestreams “engaging in sexually explicit conduct.”

The Department of Justice press release said that Johnson committed his crimes while he was employed as teacher, a fact which greatly disturbed U.S. District Judge William Conley since it was clear to the jurist that the defendant left his hospital job to teach so he could be surrounded by children he was sexually attracted to. The DOJ even paraphrased the judge’s rebuke this way:

Finally, Judge Conley was concerned that the defendant left his job at a hospital to become a teacher of students the same age he was attracted to, saying that the defendant teaching children was like an alcoholic going to a bar.

The judge, a Barack Obama appointee, also chided the defendant for living a double life, and for using his intellect to manipulate and commit sex crimes against young girls.

According to the August 2021 complaint, Johnson was caught by 13-year-old Minor A’s mother using the alias Sam Schumaker on the website Omegle, where people can video chat with strangers online. Documents said that the girl used her school laptop to communicate with the defendant, and that she took her shirt off. The victim also said the defendant exposed himself.

“On March 30, 2021, Fontana California Police Officer Mavil Padilla spoke to an adult in Fontana who reported that she caught her 13-year-old daughter, Minor A, date of birth having an on-line conversation with an adult male. Upon going through Minor A’s laptop, the parent observed an email conversation between Minor A and a subject who identified himself as Sam Schumaker,” the complaint said. “Officer Padilla spoke to Minor A who told him that she met JOHNSON on Omegle [dot] com and that she had communicated with him for approximately two to three months using her school laptop.”

Authorities said they traced the IP address to Johnson and confronted him on Aug. 24, 2021, the day he was arrested and resigned from his teaching job. The feds said Johnson made some damning admissions that only led them to discover more crimes:

JOHNSON was interviewed that same morning and admitted that he had created the alias of Sam Schumaker and that he had been communicating with Minor A. He said he initially thought she was a college student but learned that she was 14. After learning that, he continued communicating with her. He further said he would have Zoom sessions with Minor A where they would both masturbate and Minor A’s breasts, vagina, and anus were exposed to the camera. He stated that he recorded some of these Zoom sessions with his iPad, and that there would be “lots” of images and videos he captured of Minor A over Zoom.

Among the items seized from JOHNSON’s home was an Apple iPad, Model a2270. On August 25, 2021, I reviewed an image made from this iPad. On it, I found an image ending in 1385.JPG that was created by the iPad on January 13, 2021. The image depicts a screen-capture of an Omegle video-chat. The area to the left on the image shows a nude black female lying on her back, visible from her knees to her buttocks, with her legs spread apart, exposing her vagina. She appears to be inserting a phallus-shaped object into her vagina. A backpack can be seen to the right of the child.

The government elaborated on the crimes Johnson committed against Minor A and 11-year-old Minor B in a sentencing memo submitted by U.S. Attorney’s Office for the Western District of Wisconsin on March 29.

In Minor A’s case, the government said there was email evidence that the defendant referred to Minor A as “baby gurl” and that they both said “I love you” to each other. The defendant told her to delete those emails, prosecutors said, and came up with a “code word” so they could continue their “relationship” on Omegle and Zoom.

The feds also discovered the Johnson had communicated with “approximately five children, some as young as 10 years old” on Omegle.

“During these conversations, the children would be naked and exposing their genitals,” documents said. “He also used Omegle and other platforms to exchange child pornography with others.”

A search warrant revealed that “several electronic devices” had “more than 1000 images of child sexual assault material” on them (the feds said that was a conservative estimate). The search also turned up evidence of crimes against Minor B.

One of the videos found was a screen-recorded Discord chat with Minor B, an 11-year-old, in which the defendant instructs her on how to insert a sharpie inter her vagina.

The images and videos of minors A and B and the other images in the defendant’s collection was disturbing.The defendant possessed at least 1000 images, some of which were toddlers. The presence of such young victims makes his criminal activity all the more serious and egregious. Additionally, this was not a case where the defendant randomly stumbled upon child pornography on one occasion. Instead, this is a defendant who has been involved with child pornography for 20 years. He used multiple forums to engage with like-minded individuals and exchange explicit images with them. And he sexually exploited several underage girls. To the extent non- production guidelines impact the Court’s sentencing decision, the factors the Court should consider weigh in favor or a 20-year sentence.

The court sentenced the defendant to exactly that, plus 20 years of supervised release.

The sentencing memo described Johnson as “in certain respects, every parent’s worst nightmare: a predator hiding in plain sight.”

“The defendant’s perceived normalcy and kindness as described in his letters of support is part of what makes him so dangerous. He was a teacher, who in addition to a student’s parents, is responsible for molding children and preparing them for the future. Instead, he used the internet to sexually exploit children in other classrooms,” the memo said. The defendant’s offense was not a one-time event. It was not even a multiple-time event with a single victim.”