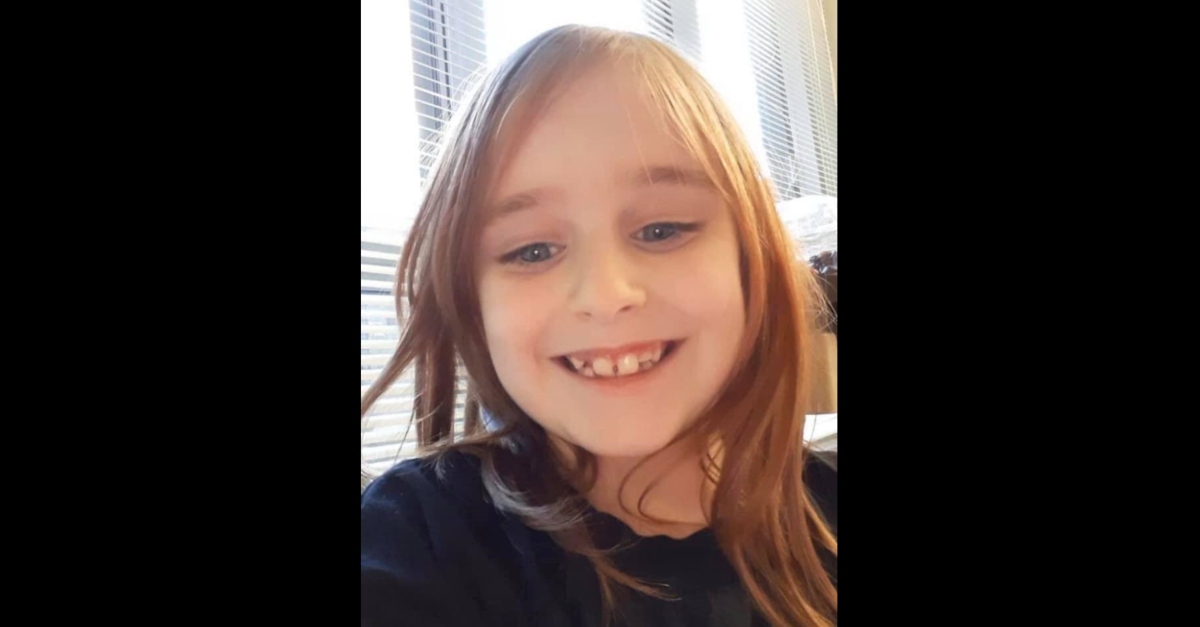 A man who killed a young girl last year was a self-described “incel” and “asexual” who hid her body in his home for two days, according to local police. The final findings from the Cayce Department of Public Safety in South Carolina reportedly did not establish a motive behind Coty Scott Taylor, 30, taking the life of Faye Marie Swetlik, 6, but investigators double-downed on their finding that he was the murderer.

As previously reported, Swetlik went missing from the front yard of her home on February 10, 2020. She died of asphyxiation mere hours after she was abducted, authorities have said. Her body was found in a shallow grave on the 13th near her family’s home. Taylor, who authorities have said lived just 100 to 150 feet from the residence, was found dead from an apparent suicide. He was just a neighbor, not a friend or family member, Cayce Public Safety Sgt. Evan Antley said at the time.

In the newly released report from police, cops spoke to a friend who knew Taylor for five years, according to The State. Taylor had described himself as an “asexual” and an “incel,” which is short for “involuntary celibate.” This friend described him as a “loner who constantly had a negative outlook on life” and Taylor had once said he “lived without hope.”

“All endings, evidence and facts point to the exact same conclusion: Coty Taylor abducted and murdered Faye Marie Swetlik and was the sole perpetrator in this horrible case,” Cayce Public Safety Director Byron Snellgrove, according to The Post and Courier.

That evidence included Taylor’s DNA under Swetlik’s fingernails, police said. A dirt-covered ladle in a trash can had DNA from them both, authorities said.

As part of the search for the missing girl, police had gone to Taylor’s home the day before her body was discovered, but did not find her remains there at the time. They saw a full black laundry bag that they later determined had Swetlik’s DNA, but they did not see anything suspicious in this initial visit. Taylor acted strange after returning home from work, his roommate said. The residence started have a strange smell since Swetlik went missing. According to the police account, he said at that at the time he thought it was deodorizer that Taylor was using to hide marijuana smell, but in retrospect, he believed Taylor was trying to hide “the smell” of the body.

Taylor took a Lyft on February 13 after going to Walmart to buy garden soil and other things used to hide the child. According to this account, Taylor made the driver uncomfortable, and dodged a conversation about gardening. The driver passed police and media, and asked him if he knew Swetlik.

“I don’t know,” Taylor allegedly said. “I never met her before.”

The investigations by the FBI and South Carolina Law Enforcement Division are ongoing.