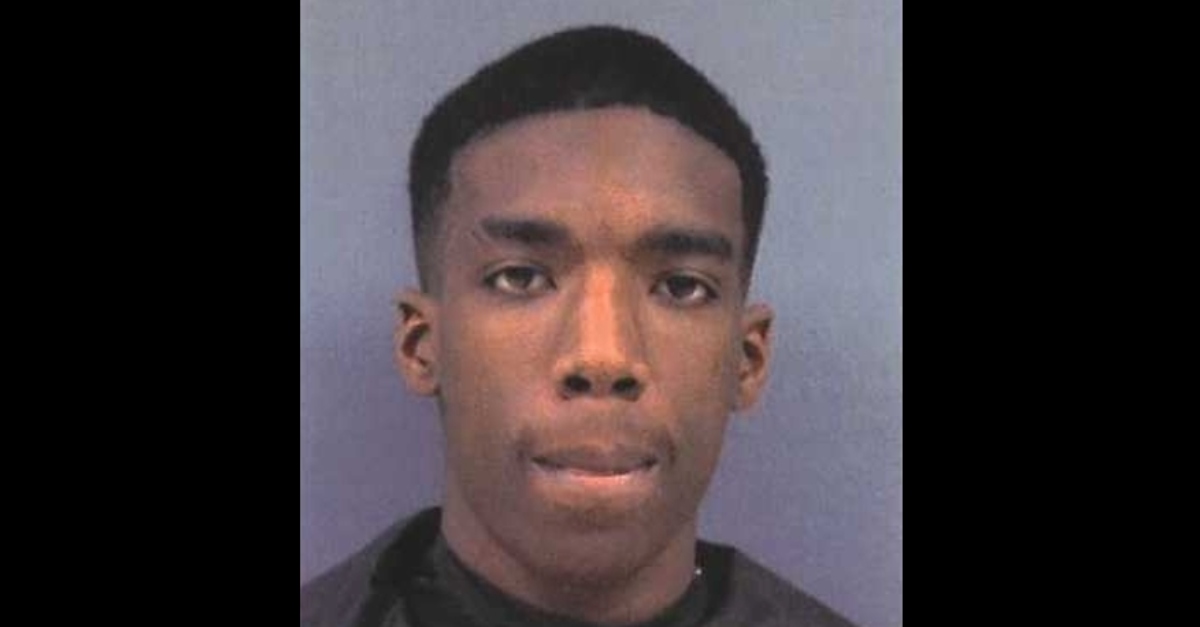 A 21-year-old man was sentenced on Tuesday for his role in the murder of an NFL player’s brother in Cherokee County, South Carolina. By the time Shaun Rogers, Jr. leaves prison, he may have spent more time behind bars than he did on the outside.

Circuit Judge Keith Kelly sentenced Rogers to a 25-year punishment for being behind the wheel of a car as another man shot and killed Overton Deshan Good, 23, in a drive-by slaying. Rogers will be eligible for release after more than 21 years, according to the office of the 7th Circuit Solicitor in South Carolina.

“The investigation revealed Rogers and Jermaine Jefferies, 23, of Gaffney, attempted to force their way into the Good home minutes before the drive-by shooting,” authorities wrote. “Overton Good stopped them at the door. The unwanted visitors left the property in a car driven by Rogers. Rogers drove down the street and turned around. Jefferies fired multiple shots through a passenger window as they passed by the Good residence. Good died due of a gunshot wound. A second person inside the home escaped uninjured.”

Good was the brother of professional football player Denzelle Good, who is now an offensive lineman with the Las Vegas Raiders. Good’s team at the time of the shooting, the Indianapolis Colts, released a statement on Oct. 2, 2018 mourning Overton Good’s death.

Statement regarding the passing of Overton Good, the brother of Denzelle Good: pic.twitter.com/5pAQvq2YVz

Rogers pleaded guilty to voluntary manslaughter, possession of a weapon during the commission of a violent time, discharging a firearm into a dwelling and attempted murder. He previously received a 20-year sentence for conviction of first-degree burglary and attempted armed armed robbery. Jurors last year were deadlocked on murder and other charges, authorities said.

As for the actual gunman, Jermaine Jefferies, 23, is awaiting sentencing after pleading guilty to murder, attempted murder, first-degree burglary, attempted armed robbery, discharging a firearm into a dwelling and possession of a weapon during the commission of a violent crime.

Cherokee County Sheriff’s Office says Jermaine Jefferies is charged with murder in shooting death of Overton Deshon Good in Gaffney yesterday. Jefferies is due in court today. The victim is the brother of #Colts player Denzelle Good. pic.twitter.com/oQ3t5ZHc2F