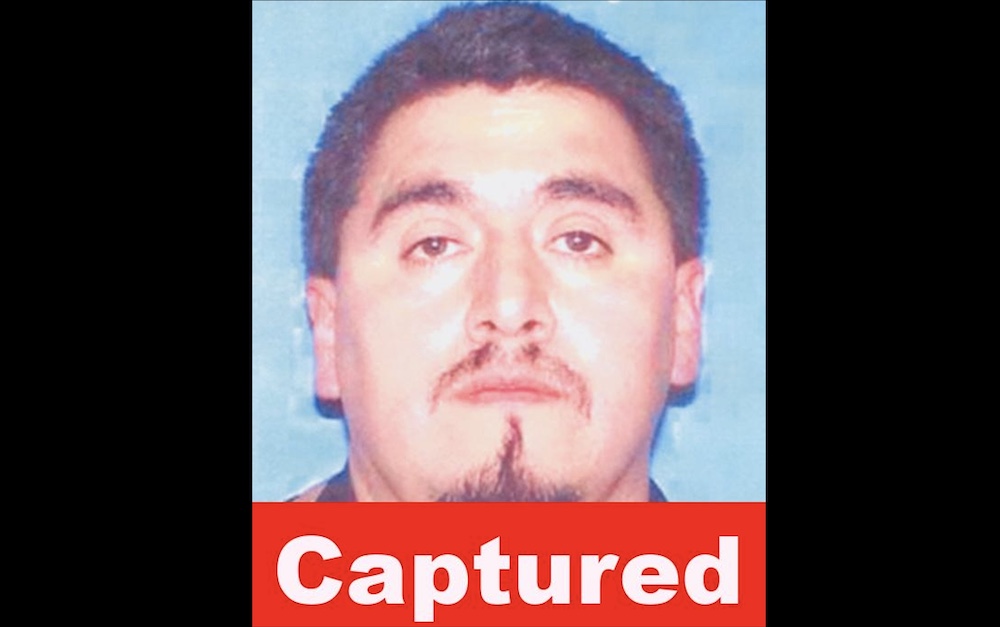 Photo of Octaviano Juarez-Corro via the FBI.

A man wanted for shooting five people — two of them fatally — at a 2006 Memorial Day picnic in Milwaukee has been apprehended in Mexico after 16 years on the run, the Federal Bureau of Investigation (FBI) announced on Friday.

Octaviano Juarez-Corro is accused of committing the shooting at South Shore Park after a dispute with his estranged wife, with whom he was in the final stages of a divorce. He allegedly showed up to the picnic uninvited and “caused a commotion and demanded to see his daughter,” according to the Sept. 8, 2021 FBI press release announcing Juarez-Corro was being added to the Ten Most Wanted Fugitives List.

“His wife informed him that he was not allowed to see his daughter that day and demanded that he leave,” the release continued. “Juarez-Corro then became agitated and shortly thereafter produced a handgun from his waistband and shot at his estranged wife, as well as her family and friends.”

According to an Associated Press report at the time, witnesses described “hundreds of screaming people” fleeing the scene after a man wearing a white shirt had an argument with a group of people sitting at a picnic table. The man was said by those witnesses to have pulled a handgun and fired repeatedly as he circled around them.

“At point-blank range, he was shooting,” Peter Quinones told the AP after reportedly witnessed the shooting. “He was so concentrated on that table, it looked like he wanted to wipe out that whole group of people.”

Two men, Raymundo Munoz-Silva, 31, and Julio Diaz-Guillen, 17, were both shot in the head and died from their injuries.

Juarez-Corro’s wife was shot twice in the chest but survived. Two other victims were also injured — a 34-year old man who was shot in the leg and hospitalized and a 21-year-old man who was treated for a leg wound and released.

The very next day, the United States District Court for the Eastern District of Wisconsin issued a federal arrest warrant after the defendant was charged with unlawful flight to avoid prosecution.

Juarez-Corro was apprehended in Zapopan on the evening of February 3, 2022, the FBI announced on Friday.

“Octaviano Juarez-Corro spent the last 16 years running from law enforcement, hiding in another country, and believing time and distance was on his side,” said Special Agent in Charge Michael Hensle of the FBI’s Milwaukee Field Office. “The FBI has a long reach and extraordinary law enforcement partnerships across the globe. I commend the tireless efforts of all our partners from Milwaukee to Mexico in closely coordinating with the FBI in capturing this wanted fugitive and helping to bring this violent offender to justice, as well as closure to the victims and their families.”

Milwaukee Police Chief Jeffrey Norman expressed the gratitude of the Milwaukee Police Department for “all the efforts by the FBI” and other agencies that were involved in capturing Juarez-Corro.

“With his capture, we are one step closer to bringing justice and closure to the victims, the victims’ families and everyone that was impacted by this tragic incident,” Norman added. “I am committed to working with our community and system partners to build sustainable neighborhoods free of crime that are built on positive relationships.”

WITI-TV in Milwaukee confirmed that the tipster whose information led to Juarez-Corro’s capture will receive a $100,000 reward offered by federal authorities.

Currently, Juarez-Corro remains imprisoned in Mexico and is awaiting extradition to the United States.

[Image of Octaviano Juarez-Corro via FBI.]