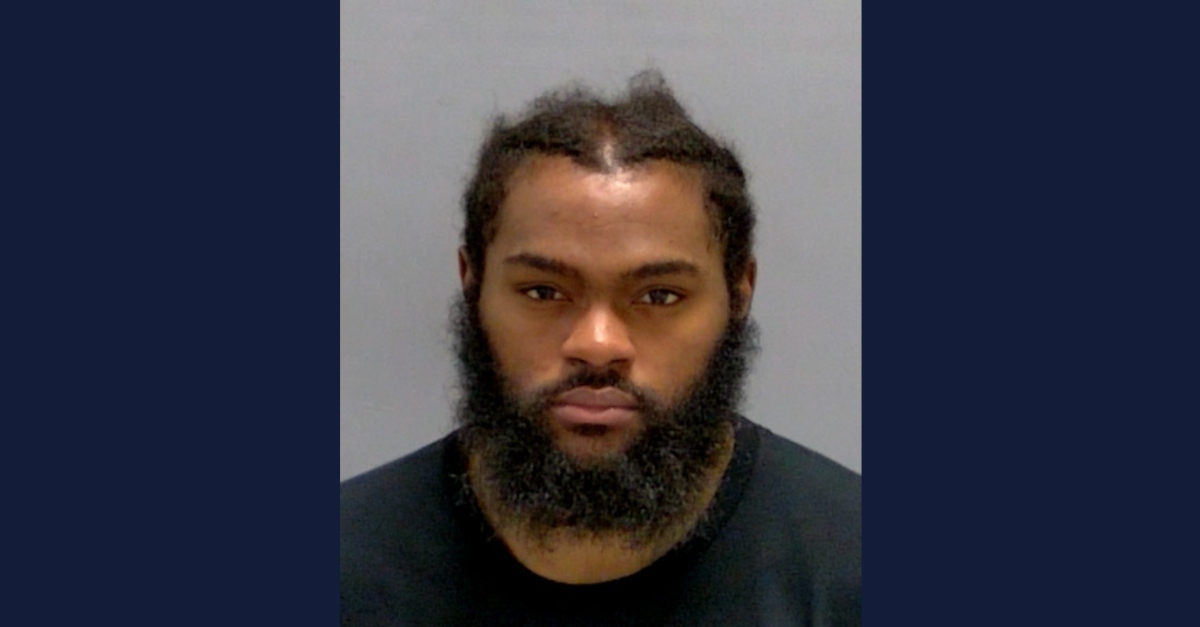 A man is accused of murdering a Lyft driver, then driving the victim’s stolen vehicle to a family event. Devin Powell, 24, is charged with murder, robbery, and theft, online records show. Police say he fatally shot Anthony Garland, 34, leaving the man face down in the grass in Indianapolis, Indiana.

Officers said they were called out to the 3000 block of Rolling Dunes Drive early Thursday morning. A coroner found six “defects” on the body of the then-unidentified man.

“All were consistent with gunshot wounds,” officers said.

Police said they found no shell casings. The victim had no personal property except for some change.

“The male had a visible defect to the top of his head and there was a pool of blood under his face,” police said. “There was also some blood staining his shirt on his back and on his leg. There was a plastic glove similar to those used in food service with blood on it lying next to the body.”

Officers managed to identify him as Garland by matching his description to his missing person case.

His wife told cops her husband worked for Lyft as a driver. He was out working the night before, she said, telling them he drove a 2013 GMC Acadia.

Cops got a warrant for Lyft records, showing them that Powell’s account was Garland’s last ride.

Using GPS, officers traced the vehicle to Merrillville, Indiana, stopped it, and found Powell with a passenger.

“Officers could see what appeared to be blood stains around the center console,” police said.

The passenger, who identified himself as Powell’s cousin, said that the vehicle belonged to Powell, according to authorities.

“He said Mr. Powell had driven up from Indianapolis that day for a family function,” officers wrote.

Powell also told officers he drove to Merrillville for a family function. He claimed to have discovered the vehicle running but driverless, officers said.

“When asked about the car he was in, the white Acadia, Mr. Powell said that he had found the vehicle on Waterfront Parkway as he was walking to the gas station,” police wrote. “He said the car was running and the door was open. He said that he watched the car for a few minutes and when no one came around, he got in the car and drove it away. Mr. Powell said that he later saw the news about the guy found dead where he found the car. He admitted that he also had a gun in the car but said there was no way his gun killed that man.”

He at first denied called for a Lyft that day, but eventually admitted using his account to call for a ride, officers said. Then, he confessed to shooting Garland, police said.

Powell allegedly said he pulled Garland’s body out of the vehicle.

“After the shooting, Mr. Powell said that he went to his apartment located at 3002 Bayside Drive, Indianapolis, Marion County, IN. Mr. Powell’s address is located within 100 yards of where the victim’s body was found,” police wrote. “At the apartment, he said that he cleaned up and changed clothing. He also admitted to buying seat covers for the front two seats to cover up the blood stains. He also said he vacuumed up the four shell casings.”

Powell has no attorney of record, a Marion County court staffer told Law&Crime. He is scheduled for his advisement of rights hearing, an arraignment, on Thursday.

“We are heartbroken by this horrific tragedy, and our thoughts are with Mr. Garland’s loved ones during this incredibly difficult time,” a Lyft spokesperson told Law&Crime in a statement. “We will continue to assist law enforcement with their investigation in any way we can, and will continue our efforts to combat this senseless violence and help keep drivers safe.”