Man in S.C. Charged with Malice Murder in Georgia After Dismembered and Decomposing Body Found ‘in Plastic Bags’ 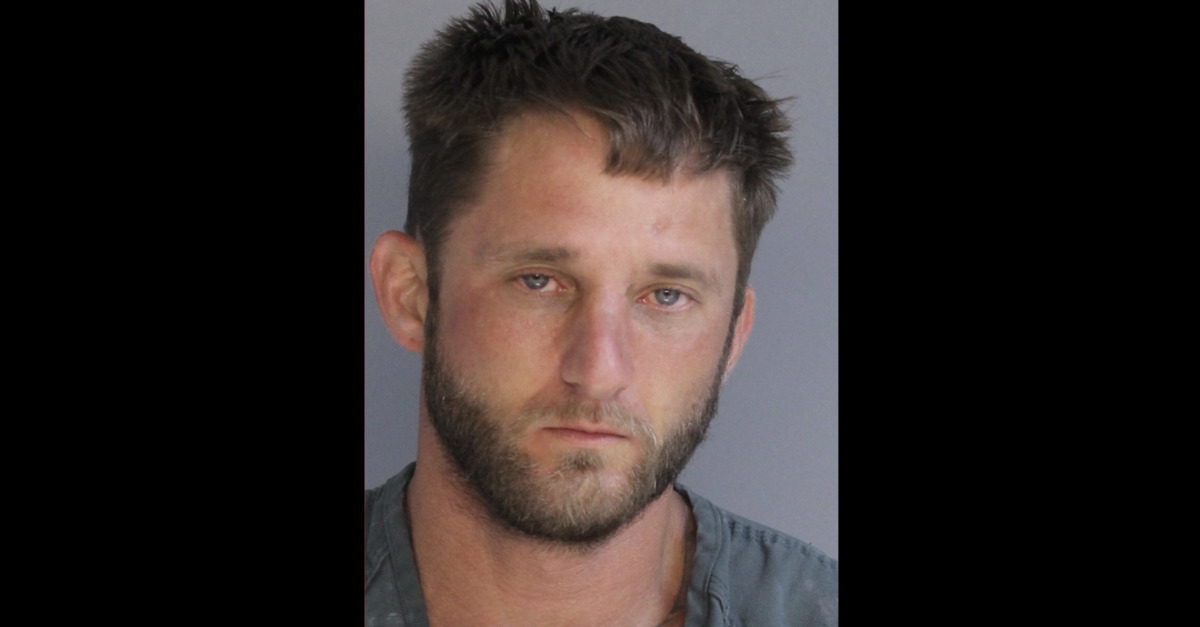 A man in South Carolina has been charged with murder in Georgia after human remains were found in “plastic bags.”

Christopher Collin Demmon, 33, is currently being held by authorities in Aiken County, South Carolina, while awaiting extradition back to the Peach State, according to the Georgia Bureau of Investigation.

The remains were discovered early Friday night in a bag outside of a home in Devereux, Ga., where a 911 call was made. The Hancock County Sheriff’s Office quickly referred the investigation to the GBI and requested a homicide inquiry.

By Saturday, law enforcement had obtained an arrest warrant for the defendant, who was subsequently charged with malice murder and is in the process of being transported to Hancock County, Ga.

The air of uncertainty looms large in the case and the current reporting on the particulars is sparse.

According to the Macon Telegraph, Demmon has “ties to Florida” and was previously in police custody after being arrested in South Carolina on June 1 for a possible disorderly conduct charge. An unnamed official said to be “familiar with the investigation” told the newspaper that the vehicle Demmon was in when he was originally arrested for the alleged and minor charge that “may” have “helped investigators” tie him to the dead body in Georgia.

“The preliminary investigation reveals that Demmon and another person lived at the residence on occasion,” the GBI said on Sunday morning–referring to the property on Main Street in Devereux. “Positive identification of the deceased is pending. The body was transported to the GBI Crime Lab in Decatur for autopsy.”

“After the GBI arrived and the deputies arrived, we determined the body was in a bag and that decomposition had already set in,” Mary Chandler, special agent in charge of the GBI’s Milledgeville office told the Telegraph.

According to the San Francisco Chronicle, the human remains were discovered in “at least one bag” and were decomposing at the time of the gruesome, mid-evening discovery, citing authorities.

Chandler said it was presently unknown how long the alleged victim had been decomposing. The corpse may have also been dismembered, the outlet reported, citing another unnamed official who said the body was “in plastic bags.”

Chandler also said that the house was currently inhabited by several people but again noted the murky and preliminary nature of the investigation–telling media on Saturday that it was unknown if the unidentified victim actually had any connection to the residence where their body was found.

On Monday, it was still unknown whether the defendant is represented by counsel in the fast-moving matter.

Demmon has a medium-length rap sheet for relatively petty crimes including grand theft, burglary and credit card fraud in Tampa, Fla. Overall, the defendant spent some 3-and-a-half years behind bars for his previous infractions. He was released from prison in December of last year.

On Saturday, June 5, 2021, the GBI obtained an arrest warrant for Christopher Collin Demmon, age 33. Demmon is charged with Malice Murder in connection to the death of a person found deceased in Hancock County on Friday, June 4, 2021. Demmon is currently in police custody in Aiken County, SC and will be transported to Hancock County.

On Friday, June 4, at around 7:30 p.m., the Hancock County Sheriff’s Office requested that the GBI conduct a homicide investigation in Devereux, GA. At approximately 6:57 p.m., the Hancock County Sheriff’s Office 911 Center received a call stating they believed a deceased person had been located. Deputies responded and confirmed that an individual was deceased on a property on Main Street in Devereux, GA.