Man Enraged ‘Over a Video Game’ Is Sentenced to Prison for Shaking Infant to Death, Leaving Victim ‘Bleeding From the Brain and Eyes’ 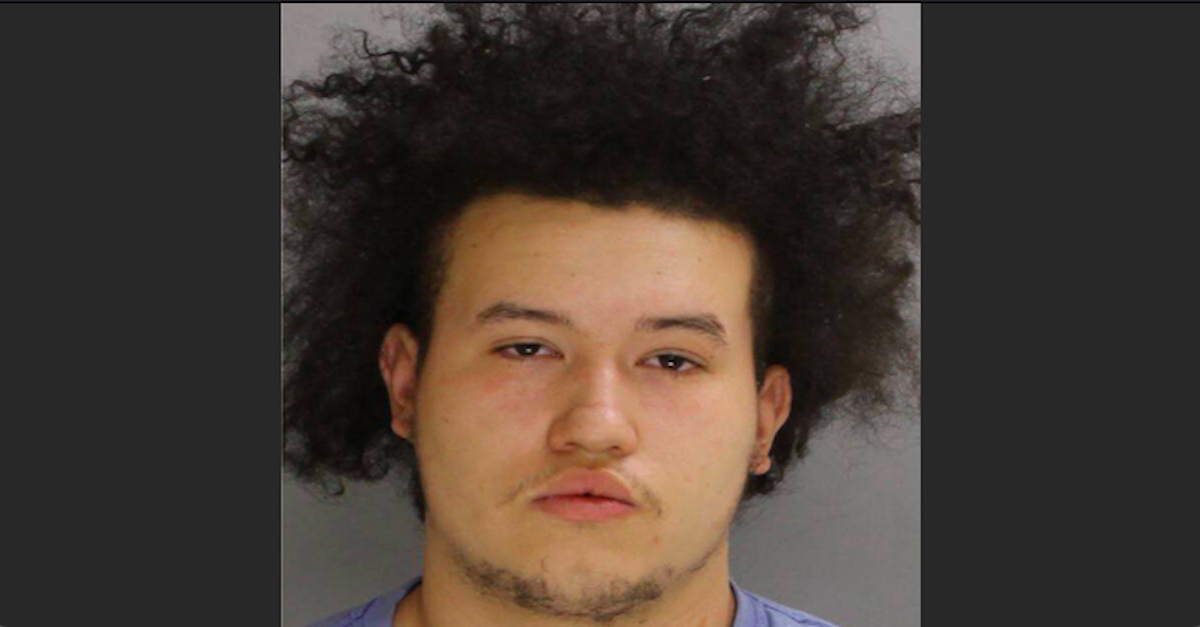 A Pennsylvania man was sentenced to spend at least the next three decades behind bars for killing his infant daughter in a fit of rage over his frustration with an online video game, prosecutors said.

Chester County Common Pleas Judge Patrick Carmody sentenced 22-year-old Zion Shockley to 31-62 years in state prison for the 2018 death of his 5-month-old daughter Rosalie Faith Crothers-Shockley. Zion pleaded guilty to one count each of third-degree murder, aggravated assault, and endangering the welfare of a child.

“The trauma inflicted on this 5-month-old child is unfathomable, especially given it was her father’s rage over a video game that caused it,” Chester County District Attorney Deb Ryan said in a statement following the sentencing hearing. “No child should ever have to endure what this baby did. Judge Carmody’s sentence, hopefully, brings peace and justice to the mother and family of the victim.”

Officers with the Coatesville City Police Department on February 10, 2018 responded to a 911 call about an unresponsive infant at a home on Harmony Street. First responders arrived on the scene, performed lifesaving procedures on the infant, and rushed her to Brandywine Hospital in Coatesville. The medical staff at the facility decided to transfer the child to Nemours Alfred I. duPont Hospital for Children in Wilmington, Delaware for treatment where she was pronounced dead on Feb. 12.

According to the Chester County District Attorney’s Office, detectives investigating the case learned that baby Rosalie’s mother on Feb. 9 dropped off her daughter for a weekend visit with a then-18-year-old Zion. At the time, Zion was staying at his grandparents house.

The following day, Zion was playing the online video game “Call of Duty” on his PlayStation “when another player disparaged his game-playing skills,” prosecutors said. “Angered, the defendant picked up the victim, threw her in the air, and then shook her violently for a minute.”

Then-District Attorney Tom Hogan said doctors discovered that the infant was “bleeding from the brain and eyes,” The Associated Press reported. Per the AP, Zion also showed investigators how he threw his daughter using a doll, which he “purposefully failed to catch.”

Zion reportedly told investigators that the player who mocked him called him a “failure.”

Prosecutors said the violent throwing and shaking rendered the baby unresponsive and that Zion was aware that the baby had stopped breathing. He allegedly did nothing except go get himself a glass of water. The defendant’s father found a non-responsive Rosalie later in the day and placed the 911 call.

Investigators additionally discovered that six weeks prior to Rosalie’s death, a similar incident had occurred. Prosecutors said that Zion had once again become frustrated while playing video games and took out that frustration by violently shaking the child “for five minutes.”

“When the defendant was being mocked by players and his reaction was to severely injure and ultimately murder his own child, that is someone who should not be in charge of a child to begin with,” DA Hogan said in 2018.

The district attorney’s office asked that suspected child abuse be reported by calling 1-800-932-0313.