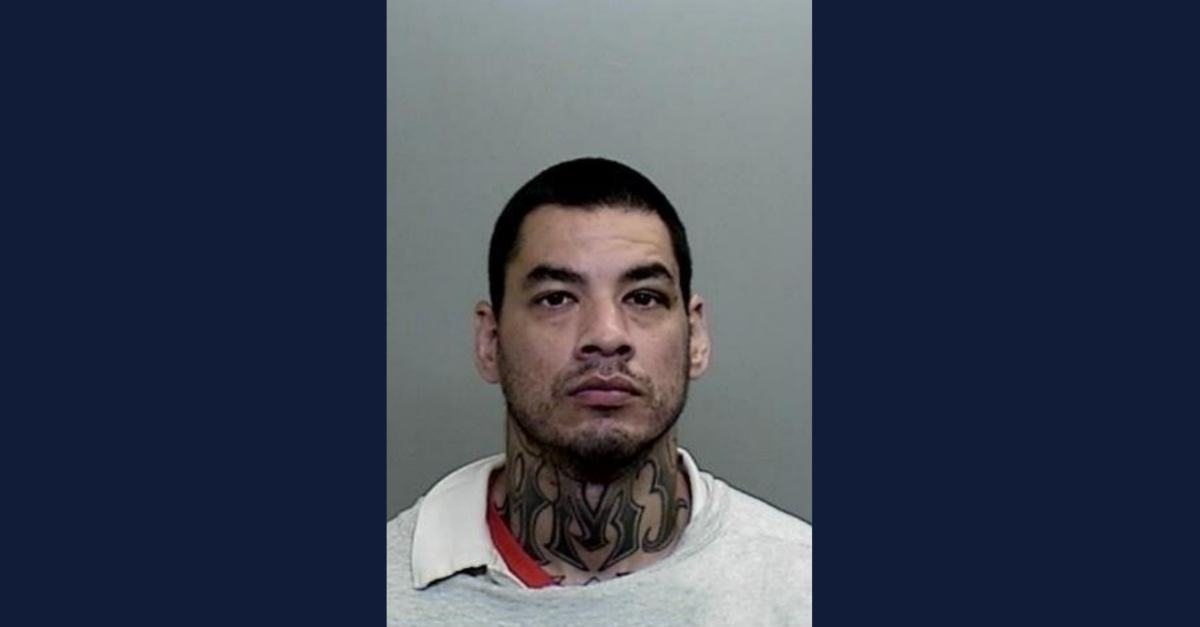 A California man is accused of murdering his girlfriend’s 1-year-old son.

Edward “Two Feathers” Steele, 32, was supposed to be taking care of the child and the boy’s 2-year-old older brother while the mother was in jail, according to deputies. Instead, authorities said they found the children both abandoned and the younger sibling dead.

Cops initially said that Steele was a person of interest in the boy’s death. On Wednesday, a “concerned parent” contacted authorities at around 1:22 p.m., worried about the whereabouts of their two missing children. The kids had been left in Steele’s care at a hotel on the 1300 block of North State Street in the city of Ukiah, according to authorities.

Ukiah is a more than two-hour drive northwest from San Francisco along U.S. Route 101.

Deputies tried finding Steele and the two boys. It was at 3:55 p.m. when medical first responders were dispatched; the 2-year-old child was found near railroad tracks in the 300 block of Brush Street, deputies said.

“A concerned citizen had located a two-year-old child near the railroad tracks who appeared to be suffering from heat related symptoms,” deputies said. “The concerned citizen was able to locate a passerby who contacted 9-1-1. The 2-year old child was transported to Adventist Health Ukiah Valley Hospital for treatment.”

Before the murder case, deputies simply identified Steele as a person of interest. From investigators:

Investigators believe this was Steele and the two children.  They were last seen walking southbound on North State Street from Ford Road.

Investigators are asking business owners to review any exterior surveillance camera footage from 4:30 AM through 7:00 AM on 08-03-2022.

Investigators are asking that any activity depicting an adult male either carrying or walking with small children be reported to the Sheriff’s Office by calling 707-463-4086.

Any businesses located between the 900 block and 1500 block of North State Street in Ukiah.

Any businesses located on Mazzoni Street in Ukiah.

Any businesses located east of the Brush Street/North State Street Intersection through the 300 block of Brush Street in Ukiah.

“On 08-02-2022 at 2:05 AM Mendocino County Sheriff’s Office Deputies were dispatched to a possible domestic violence incident occurring in the 1700 block of North State Street in Ukiah, California,” said authorities.

Deputies said they arrived to find Steele and the boys’ mother Sally Arellano standing in the parking lot of a closed business. Arellano, authorities said, was arrested for a misdemeanor charge of domestic violence battery.

While Arellano was in jail, Steele allegedly “assumed care” of her sons. Now deputies assert that he abandoned those children.

Deputies said they managed to arrest Steele on Thursday. They booked him into the Mendocino County Jail on a murder charge and a violation of post-release community supervision. He remains held without bail.