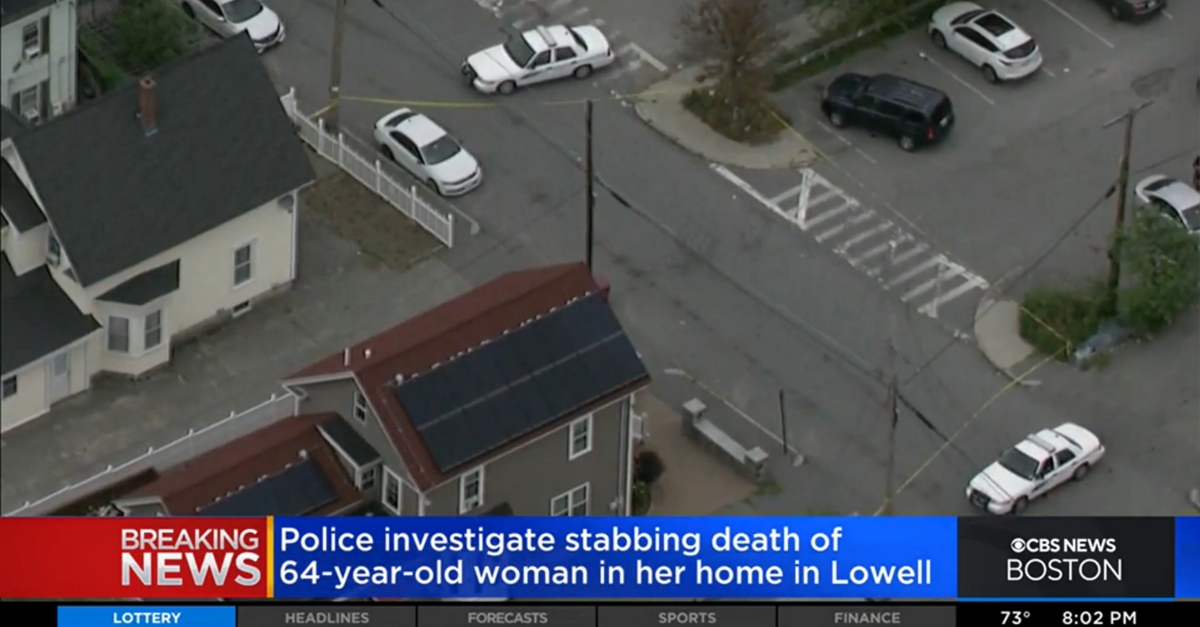 A woman was stabbed to death by her own great-nephew, according to authorities in Middlesex County, Massachusetts. Authorities arrested Rayshawn Settles, 22, for murder on Saturday, said the local District Attorney’s Office. Victim Linda Gilbert, 64, died back on July 31.

“At approximately 11:19 p.m. on July 31, Lowell Police received a 911 call reporting an unresponsive female inside a Loring Street residence. Upon arrival police located the victim with apparent trauma,” the D.A.’s office said. “She was transported to Lowell General Hospital where she was pronounced dead.  The Office of the Chief Medical Examiner ruled that the cause of death was multiple stab wounds.”

Authorities said they were able to track down Settles as the suspect because of surveillance footage, and also he had Gilbert’s DNA on his clothes, which he had allegedly worn during the murder.

“Investigators were subsequently able to locate surveillance video of the defendant, the victim’s grand nephew, walking to and from the home around the time of the murder,” authorities said. “Investigators were also able to locate clothing the defendant allegedly wore during the murder.  Those clothes were tested at the Massachusetts State Police Crime Laboratory and found to have the victim’s DNA on them.”

Authorities said they arrested Settles without incident at Lowell General Hospital, Saint’s Campus. He had been held there civilly since Aug. 1, they said. He is expected to be arraigned Monday in Lowell District Court.

Authorities did not suggest a possible motive, or detail how they believe Settles carried out the stabbing.

Gilbert is survived by relatives including her sister, nieces, and nephew, as well as “several great nephews and niece,” said her obituary.

“Her hobbies and interests included spending times with family, friends, and members of her congregation,” her obituary said. “She also enjoyed reading and hosting bible studies in her home. She took joy in sponsoring Freddy from Uganda and receiving updates from him as he progressed in life. Her medical issues never took away from devoting her time, energy, and love to others and she always found a few hours a day for long chats on the phone. She took interest in music and had a special love for her harmonica. She had a deep love for dogs, to include Annie, Rosie, Pete, and Lady.”