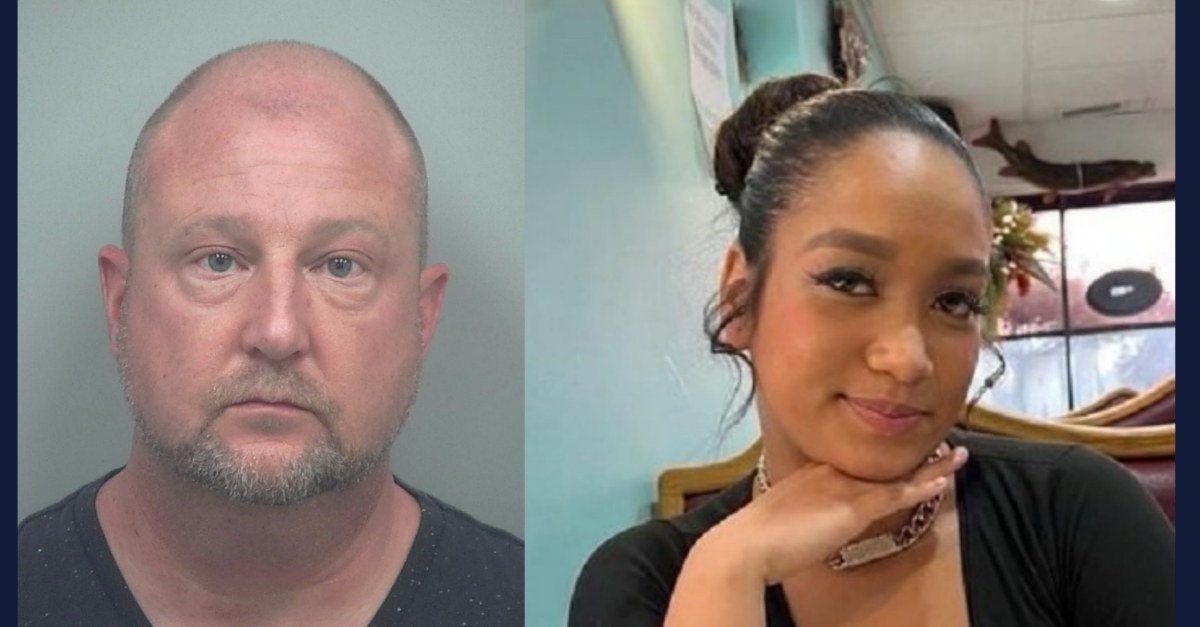 A man has been arrested for allegedly stabbing a young woman to death. Shortly after identifying the remains of victim Sarai Llanos Gomez, 19, authorities said they solved her murder. The culprit is Timothy James Krueger Sr., a resident of Duluth, Georgia, officials said in press releases on Friday.

Gomez turned up dead–her body decomposed–in a wooded area in the Hall County city of Flowery Branch on June 20, authorities have said. More than a month later, however, deputies said they were able to determine her identity.

“Ms. Gomez’s body was found on Paradise Point Road on June 20, 2022,” deputies wrote on July 26. “Shortly thereafter, Hall County Sheriff’s Office investigators determined Ms. Gomez was a victim of murder; however, there was nothing at the scene that immediately pointed to her identity. The ongoing investigation, including the release of a composite GBI sketch of the victim, led to her positive identification this week.”

Gomez was a mother of two children, originally from Ecuador, according to Ecuadorian news outlet Extra.

It was a matter of days before they claimed to have figured it out. Krueger was arrested Thursday for felony murder, and aggravated assault in Gwinnett County. Hall County deputies suggest he stabbed Gomez to death in his Duluth home. Gwinnett police said Krueger confessed after officers took him to their headquarters.

“I’m proud of the way our CID and Intel Unit collaborated with the Department of Homeland Security, the Georgia Bureau of Investigation and Gwinnett County detectives to find this young woman’s killer,” Hall County Sheriff Gerald Couch said. “Six weeks ago we had no idea who our victim was and we had no leads on her killer. After hundreds of hours of intense investigative work, our team was able to put a suspect behind bars. I pray this brings a sense of justice to Ms. Gomez and her family.”

If anyone has any information to share in this case, please contact GCPD detectives at 770-513-5300.  To remain anonymous, tipsters should contact Crime Stoppers at 404-577-TIPS (8477) or visit www.stopcrimeATL.com.  Crime Stoppers tipsters can receive a cash reward for information leading to an arrest and indictment in this case.