Man Allegedly Beat Girlfriend So Severely She Said ‘Just Kill Me Already,’ Forced Her to Go with Him to Job Interview at Jail Across State Lines 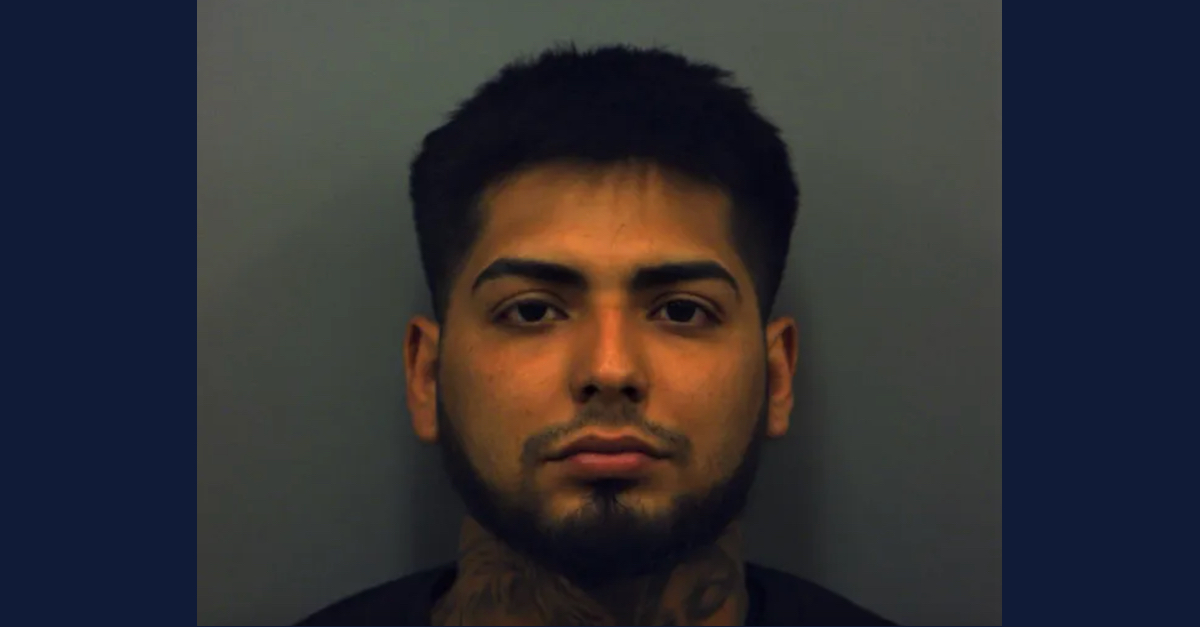 A Texas man allegedly went to a job interview over the weekend while holding his girlfriend hostage. He’s since been arrested twice.

Matthew Joseph Contreras, 25, stands accused of aggravated assault with a deadly weapon, according to police in El Paso, Texas.

Court documents obtained by local ABC/CW affiliate KVIA note that the defendant and his alleged victim were in a relationship and had been living together for several years before the incident on Sunday, March 13, 2022. The couple also has a 1-year-old son together.

The woman told police she woke up on at around 2:00 a.m. on the day in question to find Contreras looking though her phone after she had fallen asleep upon coming home from work. After she awoke, she said, the defendant accused her of cheating on him based on a text message with a male coworker. The woman said there was nothing going on between them; that’s when the attack began.

Contreras allegedly punched his then-girlfriend all over her body multiple times before holding a knife to her throat. He eventually cut her hair with the same kitchen knife he had allegedly menaced her with just moments before. Then he left the bedroom, the woman said and returned with a handgun. Contreras allegedly placed the barrel of his gun into her mouth and then held it to her forehead. Then he allegedly threw her on the floor and began to kick her. At one point, she said, the defendant doused his alleged victim with bleach.

Amid this torrent of alleged abuse, the woman told police, she insisted that she had not cheated. But that attempt to reason with the defendant allegedly only made him even more angry. As the alleged attacks continued, the victim became so despondent she told her assailant: “Just kill me already.”

According to investigators, Contreras then forced the woman at gunpoint to go with him to his job interview at the Otero County Detention Center across state lines in Alamagordo, New Mexico–roughly one-and-a-half hours away. Their son was in the backseat.

During the car ride, Contreras was pulled over and cited for speeding. The officer who issued the ticket did not make contact with the victim, investigators say, because the defendant told her to stay quiet.

Once they arrived, Contreras went into the building by himself and the woman was rescued after flagging down a detention officer in the parking lot. She told her story and Otero County Sheriff’s deputies arrived to take her to a nearby medical center for treatment.

At the same time, deputies contacted the El Paso Police Department about a possible kidnapping. An arrest warrant was issued and the defendant was arrested by the EPD on Monday, March, 14, 2022.

According to the El Paso Times, citing jail records, Contreras was booked into the El Paso County Jail but quickly posted bond on $100,000 bail and was subsequently released from custody.

But he wasn’t out of custody for very long.

The paper reports that the defendant was released on Tuesday and then re-arrested by the FBI on Wednesday on one charge of possession of weapon or ammunition by a prohibited person.

Contreras is currently being held without bond.

Earlier this month, another Texas man was arrested for allegedly soliciting a minor for sex via social media just days before he was scheduled to start working as a prison guard in Bexar County.