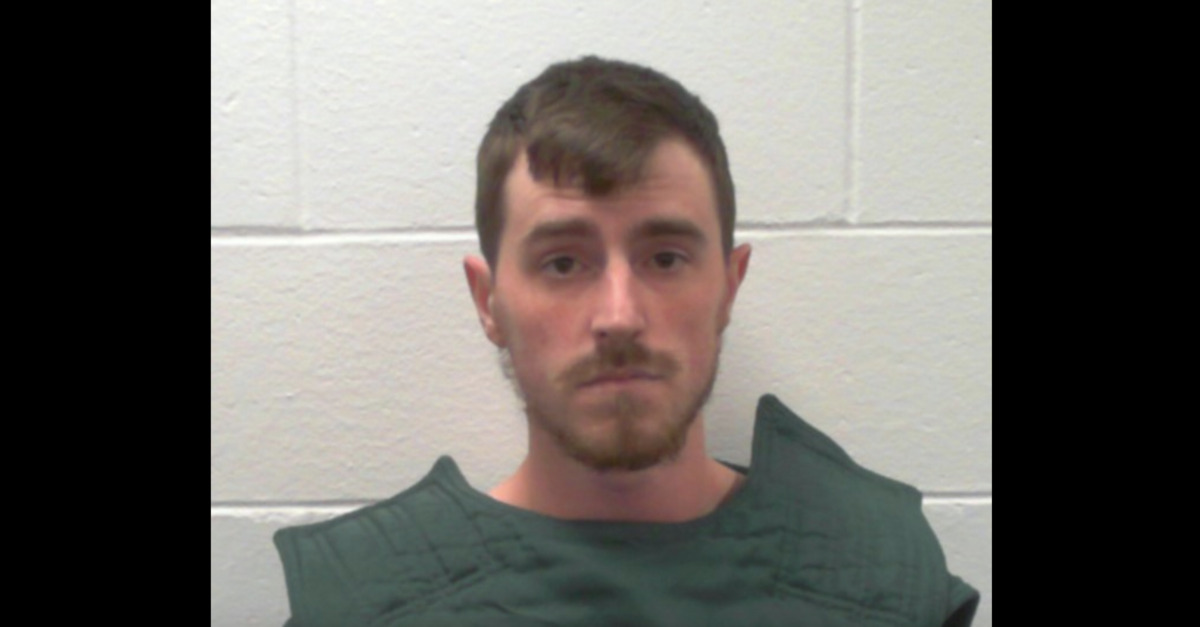 It’s the Holiday Season and even an accused murderer is being granted something akin to a Christmas miracle this year.

Trevor Averill, 28, stands accused of murder and manslaughter over the 2020 death of his 2-month-old daughter. The defendant hails from Buckfield, Maine and was previously barred from from having any contact with children under the age of six as a condition of his bail.

But on Monday, a judge in Auburn, Maine amended Averill’s pretrial release conditions in the spirit of the season.

According to the Sun Journal, the local prosecutors were none-too-happy with the prospect of such yuletide lenience.

“Given the nature of the charges, the seriousness of the charges, we’re not in a position to be agreeable to the defendant having any contact with children,” Assistant Attorney General for the State of Maine Lisa Bogue said during the proceedings.

In each case, the defense noted the three specific children who would be in attendance at the large family gatherings his family hosts.

Bogue said the state would leave the matter entirely up to the judge’s discretion.

The Christmastide allowance, as well as Bogue’s misgivings about it, was essentially a replay of a prior Thanksgiving Day departure.

According to the Press Herald, Averill was granted the ability to visit his family during the celebration of the national harvest festival last month. Judge Stewart said he would review how that holiday went before approving the identical Christmas request.

But the defendant didn’t get everything he asked for–the defense had initially requested visits from 8 a.m. to 10 p.m. but later asked for a 5 p.m. cutoff. He was gifted, instead, a Thanksgiving Day visit that lasted from 12 to 3 p.m. and given an extra hour with his family on Christmas.

In November, Bogue was more animatedly opposed to the idea.

She noted that Averill’s bail amount had previously been cut in half “with some very specific conditions and those included no contact with children under the age of 6. And if we continue to erode those conditions, then you might as well not have any conditions.”

The prosecutor went on to note the defendant allegedly “murdered his child (and that it) happened while there was another person in the home. And there are allegations that the child suffered abuse on more than one occasion. So, given the fact that that is what he stands charged with, the state just cannot in good conscience agree that the defendant have contact with any kids while this case is pending.”

Averill denies that he killed his daughter.

According to the Bangor Daily News, he pleaded not guilty to the charges against him in early September of this year. He was indicted by a grand jury following a 13-month-long investigation.

In July 2020, Androscoggin County Sheriff’s deputies responded to a medical distress call at Averill’s home regarding an infant.

Harper Averill was rushed to Maine Medical Center in Portland where she later succumbed from her injuries.