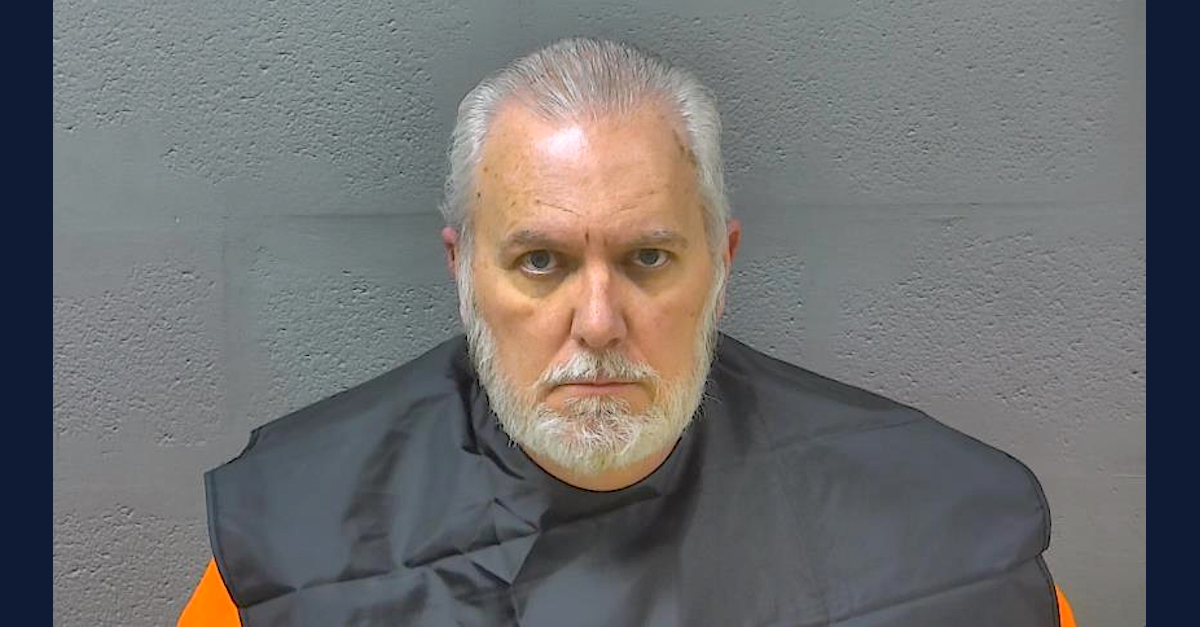 William Atwell appears in a mugshot taken by the Ridge Regional Jail.

A professor at Virginia’s conservative Liberty University has been arrested by the university’s own police department on accusations that the professor had “inappropriate sexual contact” with a student. That’s according to court records, jail records, and a statement from the university itself.

The records say the now-former professor is being represented by a public defender. Atwell is due to return to court on Jan. 25, 2022.

Liberty University released the following statement about the matter to a number of local newsrooms:

“Liberty University takes nothing more seriously than claims that a faculty member has had inappropriate sexual contact with one of our students, something for which there is zero tolerance. We are treating this matter with the utmost seriousness, care, and concern. With the student’s consent, the university turned the matter over to the appropriate legal authorities and the faculty member in question was arrested. The faculty member has also been suspended by the university pending the outcome of this matter. To protect the integrity of investigation and the privacy of the student, we will limit further comment.”

A representative with the criminal division clerk’s office at the Lynchburg General District Court told Law&Crime that no officer’s affidavit explaining the facts of the case was yet on file. The individual with the clerk’s office said that it is rare for prosecutors to file factually copious affidavits along with charging documents in that jurisdiction.

Jail records maintained by the Lynchburg Adult Detention Center of the Blue Ridge Regional Jail, Atwell was arrested by Liberty University’s own police department on at 6:53 p.m. on Nov. 20. His bond amount was set at $3,000, which Atwell subsequently apparently posted; he was released from custody at 5:35 p.m. on Nov. 29.

Lynchburg ABC affiliate WSET reported that Atwell was until recently listed on Liberty University’s website as an associate professor of American Sign Language. His name has since been removed from a faculty directory.

“When asked on Tuesday if he was okay, because we knew he’d been sick, they simply just told us he was fine,” Liberty University senior Hailey Wilkinson told the television station, referencing university officials. “We didn’t know at the time what ‘fine’ meant.”

Atwell’s arrest comes amid a growing number of legal woes and lawsuits surrounding Liberty University. Some of the cases allege a culture which discourages victims of sexual impropriety from coming forward at the Christian-centered university.