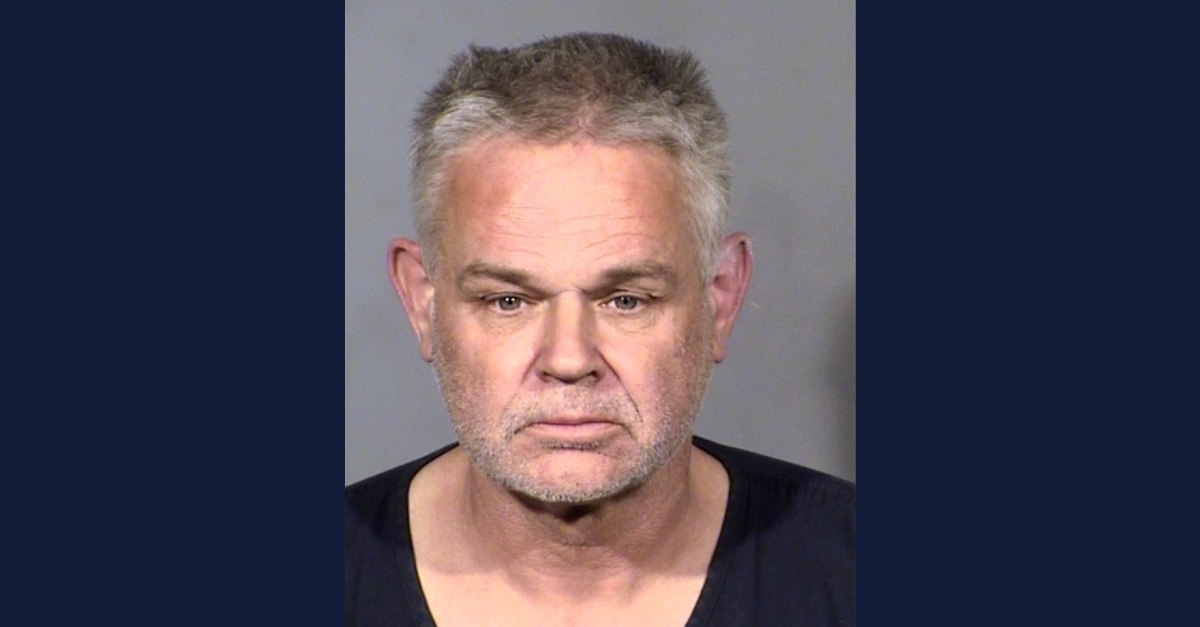 A man has pleaded guilty to second-degree murder with a deadly weapon after authorities said he drove around with his friend’s dismembered body in a pickup truck.

Eric Holland, 58, is scheduled for a Sept. 1 sentencing hearing, according to The Las Vegas Review-Journal. Authorities have said he shot Richard Miller, 65, multiple times, purchased garbage bags and a power saw, and cut up the man’s remains.

Officers with the Las Vegas Metropolitan Police Department arrested Holland on Dec. 23. Police tried to perform a traffic stop on him when he was driving a Toyota Tundra pickup truck near Tropicana Avenue and Duneville Street, authorities said. Holland fled, but a police helicopter tracked him and saw when he switched into a Chevy Avalanche pickup truck. The aerial unit followed him to an apartment complex near the 4200 block of West Rochelle Avenue. Officers said he exited the vehicle and threw objects at them in his attempt to flee.

Officers took Holland into custody and determined both the Toyota and Chevy were reported stolen. Cops said they made the pivotal, grisly discovery while taking inventory of the items in the Avalanche. They discovered coolers taped shut, they said. Officer Ricardo Auerbach previously testified that one of the coolers reeked of “fish or something decaying.” Cops checked it out. They said they discovered Miller’s severed head and pieces of his body spread throughout the multiple coolers.

Prosecutors said Miller had been shot multiple times, including in the head. The state argued there was evidence of premeditation in the murder.

According to court documents, investigators found a saw and trash bags, with pieces of a missing man in them, in the back and in the open tailgate of a truck Eric Holland was driving at the time of his arrest. https://t.co/2E2Fw5lsnU #8NN pic.twitter.com/6C0vBZ8fLI

Miller was reported missing after an employee of his arrived at his houseboat on Lake Mead in November to see him. It was to no avail. Miller did not show up for the meeting. The National Park Service investigated, according to the Review-Journal. Park Service officer Kristin Waring testified about speaking with a man about the last time he saw Miller. She said she thought his name was Brian Long.

“The way he described his last conversation with Richard Miller sounded like an argument,” Waring said.

Authorities say Holland was known by the alias “Brian Long.”

Surveillance footage showed Holland buying construction-grade garbage bags and a power saw, according to grand jury transcripts obtained by the Review-Journal. Investigators argue he used that saw to cut up Miller. Of the several guns recovered from the trucks, Holland used at least one to kill Miller, authorities said. Both men were described in court as friends. They also worked together.

Holland’s defense has previously suggested that Holland did not know what was in the vehicle he allegedly stole while fleeing from Las Vegas police.

Holland “will finally be able to provide an answer to that question” at the hearing set for Sept. 1, Westbrook wrote in an emailed statement, according to the Review-Journal.