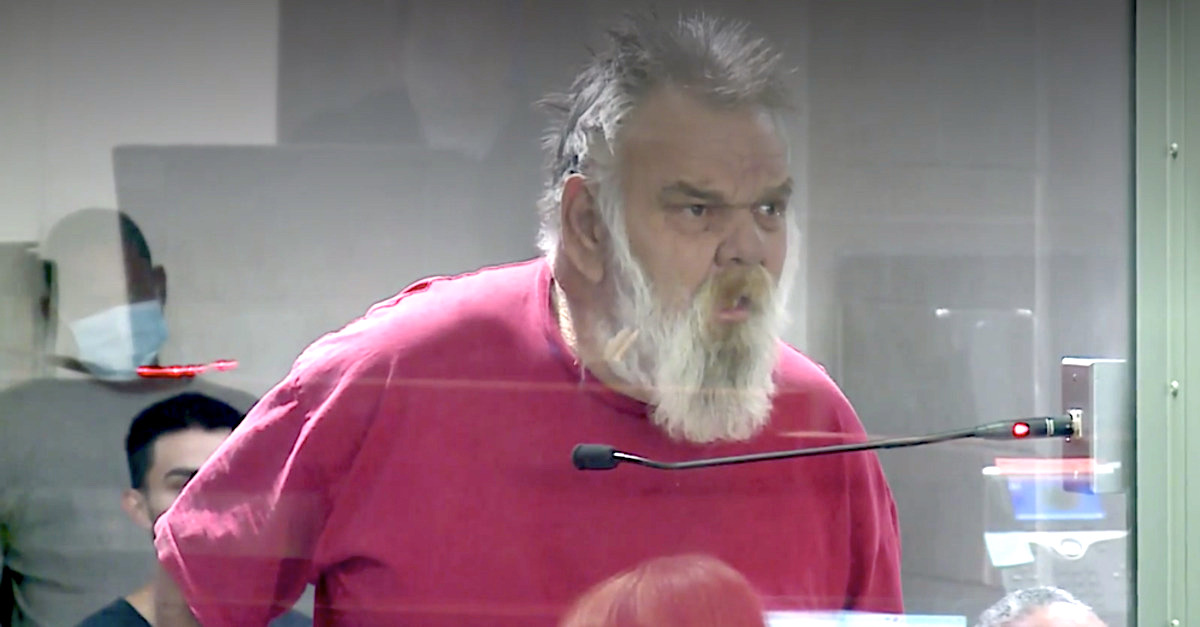 Sandra DiFelice was a mother with a toddler when she was beaten, raped, and murdered in her own bedroom. Her body was found the day after Christmas in 1980 near downtown Las Vegas. Now, nearly 42 years later, police believe they’ve finally found her killer.

According to original reporting by Las Vegas CBS affiliate KLAS, “sources” say that recently-tested DNA underneath the victim’s fingernails is believed to point to one man in particular.

Paul Nuttall, 64, stands accused of one count each of open murder with a deadly weapon, sexual assault, and burglary while in possession of a gun, according to jail records reviewed by Law&Crime. He first appeared in court on Friday, Oct. 28, 2022 over the decades-ago slaying that left a 3-year-old girl without her mother.

The deceased woman’s daughter was not home at the time at the time of the incident at the house near Bonanza Road and Maryland Parkway – just blocks away from a large local park and the Las Vegas Metropolitan Police Department’s downtown command center.

A report obtained by KLAS says that homicide detectives collected “numerous black or dark hairs” on DiFelice’s stomach at the time of her murder — while noting that the victim herself had light hair.

Additional pieces of potential evidence were recovered from the crime scene but days and weeks turned into months and years. The sad case was long cold until it was re-opened in recent years.

Nuttall, it appears, has been a person of interest for some time.

DeFelice’s roommate allegedly told police she saw the defendant standing outside their residence on the day the body was found.

“Nuttall asked if he could sleep in the house, as he had nowhere else to go,” an LVMPD report obtained by KLAS said. “[The deceased woman’s roommate] said she could not allow that because [DiFelice] was in the house and didn’t know him well.”

Law enforcement are currently unsure whether or not Nuttall and his alleged victim knew one another at all.

In December 2021, police say they obtained a DNA sample from the defendant at his home in the northwest valley area of the Sin City – due south of the Desert National Wildlife Range. The method by which this sample was allegedly obtained is currently not publicly available information. Law&Crime reached out to the LVMPD and the Clark County District Attorney’s office for additional details and comment on this story but no responses were immediately forthcoming as of time of publication.

During that visit late last year, an investigator reportedly asked Nuttall if he wanted to discuss DiFelice’s murder.

Nuttall allegedly replied that “he didn’t know who [the investigator] was talking about,” KLAS reports.

On Friday, Oct. 14, 2022, police say the defendant’s DNA sample matched the DNA collected from underneath the victim’s fingernails. Allegedly buoying the arrest, the LVMPD says, was a fingerprint found on a Kool-Aid glass found in DiFelice’s home after she was killed.

Nuttall was arrested on Oct. 27, 2022. He is currently being held in the Clark County Detention Center without bail. The defendant’s next court date is currently slated for Halloween Day.