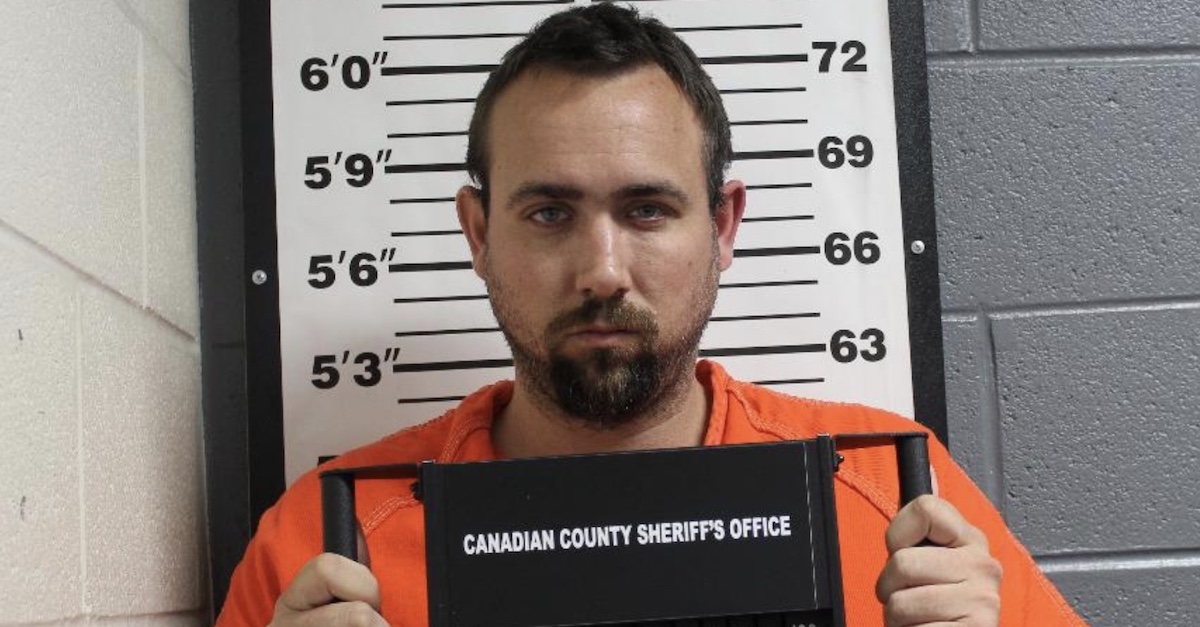 A 34-year-old man in Oklahoma will likely spend the rest of his life behind bars for viciously beating his girlfriend’s baby daughter to death two years ago. Following a three-day trial, a Canadian County jury on Thursday found Joshua Paul Jennings guilty of murdering 10-month-old Paisley Louise Cearley and recommended that he serve a sentence of life in prison without the possibility of parole, court records reviewed by Law&Crime show.

Jennings is currently scheduled to appear before Judge Jack McCurdy in Canadian County District Court on Nov. 9 to be formally sentenced. Convictions for first-degree murder in Oklahoma are also punishable by life with the possibility of parole or the death penalty, but jurors in the Jennings case did not select those options.

According to a press release from the Oklahoma City Police Department, Paisley’s mother on Sept. 25, 2020 brought her baby daughter to the Mercy Minor Emergency Clinic on S. Mustang Road. Police said the baby was in “medical distress” and had sustained “critical injuries.”

Due to the nature of the child’s injuries, medical workers at the clinic contacted OKCPD and officers were dispatched to the clinic. Paisley was subsequently transported to a local hospital where she succumbed to her injuries and was pronounced dead the following morning.

Investigators determined that Jennings was babysitting Paisley and was the only adult caring for the child at an apartment located just south of Interstate 40 in Yukon when she sustained her fatal injuries. His defense attorney, Michael Amend, provided more details on his client’s explanation of the injuries to Oklahoma City NBC affiliate KFOR-TV.

“[Jennings] says that [Paisley] got caught in a blanket that was wrapped around her and that jerked his arm back and he said that she ultimately fell, landing flat on the floor,” Amend reportedly told the station, adding, “He told me it was an accident.”

But medical professionals reportedly told investigators that Paisley’s injuries were intentionally inflicted and “not consistent with the account provided by the defendant.” It was ultimately determined that her cause of death was non-accidental trauma to the head.

“Upon talking to the doctor, there’s no way the injuries could have occurred accidentally,” Oklahoma City Police Msgt. Gary Knight reportedly told KFOR in the days following Paisley’s death.

Doctors also noted that Paisley appeared to have several other injuries in various states of healing — a primary indicator of repeated abuse. Jennings at trial reportedly argued that those injuries were inflicted by someone else.

“My client was only in this child’s life for about six weeks. So, she had what we believe to be injuries that predated her head injuries,” Amend reportedly told the TV station. “Ultimately, when you have a defendant who puts himself at the scene of the crime, tells a lead detective that he was the only one there, and then you have multiple head injuries that can’t account for an accidental fall, it’s just a tough case and tough facts to overcome.”

Assistant Canadian County District Attorney Austin Murrey, the lead prosecutor on the case, told KFOR that Jennings has never provided the full truth about what really happened to Paisley.

“There are still many unanswered questions about the kind of abusive treatment she was subject to by Jennings, but the hard evidence showed that there were multiple significant injuries that could not have been caused by one, or even two or three, impacts,” Murrey reportedly said. “Even after multiple opportunities to tell the police what really happened to her, Jennings never did tell the whole story.”

The District Attorney’s Office and Michael Amend did not immediately respond to messages from Law&Crime.