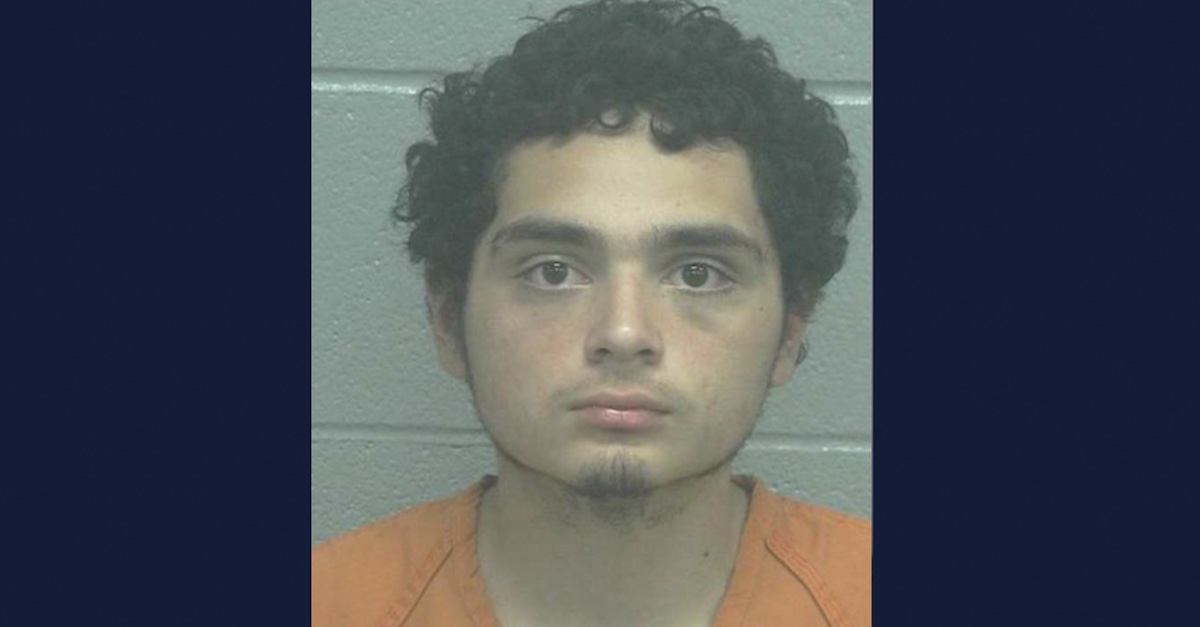 The Texas man who admittedly attempted to kill an Asian family shopping at Sam’s Club entered a guilty plea on Wednesday to three hate crime counts, according to the U.S. Department of Justice.

Jose Gomez, now 21, will now be facing a possible sentence of up to life in prison for the 2020 attack, during which he pulled knives off of store shelves and slashed the faces of a father and his 6-year-old son because he believed they were Chinese, according to the Department of Justice.

Gomez later told investigators with the Midland Police Department that he believed killing the family would eliminate the “threat” of COVID-19. DOJ’s Assistant Attorney General Kristen Clarke of the Civil Rights Division said in a statement that Gomez “blamed” the victims for “the COVID-19 pandemic.”

“An Asian family was shopping when the defendant brutally attacked them because of their race and because he blamed them for the COVID-19 pandemic,” Clarke said. “Racially motivated hate crimes targeting the Asian American community are on the rise and have no place in our society today. All people deserve to feel safe and secure living in their communities, regardless of race, color or national origin.”

The affidavit in support of criminal complaint filed in the case states that the attack happened on March 14, 2020, when Gomez entered a Sam’s Club behind a family of Burmese descent. Surveillance video from the store showed Gomez following the father and his three children, according to the complaint, then leaving the group after asking a store employee where to find utensils.

Gomez grabbed a serrated knife at the store and headed back towards the family to carry out the horrific attack, which is outlined in the affidavit.

Gomez ran up to the Asian father from behind and punched him. When the Asian father turned around, Gomez willfully caused him bodily  injury by cutting his face with a knife, which is a dangerous weapon. Gomez fled and returned to the aisle where knives are located. Gomez got a larger knife and headed back to the Asian family.

His next target was the man’s 6-year-old son:

When Gomez approached the Asian family again, Gomez pulled out the knife he had just retrieved and approached the family’s children. Gomez used the knife to willfully slash the six-year-old Asian boy in the face, causing bodily injury, including inflicting a deep facial laceration and splitting his ear.

By that time, a store employee put himself in harm’s way to stop the attack. That worker ultimately saved the day as Gomez prepared to target a 2-year-old boy as his next victim:

A Sam’s Club employee saw Gomez attack the child and rushed to intervene. Gomez stabbed this employee in the leg, causing bodily injury to the employee. Gomez was eventually disarmed, subdued, and held down on the ground until responding officers arrived to take him into custody.

The 6-year-old boy and his father were rushed to the hospital to have their wounds treated; Sam’s Club closed its doors so police could investigate the scene.

Meanwhile, an apparently remorseless Gomez spoke with officers with the Midland Police Department. It was then that he revealed this had been a racially motivated attack blaming the victims for “spreading the [COVID-19] disease around”:

Months would pass before Gomez and prosecutors reached a plea agreement. This week, the defendant officials entered a guilty plea to three counts of committing a hate crime.

The actual plea agreement remains under seal, but the potential sentences for each of the three counts are detailed in the findings of fact and recommendation submitted by U.S. Magistrate Judge Ronald C. Griffin on Wednesday:

The Defendant was admonished as to the statutory penalty range for COUNT ONE of the INFORMATION of up to life imprisonment, a maximum five (5) years supervised release, a fine not to exceed two hundred fifty thousand dollars ($250,000.00), and a one hundred dollar ($100.00) mandatory special assessment.

The Defendant was admonished as to the punishment for COUNT TWO of the INFORMATION of up to ten (10) years imprisonment, a maximum three (3) years supervised release, a fine not to exceed two hundred fifty thousand dollars ($250,000.00), and a one hundred dollar ($100.00) special assessment.

The Defendant was admonished as to the punishment for COUNT THREE of the INFORMATION of up to ten (10) years imprisonment, a maximum three (3) years supervised release, a fine not to exceed two hundred fifty thousand dollars ($250,000.00), and a one hundred dollar ($100.00) special assessment.

The attack came near the beginning of the COVID-19 pandemic, during which the number of Asian-Americans harassed and physically assaulted — or worse — in the U.S. surged amid racist and xenophobic attacks.

The victims in the case were able to physically recover from their injuries.

Gomez will be sentenced on June 1 in Midland.