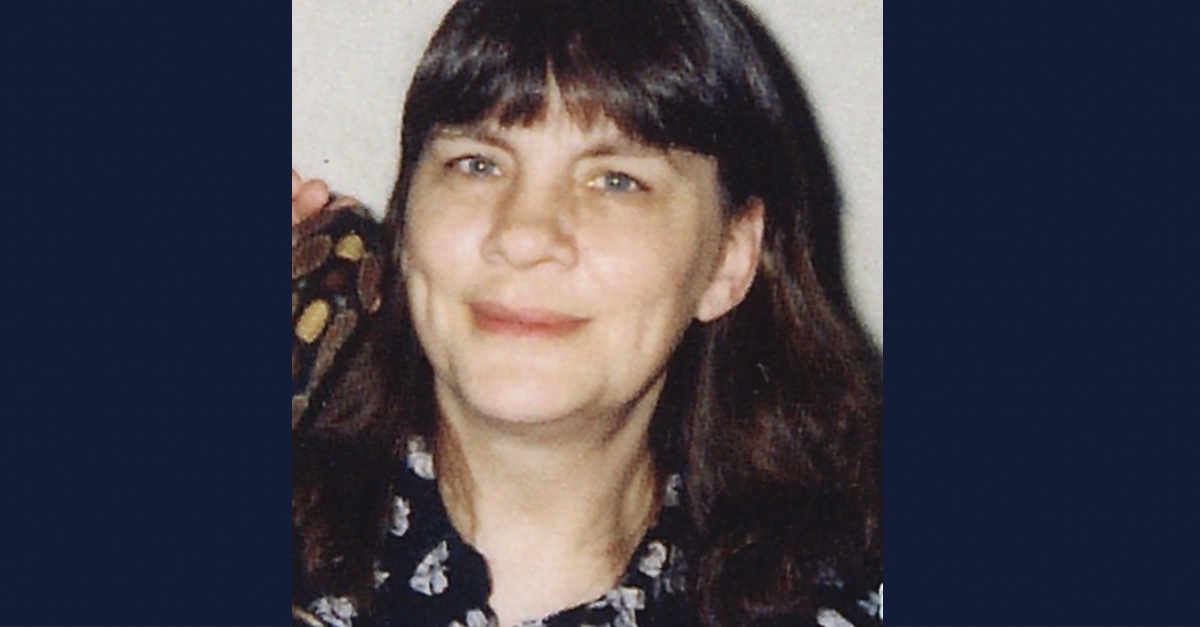 After more than two decades, authorities say they have something of a lead on Rachel Anthony’s mysterious disappearance and murder. Investigators are looking for the person of interest who bought a bottle of Mickey’s Malt Liquor and Kool cigarettes from her store mere minutes before she was supposed to close up shop.

The 50-year-old Minnesota woman was last seen alive while wrapping up her shift at Ultimate Liquors in the city of Pine River on Feb. 27, 2001, according to state authorities. The store was closing at 10 p.m., and she had already started her car to warm it up. Three hours later, cops found Anthony’s car still idling in the parking lot. The store’s back door was unlocked. Anthony’s purse and coat were there, but there was no sign of her.

Her body was found six weeks later about 15 miles away southeast near the city of Breezy Point. Four horseback riding teenagers encountered her remains in a ravine, according to The Brainerd Dispatch. The cause of Anthony’s death was asphyxia from homicidal violence.

Now authorities are saying that someone made a purchase just three minutes Anthony was supposed to close the store on that Feb. 27.

“Investigators have determined that the last transaction of the night was a purchase at 9:57 p.m. – someone purchased a bottle of Mickey’s Malt Liquor and Kool cigarettes,” authorities said. “Investigators have not been able to identify the individual who made that purchase. This individual is considered a person of interest in Rachel’s murder.”

Sheriff Tom Burch told Law&Crime that the purchase was made in cash.

They knew about this purchase from the onset of the investigation, but they did not want to jeopardize case, he said. So much time has passed, however, with authorities getting fewer and fewer tips, he said. Burch voiced hope that this newly released information could get someone to step forward.

The Spotlight on Crime organization offers a $50,000 reward for information leading to the arrest and conviction of anyone responsible for Anthony’s death.

“If someone has information, even if it’s the smallest detail, please report it as this little detail could make a difference,” Cass County Sheriff Tom Burch said. “The Cass County Sheriff’s Office and BCA are committed to following up on all leads and hope that one will bring us to the successful outcome of this tragic case.”

“We hope that this new detail may jog someone’s memory and we encourage them to come forward,” BCA Superintendent Drew Evans said. “Rachel’s family deserves answers, and the person who killed her deserves justice.”