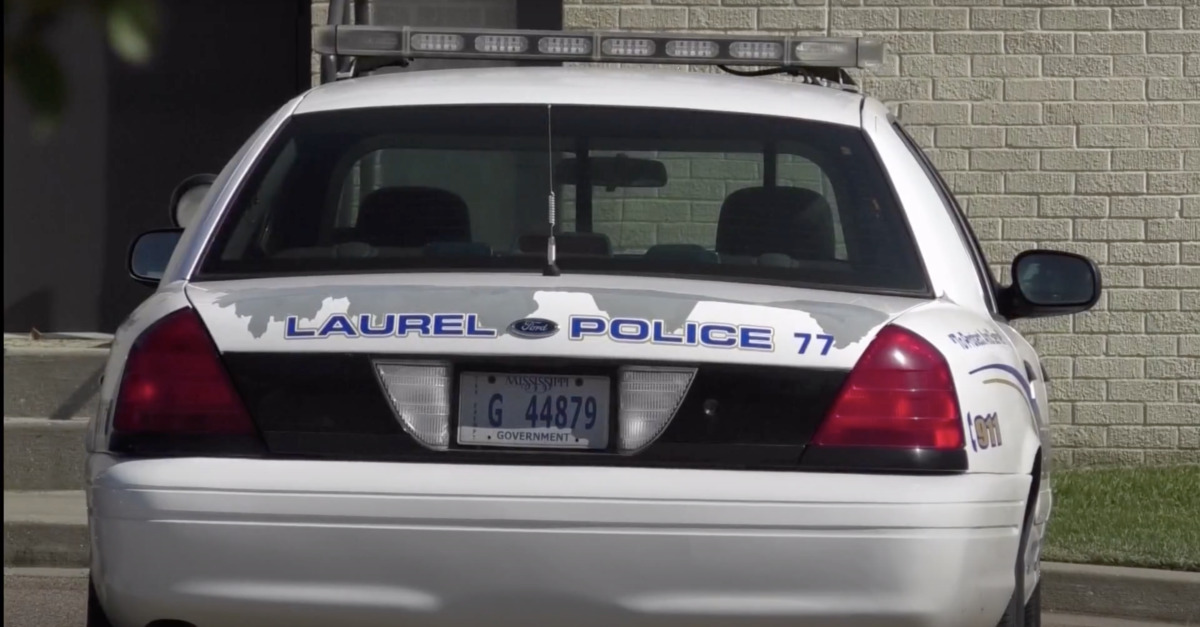 Authorities in Laurel, Miss. got a call on the Fourth of July that was atypical for their small and quiet town. After police arrived on the scene, they were already too late — apparently by design of the man who shot and killed his ex-girlfriend before turning the gun on himself.

According to the police, thirty-seven-year-old Stacy Nicole Moulds, 37, was killed by Horacio Sanchez Suarez, 41, at her own home in the northern part of the city. The assailant phoned at around 9:35 a.m. and said that police were needed before hanging up. He left his car running as he entered and then fired a single shot into his victim and one into his own body.

“We don’t want to speculate on where he was,” Laurel Police Chief Tommy Cox told Law&Crime. “He must have been close.”

“He went in, shot the lady one time, killed her and then turned the gun on himself,” the chief added — summing up the scant details available about the tragic incident that he said was unusual for the community.

Officers who arrived on the scene immediately discovered both bodies and requested EMS support, but that was all for naught. The Jones County Coroner’s Office arrived soon thereafter.

“This is a very quiet area,” Cox said. “We don’t have a lot of problems in that area. I don’t remember the last one of these. It hasn’t been recently that’s for sure. All around a bad situation.”

Suarez and Moulds previously dated and recently ended things, according to a witness statement provided to police from someone who knew the deceased, police said.

That information was shared publicly, Cox said, in order to allay fears that there might be a continued threat to the public.

“I don’t normally put out motives,” the police chief told Law&Crime. “I didn’t want anyone to think there was further danger. They had just ended a dating relationship and it didn’t end well.”

“Somebody gave us a statement to that effect,” Cox explained — noting there was some indication that Suarez was expected by his ex just before those final and fatal moments of their lives. “He may have been supposed to come over that morning to retrieve property.”

“I can’t get into anybody’s head,” the police chief added — insisting that the publicized motive was purely intended to let the community know they didn’t have any further violence to worry about.

The police chief elaborated on some of the few known details of the investigation in comments to Hattiesburg, Miss. NBC/ABC affiliates WDAM:

From the statements from the neighbors from what they heard and from the scene, all indications are this was a murder-suicide. We believe that he called as he was pulling up to or entering the home. He obviously had access to the home. His car was still running. He walked into the home, and from obviously canvasing the neighborhood, what they heard, the gunshots, he then horribly shot and killed the lady and then turned the gun upon himself before we could get there.

Police noted that the late suspect is believed to have planned out the crimes in advance with a certain degree of premeditation.

“He had to drive to where she lived,” Cox told Law&Crime on Tuesday. “He had a county address. And she had a city address.”

Laurel police extended their sympathy to everyone impacted by the grisly murder-suicide that marred the holiday weekend.

“It was evident what happened,” Cox told The Laurel Leader Call. “It’s just a horrible, sad situation, and we feel for the families.”

“Our thoughts are with both families.” the police chief added in a phone call with Law&Crime. “Including the suspect’s family. They have to deal with this as well. They also lost someone.”