The parents of a suspected mass shooter are scheduled for a preliminary hearing on Tuesday. James, 45, and Jennifer Crumbley, 43, allegedly enabled their son Ethan Crumbley, 15, by buying him a gun despite disturbing warning signs regarding his mental health. They face charges including involuntary manslaughter. You can watch in the player above.

On the day of the shooting, officials at Oxford High School found that the teenager had written violent drawings and notes, so they called the parents over, but the elder Crumbleys did not take him home, prosecutors said. The 15-year-old ended up shooting and killing schoolmates Hana St. Juliana, 14, Tate Myre, 16, Madisyn Baldwin, 17, and Justin Shilling, 17, as well as injuring seven other people. 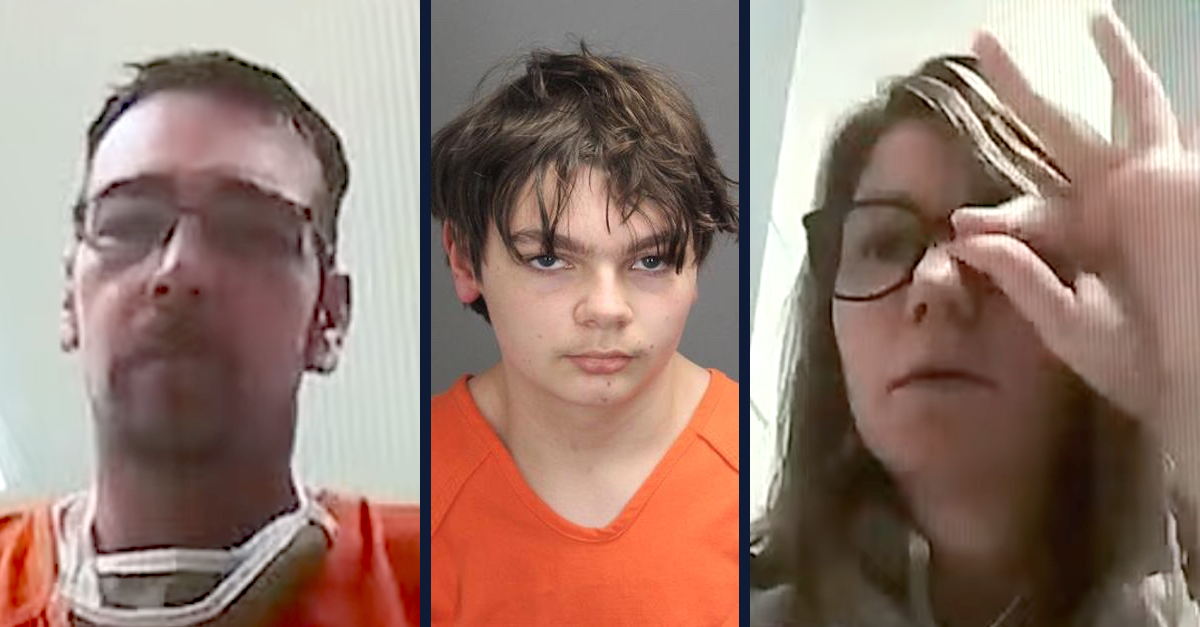 “Defendants had information long before November 30 (within the six months prior to the shooting) that their son’s only friend moved at the end of October 2021; that the family dog died; that their son was sadder than usual; and that he was sending his mother disturbing texts about his state of mind,” the state argued. “Meanwhile, during that same period, Defendants spent their time at the bam caring for their horses (3-4 nights a week for up to 3 hours at a time), and seeking other relationships, including Defendant mother’s extramarital affairs. Instead of paying attention to their son and getting him help, they bought him a gun.”

His parents allegedly tried to flee charges of involuntary manslaughter, but they ended up getting arrested anyway. Prosecutors recently complained they were being disruptive through their remote court hearing. The couple flashed signals to each other and mouthed “I love you” at one another.