‘It Makes You Go To Sleep’: Parents Face Manslaughter Charges After They Allegedly Admitted Giving Benadryl, Other Drugs to 2-Month-Old Girl 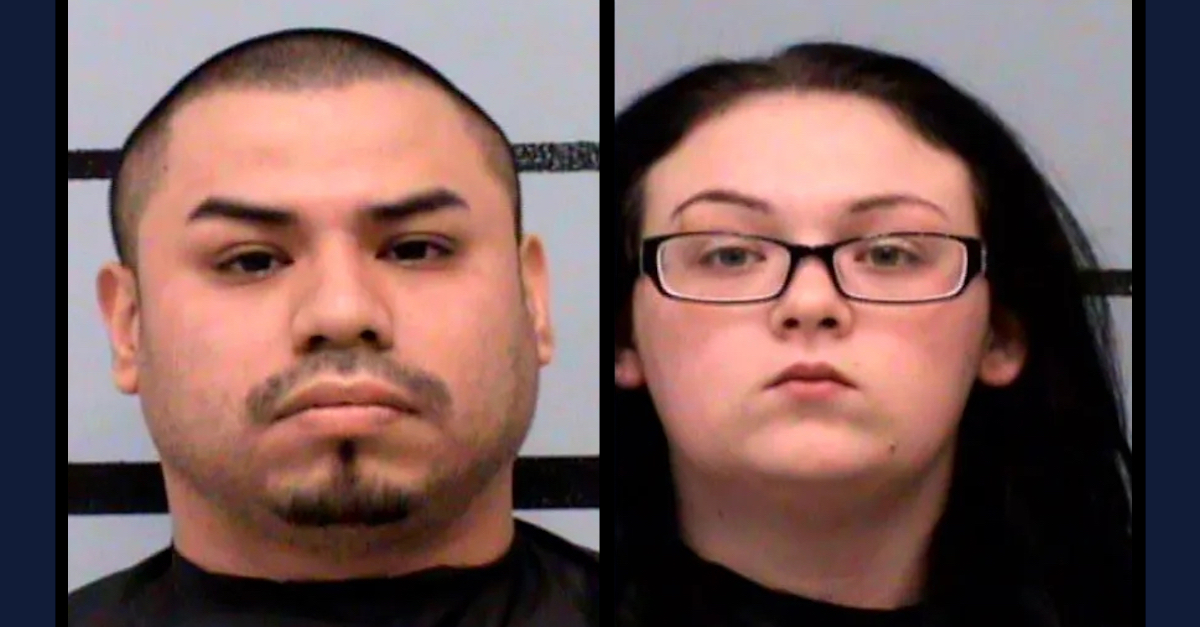 Two Texas parents are each facing manslaughter charges in connection with the death of their 2-month-old child.

According to Lubbock County jail records and statements by the police to local reporters, Adam Canales, Jr., 30, and Sarah Canales, 21, both of South Walnut Street in Idalou, Texas, are each locked up behind bars on a $100,000 bond.  Both have been incarcerated since Thursday.

According to a sheriff’s office press release obtained by local television stations KLBK and KAMC, deputies responded to the Canales home in Idalou on July 11, 2021, just after 4:00 p.m.  (The television stations noted that an ambulance “had already been called,” and it is unclear if the constabulary was summoned by the ambulance crew or by an original caller.)

Adam Canales was allegedly “watching the baby” while its mother “was away,” the press release continued.  “Canales later went to check on the infant and the child was not breathing.”

Adam Canales reportedly told deputies “he fed and swaddled the baby three hours before” they arrived “and put the baby in a rocker in the bedroom,” according to KCBD.

Adam decided to “sleep on the couch” even though the infant “continued to cry,” KCBD reported.  He claimed his little girl wasn’t breathing when he went to check on her later.  Other than colic, Adam reportedly told the authorities that the child had no known medical conditions.

All three television stations said that Adam eventually told the officers he gave the baby girl “gas drops” but nothing else.

However, according to the television stations’ reports, an autopsy declared that the infant died of “mixed drug toxicity” associated with “sudden death.”  KCBD said the baby had no apparent physical injuries and that the drugs diphenhydramine, doxylamine, and dextromethorphan were all in the infant’s system when she died.  The autopsy explained that those medications are not supposed to be given to infants.

After the autopsy, Adam Canales is said to have changed his story.

“Adam then admitted giving allergy medicine to the baby,” the KLBK/KAMC report said.

Competitor KCBD went further.  It reported that Adam “admitted giving the child Benadryl at least two times” to try to get her to sleep.

An arrest warrant for both the mother and the father was subsequently issued, and both Adam and Sarah Canales were booked into jail this week.

According to the document itself — as cited by KLBK/KAMC — “Adam Canales stated he knows you aren’t supposed to give Benadryl to infants and that it makes you go to sleep.”

But he allegedly admitted he had nonetheless done so in the past as well.

“Adam Canales stated he has given [the baby girl] Benadryl to make her drowsy before,” the document continued, as per KLBK/KAMC.

KCBD said Sarah Canales also admitted giving the infant various drugs:  Benadryl “for a rash,” Tylenol “because the baby wouldn’t sleep.”  She allegedly also knew that doing so was wrong:  “doctors have told her not to and so does the bottle,” the NBC station’s report says.

Sarah Canales did not admit giving the baby girl Nyquil, which contains doxylamine and dextromethorphan, “on purpose” — but she did admit that she “does not always use clean syringes,” the KCBD report went on to say.

Adam’s own mother, whose name is not in the television stations’ reports, apparently told the authorities that she had seen both Adam and Sarah give medicine to their children to force them to sleep, KLBK/KAMC noted.

Those television stations further reported that some of the available case documents were blacked out before they were publicly released.

An obituary cited by KLBK/KAMC identified the 2-month-old as Athena Brigida-Kay Canales.  The obituary named the infant girl as the child of daughter of Adam Canales, Jr. and Sarah Ann Mills, which the television stations noted was how Sarah Canales was listed in some “official records.”

A GoFundme page to raise money from the infant’s family managed to bring in $1,275.  It claimed the baby girl “most likely” died from Sudden Infant Death Syndrome, or SIDS, but it also noted that the cause of death had not been officially determined at the time the fundraiser was launched.  The GoFundMe page appears to have last been updated on July 16, 2021.

“All donations will go to Adam and Sarah Canales to help with funeral costs and whatever they need right now,” it proclaimed last summer.

The couple’s cases are not yet noted on an electronic court calendar.