‘It Caused Conflict Between Them’: Authorities Say Husband Killed Wife Who Won $2M Lottery Prize, Fatally Shot Their Daughter, And Then Killed Himself 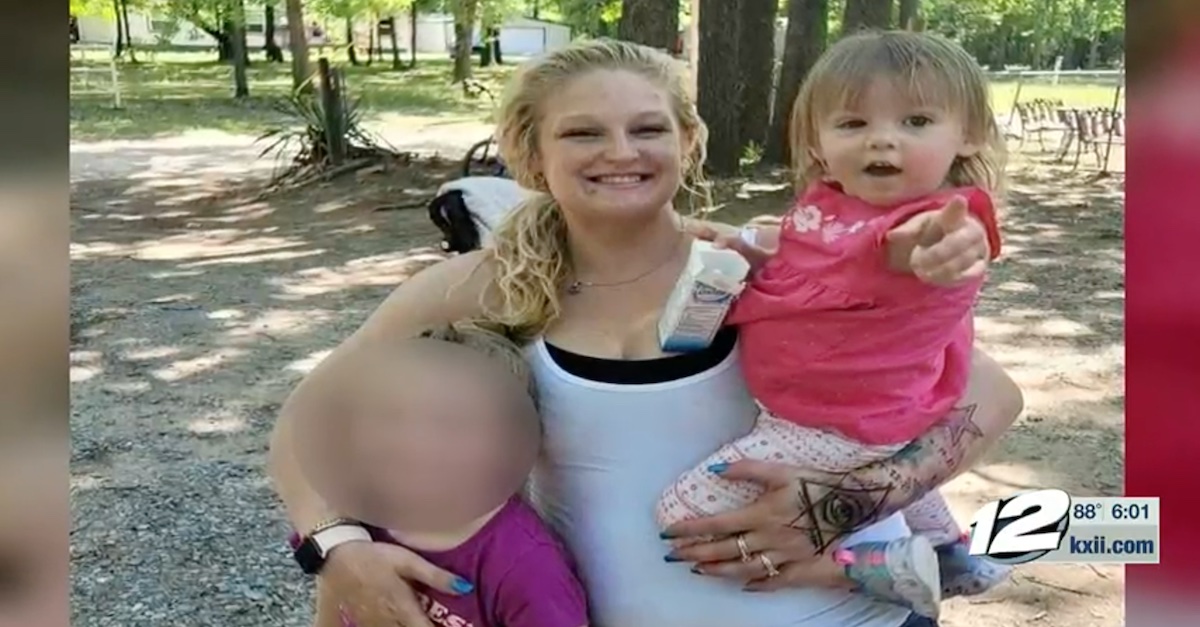 An Oklahoma woman who scored a lottery prize of more than $2 million last year is dead in what authorities are calling a murder suicide which also claimed the life of one of the couple’s children.

Authorities in Calera, Okla., a town not from from the Texas border and about an hour and a half north of Dallas, say husband John Donato, 42, killed wife Tiffani Hill, 31, and then shot their daughter Leanne Donato, 1, before turning the gun on himself. Leanne survived for a time but later died.

Initial reports about the incident from Sherman, Texas CBS affiliate KXII-TV indicate that the events unfolded at the couple’s home on Choctaw Road near Carriage Point Road some time before 5:00 p.m. on Friday, July 30. Though the Calera Police Department was involved, the FBI took over the matter because one member of the Choctaw Nation was involved. The couple’s other children were reportedly in the home but were listed as physically unharmed after the police arrived.

Twenty-three-month-old Leanne, who in the initial report was unnamed, was taken by helicopter to a Dallas hospital. On Monday, Aug. 2, KXII reported that Leanne had died.

On Wednesday, Aug. 4, an attorney who represented the family shared some of their stories at the request of Hill’s family.

That attorney, Theresa McGehee, of Durant, Okla., told KXII that Hill’s mother indicated that domestic violence had been occurring within the couple’s relationship.

“Tiffani never reached out to me about anything of that nature,” McGehee clarified, “but I did speak with her mom. And her mom wants the message that Tiffani was trying to get away from it.”

The tide has also turned for Tiffani Hill who won an incredible $2 million prize on an Instant Prize Crossword Scratchers. That ticket was purchased at Valley Springs Mini Mart, which is located at 33 State Highway 26 in Valley Springs (Calaveras County). The lucky retailer in this case earns a bonus of $10,000.

McGehee suggested that the tide may indeed have turned in a wrong and fatal direction.

“Could that [lottery winning] have sparked that argument? We’ll never have any way of knowing,” McGehee said. “But I do know there were times it caused conflict between them.”

McGehee said Hill’s mother wanted others in the community to hear her daughter’s story and realize that outside help is oftentimes necessary when a person attempts to leave a violent partner. McGehee pointed to local crisis centers as examples of agencies which can help.

The couple left behind three other children, KXII noted; any money will be deposited into a trust for their care. Per the television station, the three children are reported as being “safe and in state custody for now.”

The same report listed the cause of death for all three family members as gunshot wounds.

“She loved her kids dearly,” Kern continued.  “She would barely let them out of her sight. Her main goal in this world was to try and make a difference.”

A GoFundMe account Kern established is seeking to raise $10,000 to pay for cremation expenses, to establish custody for the couple’s surviving children, and to pay for “flights back and fourth to get this all under control.”  Presumably, the broader family does not live in the Calera area.