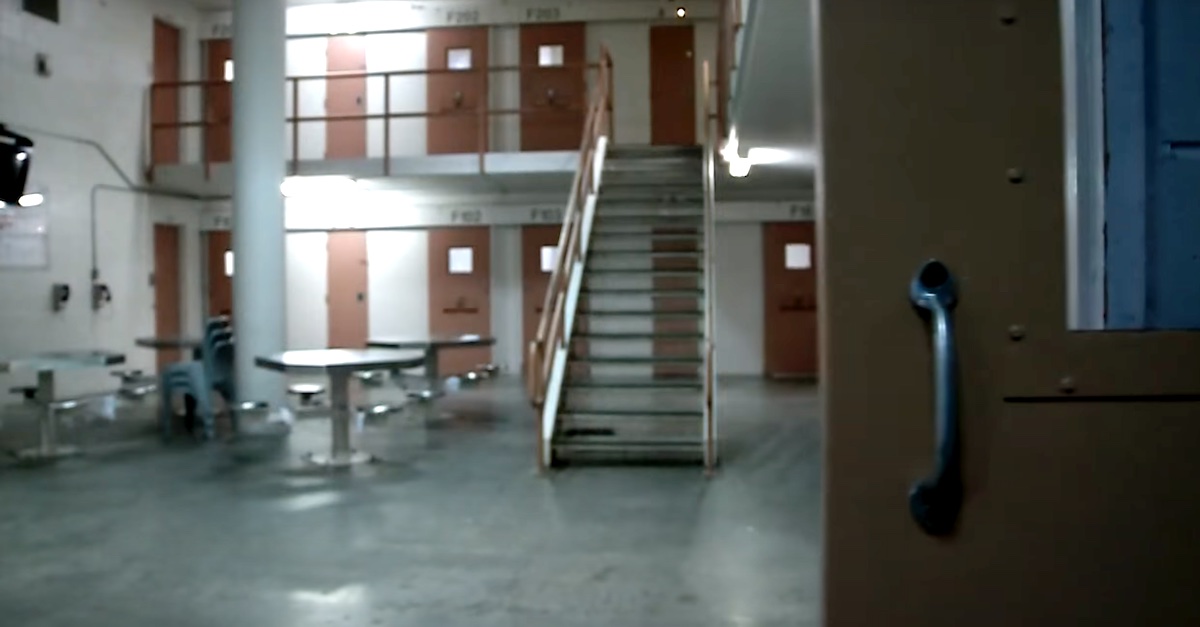 A once-lauded Republican donor and former businessman was killed in prison late Tuesday by another inmate, the Associated Press and a collection of news organizations reported this week.

According to the Virginia Department of Corrections, Mark A. Grethen, 63, who was initially not identified by name, died “following an apparent attack by another inmate inside the victim’s cell.” The attack occurred at the Lawrenceville Correctional Center, a for-profit prison operated by The GEO Group, Inc., a news release indicated.

The Norfolk, Va. Virginian-Pilot indicated that Grethen, previously of Suffolk, Va., was a businessman who had been “convicted of sexually assaulting children.”

Court and law enforcement records list a litany of July 16, 2001 convictions under Grethen’s name:  two counts of indecent liberties with a child by a custodian; two counts of forcible sodomy; and two counts of aggravated sexual battery.  But the original case file contained many more accusations.

A 2006 federal court opinion recapped some of the details of Grethen’s case.  Judge Rebecca Smith said Grethen’s grievances about his defense attorney were “frivolous” — “almost to the point of being disrespectful” given the highly disturbing underlying facts of the case:

Petitioner has had ample access to the courts of the Commonwealth of Virginia, and his case was heard in an environment in which the results left little doubt. Petitioner explained to numerous individuals, including the Department of Social Services, a minister, members of a consulting group, and friends, that he had engaged in serious misconduct with [two] children. At trial he did what might reasonably be expected; he accepted a plea bargain in which twenty of the twenty-six counts on which he was indicted would be dismissed in return for his plea to six individual charges.

Elsewhere, Judge Smith said Grethen was arguing before the court several points which contained “no factual support in the record.”  Rather, she rationed that Grethen was trying to “divert the court from the true facts in the case, none of which support habeas relief.”

The judge even penned a few lines to assuage the feelings of Grethen’s defense attorney — who Grethen complained about heavily during the process.

“It is hard to imagine an attorney doing more than was done by petitioner’s defense counsel,” Judge Smith said; she also noted the “extraordinarily difficult circumstances under which [the defense attorney] was working.”  To wit:

The attorney’s efforts could not be better illustrated than by the fact that petitioner obtained the benefit of bond prior to pleading guilty to the charges and was not remanded to custody until after entering his pleas. At that point, the trial court concluded that petitioner, having acknowledged his guilt and responsibility for the criminals acts, posed a risk to the community, justifying remand.

The newspaper said certain campaign donations led to Grethen’s selection for that honor; however, it was short lived.

“We weren’t aware of his current predicament,” an NRCC spokesman told the newspaper while rescinding the award nearly thirty years ago. “Otherwise, the invitation would have never been extended.”

A search of campaign finance data available on the Federal Election Commission website did not immediately reveal the value of Grethen’s contributions or precisely two whom they were given, but the Virginian-Pilot suggested the donations were made directly to the NRCC.

A Virginia Supreme Court opinion dated November 22, 2017 began by calling Grethen a “prolific litigator” who operated behind prison walls.  A plethora of court cases spanning various state courts and various levels of the federal court system explain why the Court chose that moniker.

Most of the cases tersely rubbished the relief Grethen attempted to seek.

The 2017 Virginia Supreme Court opinion was slightly different.  Grethen “complain[ed] of lack of access to computers, an inadequate legal database, and denial of photocopy services,” the court noted, while more pointedly complaining that a lower court refused to allow him to file a petition “in forma pauperis, that is, without paying the filing fee that ordinarily must be paid to institute a case” — a relatively common legal move for prisoners who have little or no money.

What followed was a rather lengthy analysis of how prison inmate accounts functioned and whether lower courts could dismiss Grethen’s attempt to air his grievances before the judiciary without ponying up any money.  Bottom line:  the state’s high court said Grethen was entitled to move forward with litigation without having to pay.

In yet another case, Grethen complained to a federal judge that a collection of disciplinary demerits against him resulted in an unlawful extension of his sentence.  The judge in that case disagreed:

In the six disciplinary proceedings that Grethen challenges, however, he did not lose any good conduct time that he had previously earned against his term of confinement. As penalties for the findings that he had engaged in charged misconduct, he suffered only the temporary loss of privileges, a reprimand, or a monetary fine. Such penalties do not trigger the type of liberty interest at stake in [federal habeas corpus law].