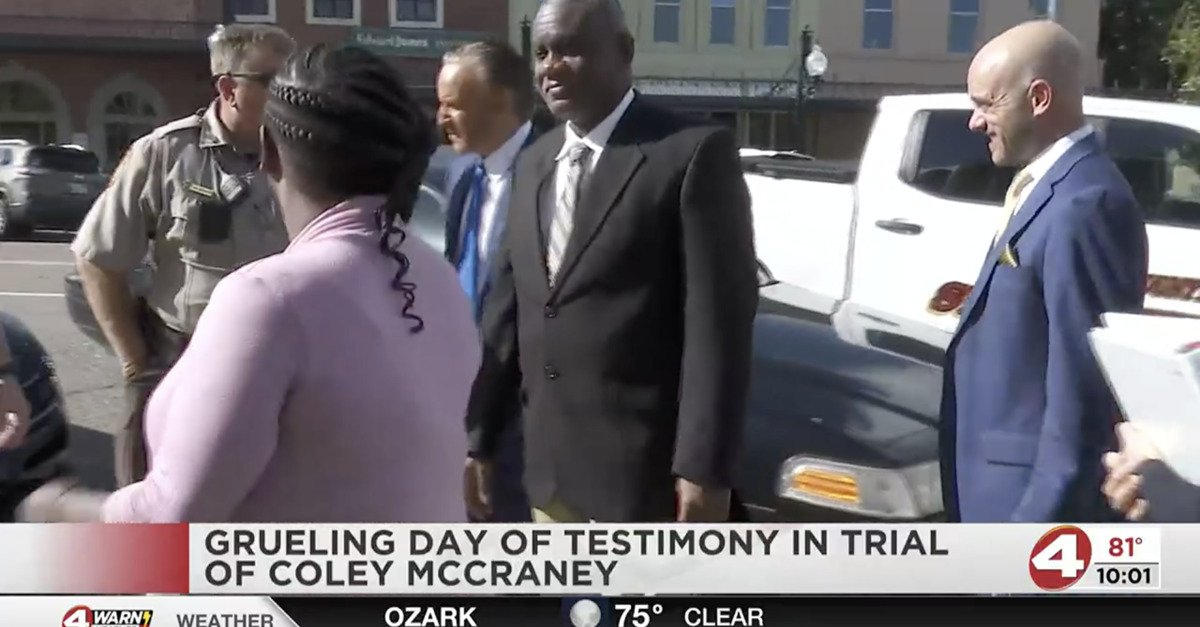 A controversial, decades-old double murder case in the Wiregrass Region of Alabama took the latest in a series of bizarre turns on Thursday morning as a woman recanted claims ahead of a trucker and preacher‘s capital murder trial.

Coley McCraney, 48, stands accused of murdering 17-year-olds J.B. Beasley and Tracie Hawlett after the two high school friends got lost on their way to a party in July 1999. The defendant is also accused of raping Beasley and it was his DNA allegedly found on her body that led to him being charged in connection with the slayings in March 2019.

Charging McCraney was a lightning rod in the first instance.

Just weeks after the teens, who both hailed from Dothan, Ala., were killed in Ozark, Ala., police arrested a man for their murders – but a grand jury declined to indict him when presented with the evidence, Dothan-based CBS affiliate WTVY reports.

That man, since-deceased Johnny Barrentine, reportedly gave investigators conflicting information after originally claiming to have witnessed a man killing the girls in real time on the night in question.

According to the TV station, the local public has been skeptical of law enforcement claims and narratives since the Barrentine false arrest. And a series of additional developments certainly hasn’t helped much.

In 2015, a blogger named Jon Carroll published a post that claimed at least one member of the Ozark Police Department was directly responsible for shooting and killing the teens inside Beasley’s car. The motive for alleged police killings – and would-be concomitant coverup – was the girls had cassette tapes in their possession that implicated local cops in the local drug trade, as reported by The Appeal.

This theory of the case relied, in large part on claims made by former Ozark auxiliary officer Rena Crumb, 53.

Crumb, according to Carroll, said she “could no longer live with what she knew,” and she reportedly told Beasley’s family that a former police officer was responsible for the two girls’ deaths.

Long-presumed to be a key witness for the defense, Crumb recanted her prior claims entirely this week.

“I lied,” she said during an evidentiary hearing focused on what testimony would be allowed during McCraney’s August 15, 2022 trial.

For years, Crumb insisted the former officer confessed to the slayings while severely intoxicated and that the OPD subsequently shielded the killer behind “the thin blue line” to protect one of their own.

Quizzed about the story she told Carroll, Crumb said: “I lied about that, too.”

The shocking admission came during an examination by defense attorney David Harrison, WTVY reports. The attorney reportedly suggested that Crumb was strong-armed into changing her story.

Harrison believes he knows why she changed her account, doing so after meeting with a top current Ozark police official in February when she still stood by her conspiracy theory.

But Crumb later learned that officer who interviewed her is closely related to the man—now retired—that she spent 16 years accusing of the crimes.

The former officer long-accused by Crumb also testified on Thursday. He denied it all on the record. As did the aforementioned investigator who interviewed Crumb earlier this year.

A defamation lawsuit against Carroll was eventually dropped by the former officer. The blogger could be called to testify in the case after recently dropping a motion to quash a subpoena.

Dale County Circuit Judge William Filmore did not rule on the evidentiary issues but a ruling is forthcoming.

According to ABC News, Crumb was convicted on a misdemeanor count of harassing one of Beasley’s sisters in 2016.