‘I Ate That Sheep, Bro’: Indiana Man Bragged He ‘Had Some Fun’ With Lamb He Recorded Himself Torturing and Killing, Police Say 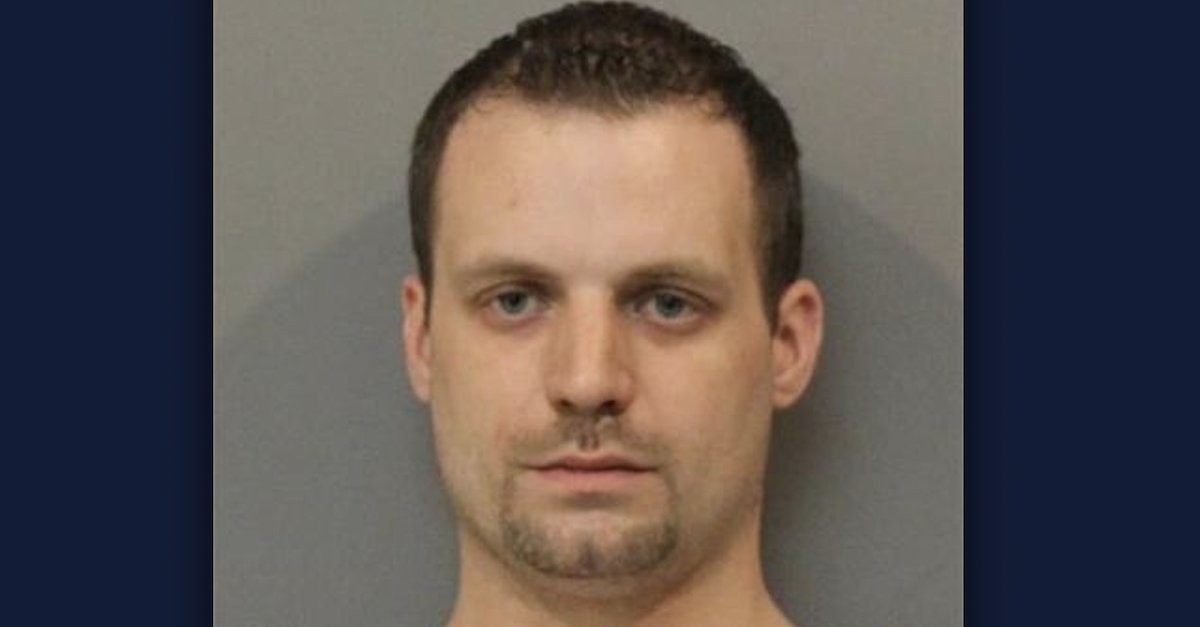 An Indiana man was arrested this week after he allegedly filmed himself torturing and killing a lamb — and then posted the footage to Facebook. Nikola I. Kutansky, 35, is facing one count of knowingly torturing or mutilating a vertebrate animal, a level six felony, court records reviewed by Law&Crime show.

According to a probable cause affidavit obtained by The Times of Northwest Indiana (NWI), Kutansky in the video allegedly shoots the lamb several times with a BB gun and then uses a knife to slit the injured animal’s throat while it is still alive. He can also reportedly be heard saying “red rum” during the video, which is “murder” spelled backwards.

Kutansky also reportedly filmed and posted videos of himself using the BB gun to shoot two chickens while his young child watched.

The lamb and chickens were all reportedly stolen from Buckley Homestead County Park in 2018. In one of the videos, Kutansky allegedly admits that he stole the animals and brought them to his home, which is located in the 7900 block of Linden Avenue.

“When you steal a bunch of chickens because your kid wants a petting zoo,” Kutansky says in one of the videos where the animals appear, police reportedly wrote in a probable cause affidavit.

Per the Chicago Tribune, authorities learned about the alleged videos during a multi-year investigation into a series of break-ins at the Willow Slough Fish and Wildlife Area office in Newton County. An investigator with the Indiana Department of Natural Resources (DNR) reportedly came across the videos, which were allegedly posted to Kutansky’s personal Facebook account.

Authorities in September charged Kutansky with two counts of burglary, a level five felony, and two counts of theft of property valuing between $750 and $50,000, a level six felony, court records show. NWI reported that those earlier charges stem from Kutansky’s alleged breaking into the Willow Slough Fish and Wildlife Area office and stealing a taxidermy deer mount, firearm ammunition, and DNR signs. He’s pleaded not guilty to all four of those charges.

In an interview with a DNR detective, Kutansky reportedly claimed that he had no idea how the animals ended up at his home, but he allegedly admitted that he knew their ultimate fate.

“I know I ate them,” Kutansky reportedly told the detective, per the Tribune.

He reportedly added that he thought the Buckley Homestead “wasn’t going to miss a lamb and two chickens.”

Kutansky allegedly said that he was living a very destructive lifestyle during the time period the detective was asking him about.

“There was legitimately just like a couple years where I was just doing anything,” he allegedly said, per NWI. “If people had pills in their house, I’d take the whole script.”

“Every day I’d go out, buy the cheapest bottle of whiskey, drink the whole bottle, take as many drugs as I could, and I’d wake up the next day,” he allegedly added, again per the newspaper.

Authorities obtained and executed a search warrant to seize some of Kutansky’s electronic devices. Those searches reportedly uncovered Facebook messages the defendant sent — messages that included pictures of the lamb standing in the living room of his home and in the backyard. There were also reportedly photos of Kutansky shooting the lamb and slitting its throat.

One message reportedly showed a picture of two legs of lamb on the grill. In that conversation, Kutansky reportedly said he “had some fun first with it.” He later wrote, “Massacre LOL.”

“I ate that sheep, bro, chopped it up and grilled it,” he allegedly wrote in another.

Per NWI, Kutansky in April 2019 allegedly held a gun to a woman’s head and threatened to rape her children. Records show he was charged with kidnapping, various iterations of domestic battery, intimidation, and pointing a firearm at another.