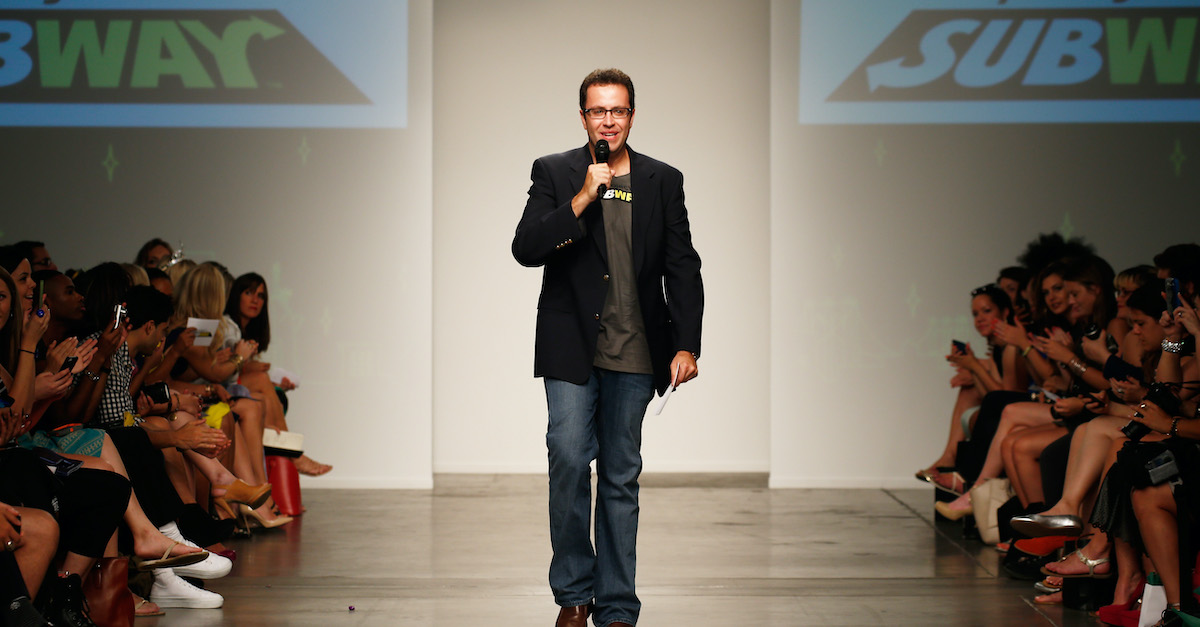 According to court documents, the Taylors placed hidden cameras in their house in order to secretly record minors nude or engaging in sexual activity. Prosecutors say that the conspiracy lasted for at least four years between 2011 until their arrest in April 2015.

“During the search, officers found child pornography on multiple electronic devices inside the residence, including images and videos that appeared to have been created in the residence,” Russell Taylor’s sentencing memo states. “Based on the camera angles of some of the videos, officers determined that there were likely hidden cameras in the house. And, in fact, hidden cameras designed to look like clocks were found in the master bedroom and the upstairs hall bathroom.”

Authorities then identified and interviewed the children depicted in the videos.

Federal prosecutors charged Fogle with distributing child pornography and engaging in commercial sex acts with minors. Fogle quickly announced his intention to plead guilty, and he received a more than 15.5-year sentence in late 2015. He is currently serving his sentence in a low-security prison in Colorado, with an anticipated release date of March 24, 2029.

Fogle’s co-conspirators’ prosecution dragged out for much longer. Though Taylor initially pleaded guilty in 2015, he successfully appealed his conviction, which was vacated in 2020. Prosecutors say that the subsequent investigation implicated Baldwin. Both were convicted the following year: Taylor through a guilty plea and Baldwin by a jury.

Authorities say that the couple’s victims included multiple relatives of theirs, including two of Angela Taylor’s young teenage daughters, their friends, and her niece. Another survivor was a 13-year-old who previously was Russell Taylor’s ex-relative-in-law.

“The facts show that the Defendant is abused and exploited multiple children over a period of years, including the hands-on sexual abuse of 2 children,” Assistant U.S. Attorney Kathryn E. Olivier wrote in Russell Taylor’s sentencing memo. “This abhorrent behavior deserves severe punishment to deter the Defendant, and others like him, from doing this again.”

Baldwin’s attorney Dorie Maryan express relief that the judge did not opt for the government’s recommended 55-year sentence, which she said would have been “unreasonable under the law.”

“My client cannot undo what she has done and she has to live with that for the rest of her life,” Maryan said. “I hope her victims and heal and move forward from this horrible situation. That is what she wants.”