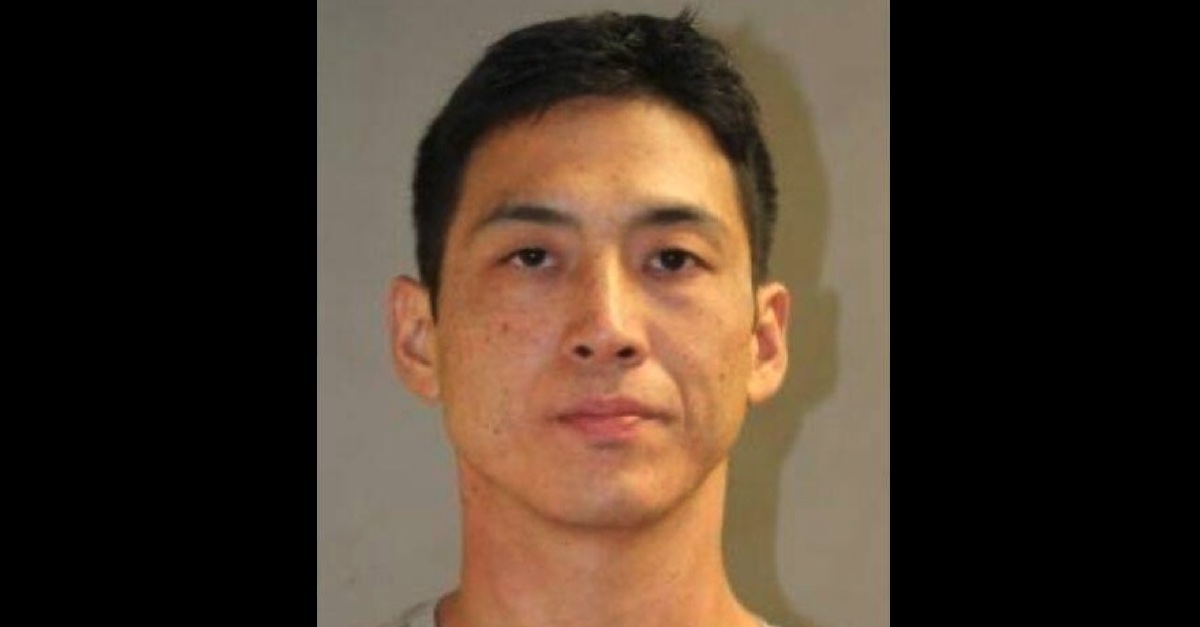 A Honolulu man accused of murdering his wife’s acupuncturist has been released from jail after posting $1 million bond.

Eric Thompson, 34, is charged with second degree murder, according to court papers. He is also charged with carrying a firearm in commission of a separate felony. Records show that Thompson posted the $1 million dollar bond on Monday, the same day he was arrested.

According to the Honolulu Star-Advertiser, Tokuhara’s mother found her son shot to death inside his acupuncture clinic on Jan. 12. Police reportedly used surveillance video to identify Thompson’s truck and link him to the murder scene, the HNN story said.

On Jan. 12, Thompson allegedly walked into Tokuhara Acupuncture and Healthcare at around 6:15 p.m., HNN reported. Investigators said that security cameras showed that Thompson was inside the business for only around 45 seconds, according to the television newsroom. Thompson reportedly fired three shots from a .22-caliber gun during that brief interval, the report indicated.

As Thompson walked back to his car, he reportedly dropped his hat, which was later picked up by a homeless man, HNN reported. Police used surveillance video to identify that man and pull samples of hair and fibers from it, ultimately leading to Thompson as the possible killer, the HNN story said.

Thompson’s wife was considered to be a person of interest, HNN had previously reported.

According to local FOX affiliate KHON, which reviewed court documents supporting Thompson’s arrest, Thompson’s wife was having an affair with Tokuhara between May and July of 2021.

A patient of Tokuhara’s, who is believed to be the last patient to see him the day before his body was discovered, said that she knew both Thompson and his wife, KHON reported. That patient said the couple started dating in high school and later married, the KHON story said.

That patient later referred Thompson’s wife to Tokuhara for acupuncture services and treatment, according to the KHON report.

The wife later admitted to the patient that she was having an affair, although she did not say with whom or whether Thompson knew about it, the FOX affiliate continued.

The police investigation into Tokuhara’s death reportedly uncovered Instagram messages between the victim and Thompson’s wife in which she expressed fear about Thompson discovering the relationship, KHON also said.

The KHON report further noted that it appeared that while Tokuhara may have wanted a long-term relationship, Thompson’s wife did not want to leave her husband; in July 2021, she reportedly told Tokuhara that she had to end the relationship and he couldn’t contact her anymore. Their last Instagram communication was on July 23, 2021, according to KHON.

The Honolulu Star-Advertiser reported that police executed a search warrant at Thompson’s home on Feb. 1. Police recovered 12 firearms registered to Thompson and two additional firearms that are not registered in Hawaii, the newspaper report said.

Thompson is the founder of a company that specializes in bathtub conversions for Hawaiian elders to help with bathroom accessibility needs, the Star-Advertiser also noted.

Thompson is scheduled to appear in court on Thursday.