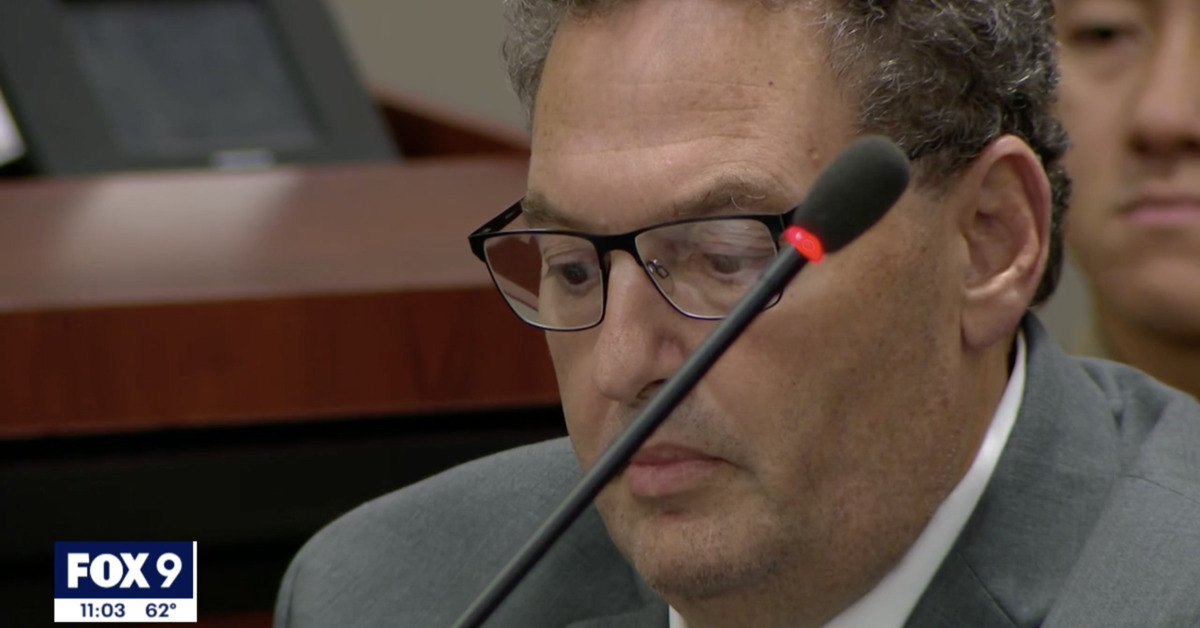 A Minnesota hockey dad was sentenced life in prison with the possibility of parole after 30 years over the 1993 cold case murder of a sex worker that was solved in an extraordinary way.

Jerry Westrom, 56, was found guilty by Hennepin County jurors late last month of premeditated murder in the first degree as well as intentional murder in the second degree over the horrific. prolonged death of 35-year-old Jeanne Ann “Jeanie” Childs.

On Friday morning, a judge assessed a sentence in line with the penalty for first-degree murder at the time Childs was brutally killed. After 30 years, Westrom will be eligible to petition for parole.

The defendant declined to speak during the proceedings.

But some of those who knew and loved Childs did offer their thoughts.

“I’ve waited so many years to have this end and it’s put my life through so much hell and I just really feel I’ll never forget and love her the way I always did,” Childs’ mother, Betty Eakman, said during a victim impact statement, according to CBS News.

“The effect something like this creates can be vicious,” said Childs’ niece, Melissa Beaulieu. “They affect you for an entire lifetime. To lose someone you love is a profound experience.”

The defendant was arrested in February 2019 after novel efforts by local investigators to connect him to the crime.

After decades of sitting on the shelf, police re-tested the presumed killer’s DNA found at the blood-covered crime scene and eventually came up with two hits in 2018 by way of an online genealogy website.

Westrom, a married father of three identified as a “hockey dad” by local media, was the eventual choice of the two because he lived in the Twin Cities of Minneapolis and St. Paul from April 1991 the December 1993 – and because he had a number of run-ins with local law enforcement for prostitution-related offenses during that time.

The month before his arrest, law enforcement firmed up their conclusion by tailing him to a local hockey game, watching him eat a hotdog and wipe his mouth with a napkin, retrieving the used napkin from the trash, and then testing the napkin to see if his DNA matched the DNA found inside of Childs’ ruined apartment.

The DNA profiles did match and additional samples were obtained from the defendant after his arrest. More testing ensued.

Westrom was a match for a bloody towel, a washcloth, a T-shirt, and spots in the sink; his semen was found on a blood-soaked comforter.

Jurors heard all about the DNA matches – as well as a bloody footprint linked to the defendant – and convicted him within hours.

Childs was stabbed at least 65 times as she fought for her life. She slowly died as her killer tailed her from room to room.

After Westrom was sentenced, Eakman gave a brief conference which ended with her speaking to her long-gone daughter in apostrophe, according to Saint Paul-based ABC affiliate KSTP.

“My heart’s been broken for 29 years,” the grieving mother said outside of the courthouse, noting that learned of her daughter’s death by seeing it on the news. “They were carrying my daughter’s body out and I didn’t even know until I called the coroner’s office and found out that it was her.”

At the time, the woman’s death “received scant news coverage,” according to the Star Tribune, and the case went cold.

“I miss her, she’s supposed to be there for me when I get old and she won’t be,” Eakman continued and looked to the sky: “So all I gotta say is, honey, justice has been served and I’m happy about that.”