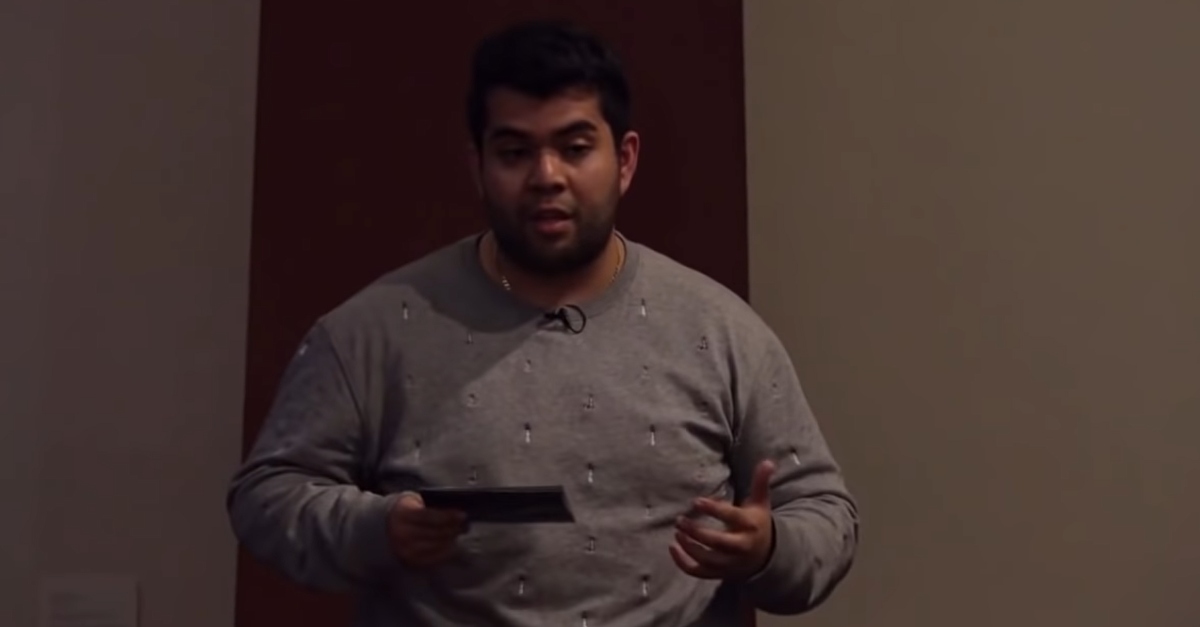 A former activist against sexual violence was sentenced on Tuesday to 13 years in prison for abusing a teenage boy and handling child pornography. Joel Davis, 25, was charged back in 2018 while a student at Columbia University’s School of General Studies.

According to the Department of Justice, Davis used a dating app around June 2018 to invite a 15-year-old boy to his Manhattan apartment and “engaged in sexual activity” with him, despite knowing that the boy was a minor. Davis filmed part of the encounter using his smartphone and sent footage to at least two other people, including an undercover FBI agent, authorities said on Tuesday.

Davis had more than 3,700 pictures and more than 330 videos of child pornography, including images of children younger than 12, authorities said.

He pleaded guilty back on January 16. All told, he was sentenced to 13 years behind bars for enticing a child to engage in illicit sexual activity, possession of child pornography, and distribution and receipt of child pornography. He is set to spend five years of supervised release after he gets out of prison.

“As he previously admitted, Joel Davis, founder of a non-profit called ‘Youth to End Sexual Violence,’ admitted to engaging in the very abhorrent behavior he had publicly pledged to fight,” U.S. Attorney Audrey Strauss said in a statement. “Davis, who also claims to be a Nobel Prize nominee for his work with his organization, engaged in sex acts with a minor, recording them, and distributing that recording to others – including an undercover FBI agent. Sex with minors is obviously never permissible, acceptable, or justifiable, and by virtue of his non-profit work, Joel Davis was acutely aware of the irreparable harm these crimes inflict on victims. Davis will now serve a lengthy time in federal prison, where he can no longer victimize minors.”

“Having started an organization that pushed for the end of sexual violence, Davis displayed the highest degree of hypocrisy by his alleged attempts to sexually exploit multiple minors,” FBI Assistant Director-in-Charge William F. Sweeney Jr. said in a 2018 statement.

As a student and activist at Columbia, Davis claimed to have been sexually abused as a child and described the experience as seriously damaging to him.

“When news broke that I was being considered for a Nobel Prize, I had a psychological breakdown—tormented by the recollection of my childhood sex abuse—and withdrew from Columbia,” he wrote in a 2017 op-ed for the Columbia Daily Spectator. “It was another year before I attended my first class. Without having established any roots, I returned to Columbia unnerved. Those of us who have experienced such trials usually have gravitated toward people like us for support, validation, and collective identity, but because the indicators of trauma are invisible, we’re often forced to cope with its psychological shadow alone. But in my conversations at [General Studies] I felt at ease.”