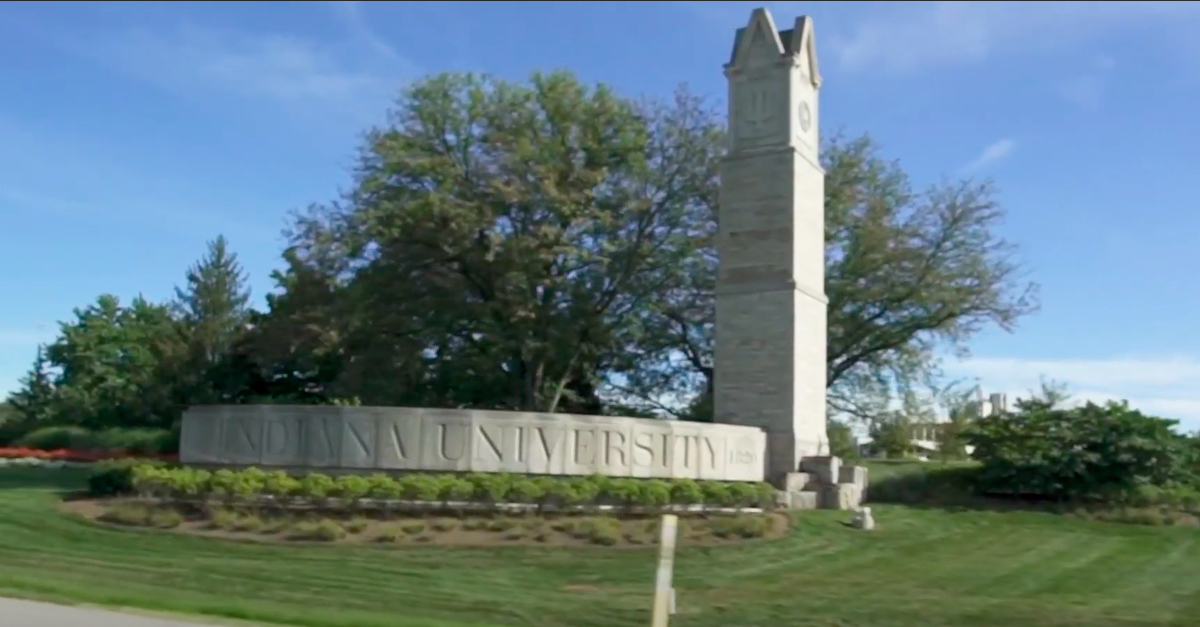 A coalition of students at Indiana University is challenging the college’s requirement that all students be vaccinated against COVID-19 before returning to campus, claiming the rule violates the Equal Protection Clause of the U.S. Constitution and the state’s anti-vaccine passport law.

In a 55-page lawsuit filed Monday in U.S. District Court for the Northern District of Indiana, eight current students claimed that the university’s new vaccine policy “violates the liberty protected by the Fourteenth Amendment,” which “includes rights of personal autonomy and bodily integrity, and the right to reject medical treatment.”

The mandate, announced last month by the university’s “restart committee,” states that students, faculty, and staff must have their first vaccination dose by July 1 “in order to interact with the IU community in any way,” including taking courses, teaching courses, and participating in any school-sanctioned activities.

While students and faculty may be exempt from the requirement in limited circumstances, those who refuse vaccination will suffer “strong consequences,” the University said.

“For students, they will see their class registration canceled, CrimsonCard access terminated and access to IU systems such as Canvas and email terminated, and they will not be allowed to participate in any on-campus activity,” the university said. “Faculty and staff who choose not to meet the requirement will no longer be able to be employed by Indiana University.” The University will also not allow those who fail to meet the vaccination requirement to work or attend classes from home.

The lawsuit specifically highlights the vaccine’s approval under emergency use authorization and claim that the “known and unknown risks associated with COVID vaccines, particularly in those under 30, outweigh the risks to that population from the disease itself, by any rational measure.”

The students also contend that the mandate runs contra to established medical ethics, comparing it to the 1932 Tuskegee study.

“IU’s Mandate does not provide for voluntary and informed consent to the taking of the vaccine, a fundamental tenet of medical ethics, which the Tuskegee Institute also failed. Thus, IU’s Mandate is contrary to modern medical ethics.”

The suit seeks a court order declaring that the university’s mandate is unconstitutional and preventing the school from enforcing the policy.

The plaintiffs may face an uphill legal battle, at least on the federal law claim, as the U.S. Supreme Court has repeatedly ruled that vaccine requirements do not violate the U.S. Constitution.

In the 1922 case Zucht v. King, the court cited to its own 1905 ruling to unanimously hold it was “settled that it is within the police power of a state to provide for compulsory vaccination,” adding that “a state may, consistently with the federal Constitution, delegate to a municipality authority to determine under what conditions health regulations shall become operative.”

However, professor of education policy and law Kristine Bowman recently pointed out that the lawsuit emphasizing the emergency use authorization may provide a route to legal victory for the students.

“The FDA’s emergency use statute says people receiving the drug must be informed ‘of the option to accept or refuse administration of the product’ but also ‘of the consequences, if any, of refusing,’” she wrote. “How a lack of full approval would affect state decisions about school vaccine mandates and how the courts might view those decisions remains to be seen.”

An attempt to argue against mandatory vaccination policies in the workplace recently fell flat in a lawsuit a group of Texas nurses filed against a hospital employer.  There, the emergency use status of the vaccines did not convince a judge that the employee nurses could evade vaccination requirements.  The Texas case involved a private employer, not a government entity.